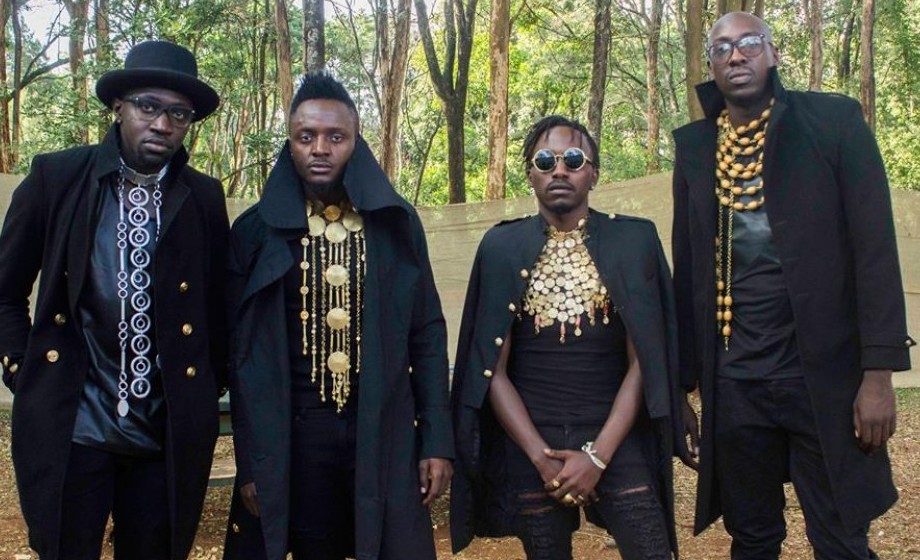 The gifted Kenyan man band, Sauti Sol, released their latest single Nerea and the fans have been gushing since. The song Nerea is a collaboration between regular hit-makers Sauti Sol featuring the amazing voices of Amos and Josh. You might remember the two bright prospects, discovered and polished in the talent show Tusker Project Fame. This is the 5th single from Sauti Sol’s upcoming album, LIVE AND DIE IN AFRIKA. Nerea is a beautiful blend of melodic male voices, emotionally pure with meaningful lyrics. Some might even say conscious. While Sauti Sol’s harmony never fails to hit the spot, it’s the message in the song that has become a conversation starter.

In Nerea, Sauti Sol make a pro-life stance, urging women to give the unborn child a chance to life. As expect, they ruffled feathers in the pro-choice camp. No consent over abortion is ever sought from men because stereotypically, men are never keen on embracing the responsibility of unplanned pregnancy. While there is no shortage of men shouting from glasshouses who insist on dictating what women do with their bodies, I don’t think I have ever heard a more sincere plea for the prospect of fatherhood from men until now. For a generation of men typecast for evading responsibility, Sauti Sol in Nerea, offer a powerful counter narrative. Some men care for fatherhood and they are ready to become fathers and raise their children.
I am a Johnny-come-lately to Sauti Sol’s music. I ranted about their skinny jeans fashion sense during my first encounter but when I caught on to their music, I was sold. I have nothing but respect for their talent and work rate. In Sauti Sol’s music is a script for the modern African guy. Any single mother raising a son alone would want to skim through Sauti Sol’s discography for progressive influence. In fact, Sauti Sol should be the ambassador for the boy child. In their latest song Nerea, they highlight positive masculinity for the boy child, by drawing inspiration from a cast of great African leaders. 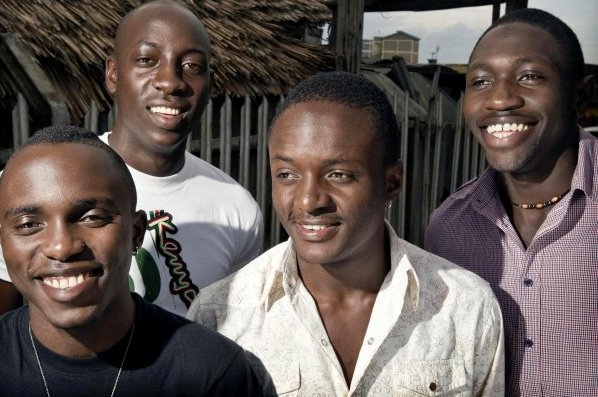 But to really get it, one has to go back to the beginning. Sauti Sol came into the limelight, fresh faced and bright eyed with their debut album Mwanzo. It was a new sound that transcended generations. They sang mostly in Kiswahili, coming across as patriotic and authentic. A world apart from the mindless copycat twaddle that dominated the Kenyan music scene. In the single Lazizi from the debut album we find a song for the young man trying to find his footing in the dating world. Sauti Sol takes dating back to the basics. That men should embrace the simple things, like taking the girl you like for a coffee date at Java. In Zosi, from the same album, they beseech a prospective girlfriend to see their budding potential as they stave off competition from older men with deep pockets. 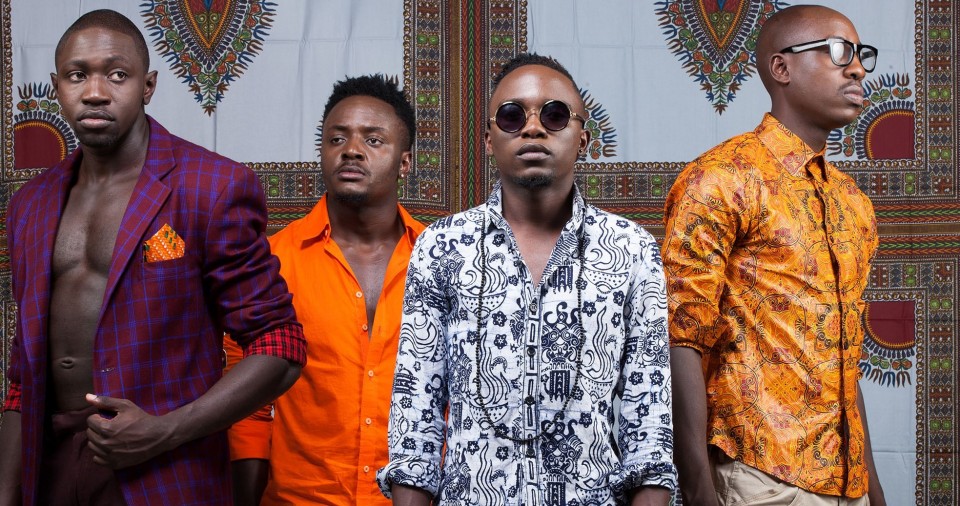 By their second album, “Sol Filosofia”, their lyrics got more poignant. In the song, Coming Home, we find an account how depressing men feel when they get cheated on and why suicide is not how one gets over a heartache. Romantic love is not worth dying for and that goes for football too. In the song, Awinja, sung in the Luhya language is a touching tribute to all mothers for the sacrifices they make in raising boys to men. They go deeper in I don’t wanna be alone Shukuru featuring rapper AY from Tanzania, where the refrain is to go beyond the allure of materialism and in search of a purpose driven and spiritual life journey. The song Soma Kijana is all about staying in school and respecting education even if all you want to be is an artist. Education and artistic pursuit are not at odds and they have degrees to prove it. Sauti Sol threw in a warning for the impressionable lads in “Money lover”. It is a song about the tribulations of new-found success, the hollow hype and the fleeting fame of showbiz. 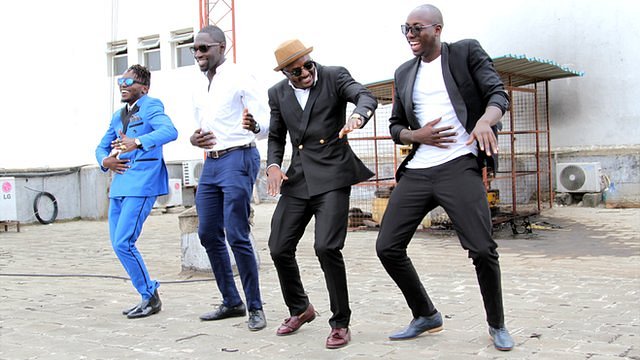 Sauti Sol group members are all in their late twenties and the maturity shines through in their highly anticipated 3rd album Live and Die in Afrika. Still The One, is a single dedicated to childhood sweethearts and for those naysayers who believe puppy love will never last. Then they switched gears and horrified their conservative base with the risqué, Nishike, a steamy, fog-up-the-windows and bring out the dripping chocolate, kind of love song. It was obvious that they had spent long hours in the gym and they came on set packing muscle including (formally-near-scrawny) Chimano. Surprise! Modern African men can play up sex appeal too. But they quickly won back hearts, including President Uhuru Kenyatta’s with Sura Yako, a song about a traditional pre-wedding ritual that had ‘good man’ draped all over it. Apart from the addictive sing and dance along tune was a subtle endorsement for the place of traditional rituals in contemporary relationships. 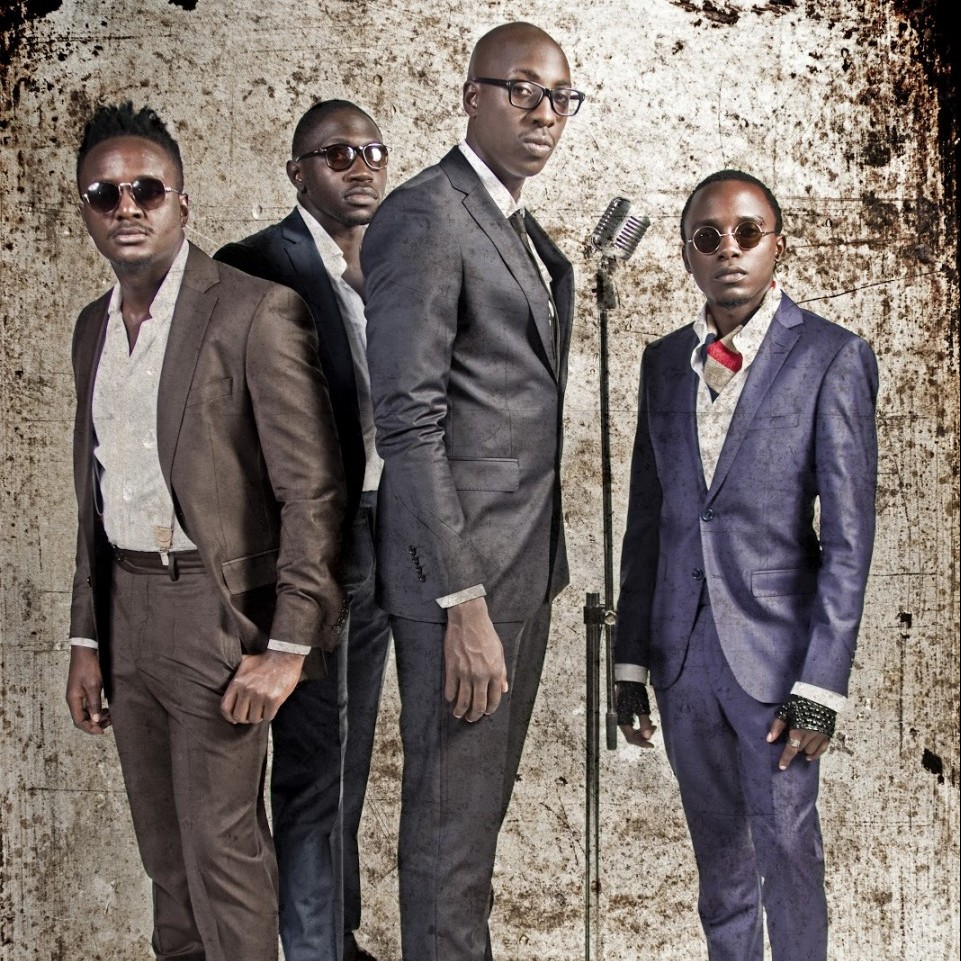 Therefore, any parent who feels distressed by the news of radicalized and disillusioned youth up to no good should not lose hope. On the opposite side of the spectrum is the Sauti Sol generation. Young men living, contributing and making it in Afrika. Bien-Aime, Delvin, Chimano and Polycarp better known as Sauti Sol have earned their place in Kenya’s list of most influential personalities. Enough said.