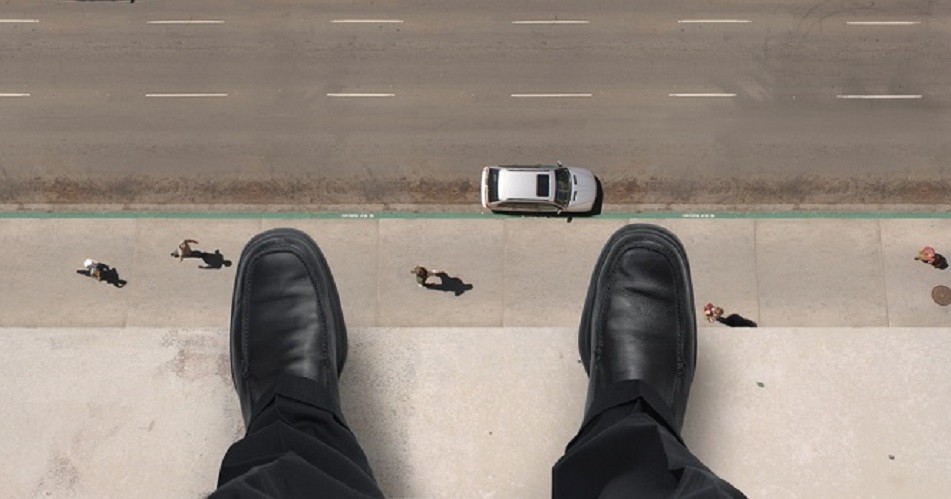 To commemorate the 15th anniversary of September 11th  2001, terrorist attack on the World Trade Centre, in New York, Esquire magazine, ran a captivating piece titled The Falling Man. It was a haunting long essay inspired by a blurry photograph of an unknown man plunging to his death in seemingly peaceful resignation to his fate. The unidentified man appeared relaxed dropping headlong, one leg folded, his white jacket splayed out, both hands aligned to his sides, in symmetry with the architectural structural lines running down the Towers.

The Falling Man was one in a series of photographs taken by Richard Drew, a veteran Associated Press photographer who caught the mass horror, of tens of Americans jumping to their death after the first plane hit the North Tower. The pictures of the jumpers were quickly censored in mainstream US for the obvious trauma that would be borne by the families of the victims. Conservative records estimate that 7-8 percent of the victims of the 9 11 terrorist attack, jumped or fell to their deaths to escape the burning towers.  Richard Drew’s Fallen Man picture became an iconic tribute to the unidentified victims who jumped.

The Esquire magazine feature was focused on the resolve of a reporter from the Toronto Globe and Mail to solve the mystery of the unidentified falling man in the picture. The reporter Peter Cheney would spend 9 months interviewing loved ones and relatives of the deceased in a bid to track the identity of the lone figure. He located and talked to families of the victims but none would corroborate with certainty the identity of the falling man. 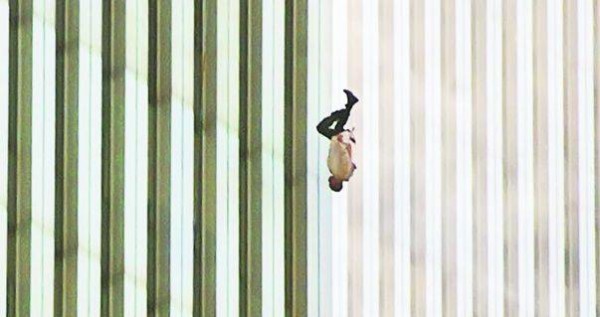 It was effectively an act of suicide, yet it read like an act of martyrdom. The jumper had decided to jump instead of choking in smoke or getting consumed by fire. Under these extraordinary circumstances, a man had chosen to check out. There could only be dignity and courage in taking one’s own life in this manner.

On one hand I could relate to the anger of the surviving relatives at their loss despite the lapse in years. I could also sense a latent anger reserved for the deceased for condemning them to a life of perpetual grief. The loved one may have died on impact but those left behind had died ten times over, unable to find closure.

The intention of the falling man might have been to end the pain but it just seemed to get passed on to the living, inherited by those bound to him by blood or affection.

I tried to find some context to the story with the recurring reports and accounts I had come across in Kenya. The dailies regularly report incidents of suicide. Stories of seemingly okay guys, who had just checked out, the new euphemism for suicide, are common.

Suicide largely is linked to mental illness or karmic tragedy. Victims of suicide are blamed for succumbing to triggers such as loneliness, depression, hopelessness, anger, social pressure, illness and drug abuse.

Nobody sees, that I am dead inside

I thought about the families left behind to deal with the impact of the stigma. In our society, suicide is viewed as a cowardly act and it is illegal to end your life by one owns hands.

Suicide is murmured, shrouded in mystery and approached with shock and denial. A death that was intentionally kept private is exposed to public scrutiny. The family of the victim is left to deal with the guilt of association and the sinking feeling of betrayal.

The victim no matter how notable their contribution in life, loses all trace of respectability. The funeral is marked by hushed tones of shame. The ceremony hurried as the mourners are plagued with thoughts of how the deceased ended their life and those they hurt.

Who are we to judge those who choose the dignity of death to stop the pain of dying inside? That is the irony of life. That suicide may be a solitary decision but it sends out ripples like a stone thrown into a pool of water, with far reaching consequences.

One who is trapped within himself, will do anything to be free

This is the silent tragedy claiming young lives in this country. For every time, we look away, close our ears to the pain of others, someone checks out and falls out of a window. It is not as simple as it looks from the witness stand.

The unidentified fallen man who jumped from the Twin Tower on September 11th  had to choose between death by fire or by falling to the ground. The fall was not any less terrifying than getting consumed alive by fire. Either way, the fear of death stalked. Standing on a window ledge, ready to jump to one’s death, pushed to the edge by the proverbial last straw, held a measure of dignity.

The witness standing on the ground, far below, looking up, would never fully understand why the falling man would choose to check out like that.

September is the Suicide Awareness Month

For help with suicide cases in Kenya, check the following links,

1 thought on “Why Did He Jump And Check Out Like That?”