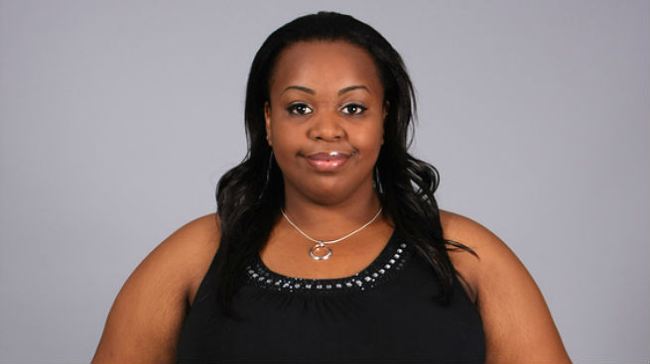 Once again, the countdown to Christmas has begun. For a long time, one of the key attractions of this festive season was lots of food: a major guilt free hogging opportunity. You were expected to eat to your heart’s content and no one took offence. You can’t do that anymore, because eating for enjoyment is today considered by some as reckless behaviour. Those in the know eat only for nourishment. The rest eat to live. However in a fat-phobic society, many women have gone into denial about eating, haunted by their cravings and ashamed of their bodies. I don’t suppose at anytime in our history as nation have women been so afraid of food.  The fear of getting fatter is driven by the sanctioned prejudice against big girls, because these days fat equates ugly bringing with it serious implications such as the inability to find a date.

You can’t even hide behind hereditary ‘fat genes’ or slow metabolism. There are large women out there spending valuable hours fantasying about bodies they will never ever have, even in their dreams! ‘If only I were slimmer, life would be perfect’ we wish. It’s the female equivalent of the prince stuck in a frog hopping and croaking in a frantic search for that elusive redeeming kiss.

Bear in mind, that I am not talking about the caricature shy pimpled-faced teenage girl overly conscious of her rapidly enlarging breasts that embarrassingly jig even during a stroll. This situation is a lot weightier. The arising reality is that our urban population is now getting heavier. The higher you go up the socioeconomic scale, the fatter they appear. Financially stable corporate type women have taken to making a lot of noise about the extra padding as they tuck in scoops of ice cream. You listen to the drone and it makes you want to weep. Some women insist on going into a mild depression because someone they have feelings for described them as ‘that fat chick’.  Even with high achievements too many women are still shackled with the notion of how looks define them as opposed to what they do and what they are.

They won’t go swimming and when they do, they hang onto their dear lesos right to the edge of the pool or arrive in some unsightly spandex biker shorts reaching down to their knees, displaying utter disrespect for swimming pool etiquette. Swimming is about buoyancy not the body.

To crown it all off, they get excessively sensitive, showing absolutely no tolerance for fat humour. I know husbands who panic whenever opinion is solicited in matters of dress. Saying something as simple as, ‘ honey, that dress makes you look plump’ to an already rotund woman could put a serious strain on your relationship.  A better reply should be ‘Your body is fine honey, just lose the dress.’

How did fat become a slur in Kenya? These are very recent happenings, possibly of foreign origin and as always we are prompt in blaming the advertising industry. But why do they insist on showcasing tubby girls only when trying to sell us cooking fat? The anonymous German frau who invented the ‘Black forest cake’, obviously has no idea how big her following is in Nairobi. This confectionary has played a far too prominent role in expanding waistlines, and should shoulder part of the blame.

The fashion designers haven’t been of any help either. First of all, they spend too much time designing clothes that are ideal for a superficial model profile that represents less than one percent of the women in this country.  With stretch fabrics and expandable waistbands, women have been fooled into believing that they can fit into their clothes no matter how much cake they have had and still appear shapely. The illusion is alarmingly arresting but in the all-important stage, when the clothes have been shed, many men feel cheated. With that visual, attempting to make love with the lights on could easily rank as an effective birth control method.

Don’t be alarmed. It’s not that men have a problem with plus size women. In the first instance, Kenyan men are in no position to wail about beauty standards. Considering that eighty percent of them sport low-slung potbellies. In fact pots have returned as a symbol of good health and financial well-being.

As I recall, in the good days when Voice of Kenya monopolised the airwaves, voluptuous women were desirable and still are. It takes a brave man to admit that nowadays.

In those times, protruding child bearing hips, cast against cinched waistlines were many a man’s dream. During Idi Amin’s tyranny, Bagandan women fleeing from the anarchy caused havoc in Nairobi largely due to their hippy nature. We were bombarded with perfectly sculptured hips enhanced by a waistline that put many a mosquito to shame. It was an era that many still remember fondly.

In those days Kenyan women, although not as hippy as the Ugandans (a simple case of genetic differences) understood the hip criteria. Fashion tended to emphasize hips and waistlines. In some communities, women known for their svelte forms wrapped extra padding to emphasize hip magnitude.

So how in hell did those standards suddenly change? We men have not stopped admiring voluptuousness. Perhaps a distinction is necessary. Voluptuousness is not fat. It is our genetic body type.

Therefore girls relax, take it easy and drop the diet  already! Some of our women now think finicky eating is cool and eating for enjoyment equals getting fat. What luxury! As I have learnt, losing weight is not based on any formula. There are thin folks who hog like it is work and gain nothing while for some, one measly bite of ‘The Black forest cake’ goes directly to the hips.

Dieting requires willpower that most people don’t have and besides it is a foolproof recipe for a long-term weight gain.

A recent (self funded) poll showed that most men associate voluptuousness with warmth, stability and maturity, essential qualities for a mate these days. A catwalk like body may make the young boys drool, but when it comes to marriage, it is the loveliness of the chubbies that does the trick. Real men prefer women with parts.

Women are therefore obligated to come out against the lame tactics currently in vogue. (Not to be confused with the magazine).

But, I guess it isn’t very useful telling the big boned babe that true beauty lies underneath when she hasn’t had a decent lay in eons.

The long and short of this is that nobody can put you down without your permission. There is nothing wrong with your body. Dress it appropriately and watch what happens.

11 thoughts on “Who Said Good Girls Don’t Get Fat?”