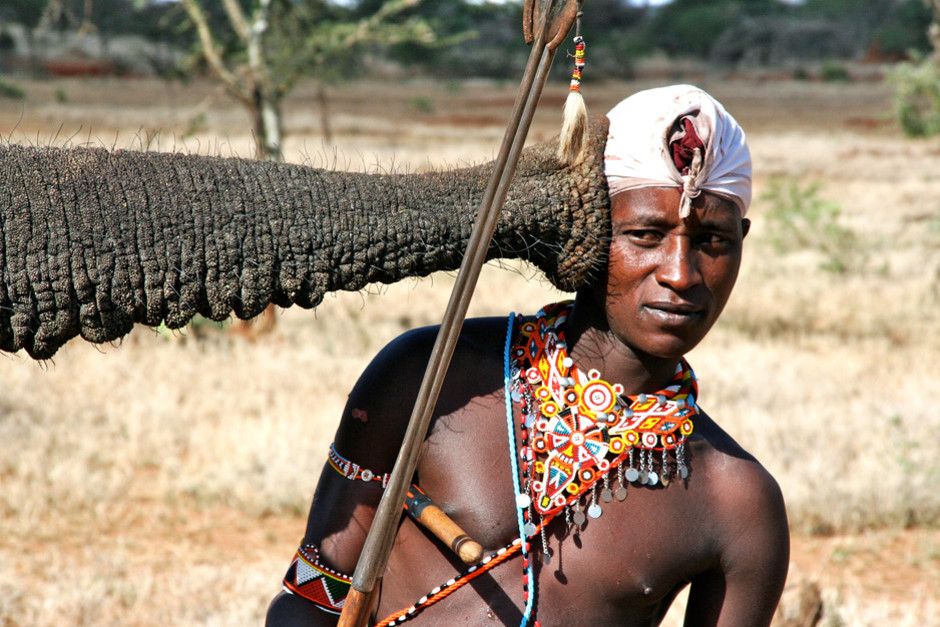 A Sports Illustrated online columnist described David Rudisha as the Maasai warrior. I found the term offending. British and America correspondents during the London Olympics would use the tag more than once in articles about Rudisha’s exploits on the track. Prezzo, the entertainer was also described by one South African news outlet during his stint at the Big Brother game show as a Maasai warrior and that ticked me off royally. Some smart Alec probably thought it was a complimentary thing to say. In this Google, Wikipedia age, that level of ignorance smacks of racial bigotry.

Some words are subjects of self pride and ownership. They are packed with layered meaning and are best not tossed about carelessly. For example, black people can refer to other black people as ’nigga’ but a white person cannot say that to his black friend without raising racial connotations. Kenyans can refer to each other as ‘nyeuthi’ but coming from foreign national it meets a frown. The people of Kilgoris may hold as many warriors banners as they wish to welcome back their brilliant son however the moment a Western sport correspondent uses the term Maasai warrior in reference to Rudisha, it gets personal. Who you calling warrior?

Mention Maasai warrior and my mental programming is tuned to see images of a man coated in ochre, wrapped in a shuka and holding a spear and stealthily approaching a lion that mauled his goats. That is the image of Kenya marketed to rest of the world alongside the entrancing poverty shrine known as Kibera. That face of Kenya does exist but it is not something I want rubbed in my face especially not on a stage as big as the Olympics.

A warrior in the Kenyan context is a nagging colonial stereotype that comes across as the coded word for a noble savage. What follows is another annoying romanticized description of old world Africa, where wild animals roam the plains and probably a commentator whispering “Watch the bravery of these Maasai hunters approaching a dangerous black rhino without it knowing to place a stone on its back to demonstrate their skill”. The culture of the African warrior is objectified and loaded with racist stereotypes of warlike savages with painted faces and bad tempers.

The insinuation is that Kenyan athletes succeed not out of discipline and commitment like their western counterparts but rather as product of an unfair advantage that is hidden in their genes and powered by ‘primitive energy’  needed to escape from poverty.

It is a fact that there are men brave enough to go after a lion in this day and age with nothing but a spear and a deep sense of revenge. But we do not call them warriors. We call them frustrated villagers living on the fringes of national parks known for giving the Kenya Wildlife Service ultimatums; take your animals back to the park or we kill them.

There is an unspoken rule, that Kenyan sportsmen and women at the world stage are tribe-less. When excels happens abroad, everyone is proud to be Kenyan first that includes Barrack Obama. So while Kenyans can use tribal stereotypes against each other, the moment a foreigner says, ‘Maasai warrior’, we take offense. Some people are just more sensitive to stereotypes than others.

Usain Bolt was supreme in London, the fastest man in the world no doubt. There is no argument that Bolt is one of the greatest sprinters of our time but his declaration as a self proclaimed legend must be taken as youthful zeal. I only wish he would let his countrymen and women gloat on his behalf. But Bolt knows showmanship is good for business. Hype sells particularly when you can live up to it.

Nevertheless it was a different brand of ‘greatness’ that I admired at the London Olympics. A supremely confident athlete kept his cool and delivered under pressure. That man, David Lekuta Rudisha historic ran at London Olympics has become stuff of legend in my books. It was the fastest 800m ever run. All the runners in that race were gifted on by Rudisha’s golden touch. The last placed finisher’s time would have been good for gold in previous Olympic Games. Sir Sebastian Coe, another great Olympian captured the essence this achievement when he said, “Bolt was good, but Rudisha was magnificent.” I think he is the greatest middle distance runner I will see in my lifetime and thank God! Rudisha is humble about it.

18 thoughts on “Who Are You Calling Warrior?”