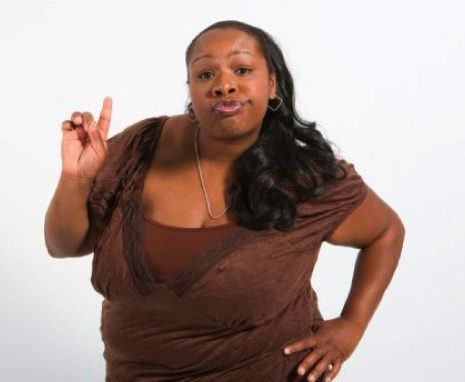 Brats are not born. They are made. Some parents churn them out like free bad advice in a bar and they grow up to be ‘special’ adults who make very frustrating partners. It used to take a village to raise a child. There was always someone around to set a kid straight when parents were too caught up to spot emerging bad behavior. That social system was shattered by urbanization and the extended village family has been replaced by the house-help and the television (or internet for the new gen) stepping in as surrogate parents. It does seem ironical that many good intentioned parents end up creating monsters. A child so spoilt, they ought to be declared rotten.

A simple girl from the village grows up with an acute sense of entitlement, guided by the need to be noticed all the time. When the attention is not forthcoming, they devise manipulation tactics, summed up as melodrama to ensure they get the attention they hanker for by all means necessary. We really cannot expect children to self-reflect and see one’s flaws. That is supposed to be the role of adults but not in these liberal times of precious children who can do no wrong. The consequence of this pampering culture is a child transitions into adult hood with the inability to distinguish between reality and fiction.

It can quite dramatic when it manifests in a marriage. The able husband who generates a tidy sum of money starts to notice his wife increasing sense of dissatisfaction.  The pattern is particularly predictable when the man is a generous provider. The spouse falls into a binging spree. The excitement to spend always afflicts those who stumble onto new-found wealth. They keep getting more and more stuff. But all that accumulation rarely delivers anything more than temporary gratification. When that gets old, the dissatisfaction is turned to the spouse who shoulders the blame for his wife’s lack of fulfillment. The wife starts to get petty looking for problems and subjecting the man to a ridiculous loyalty standard. Before you know it, every woman associate in a man’s life becomes a suspect and the man is labeled guilty until proven innocent.   The relationship starts to swing between speculation and denial.

Many men accept the blame in the beginning often guilty of some transgression in the past that keeps recurring as proof of dishonesty. But as the years wear on, they come to realize they created a diva living in suspended reality. The diva blows hot and cold, often resorting to melodrama to attract attention. Anything you say could tick her off and the man adopts a survival stance that involves minimizing opportunities for conflict. The first causality is the sex life which is withheld as punishment. The excitement dies and the man begins to spend more time outdoors under the guise of business which only heightens the tension at home.

The stakes can get higher when there is a child involved often the only glue that keeps a warring couple together.

Typically, the child is used as a pawn and the man lives with the constant threat of being separated from his children if he does not fall in line. One day, after years of nagging, the man snaps, takes back his freedom to think and walks but all we ever get to hear is about, “that lying cheating bastard, who doesn’t want to support his family”.

Former House Speaker, Kenneth Marende, introduced the phrase ‘feeling sufficiently philanthropic’. It was his way of saying that parliamentarians should only pay tax if they feel like. When you examine modern day relationships, one gets to notice that sex has been reduced to an act of philanthropy. In line with our Judeo-Christian cultural influence, sex is a fruit that can only be savoured after marriage and virginity still enjoys good premium. Women are socialized to play hide and seek, holding out, until the perfect man arrives to claim his prize. Sex in our social context is something the man earns as a reward for good behavior. Since the man cannot get sex when he desires it even when he is legally married, he learns to develop patience and read the signs. Some women derive a great sense of power when they deny a man his conjugal rights and relish having a man under their control. In the beginning it is exciting to be teased but no man enjoys getting teased all the time. He also has to be at the peak of his game perennially because a man is only as credible as his last strong showing. Women generally speak quite lowly of men who do not rise to the occasion in bed. The most demanding women do not usually update the skills that they pander and are never in any position to reciprocate the earth shattering loving that they demand. What she ends up bringing to the bedroom is fairly mediocre performance and hardly inspires the urge for a repeat session. Most women are actually socialized to respond to sex as if it were charity. It is only something to be indulged in when you are in good mood and feel like being nice. If only charity could begin at home.

2 thoughts on “When Your Wife Turns Into A Diva”