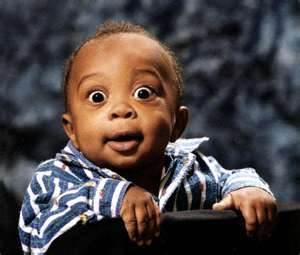 Every guy comes across that dreaded moment at one point of his life when his girlfriend says, ‘I think I am pregnant”. My moment of truth, now that I think about it, was most hilarious. She happened to be my first steady girlfriend and we were riding back from a trip in the country, chatting about nothing in particular, when she dropped the bombshell. You should have seen my face. My eyes started to twitch; the bhajias that I was happily munching away went stale as my jaw hit the floor. My head was spinning, I was speechless and the harder I tried to muster something to say, the more gibberish I sounded and in the end I just went, “uhh!” to which she responded, “We are going to have a baby, babie!”

I have never felt so uncoordinated before. Maybe it was the way she used the word ‘we’, dragging me into this unknown territory as an unwilling accomplice. The most I could say is “Are you sure?” asked in the same way you would ask a bomb expert, “Are you sure it’s the red wire?” She picked up the fear immediately and for the rest of the journey the once jolly couple was stunningly silent. I had the feeling that my reaction had killed the relationship. I was a wimp. My earlier bravado pronouncements of being willing to infuse into the human race a superior breed of Oyungalings were found wanting. For all the things I has said and done, this one moment was proof of my commitment to a life partnership.

Just to set the record straight, there was no child. My girlfriend was just testing my potential as a life long partner. Did I mention reading somewhere about women and their cunning ways?

Anyway what’s the matter with us men? Kids can’t be that bad and as Eminem, the singer, would say, “The product of hunk is hunk,” so wouldn’t you love a replica of yourself to ensure the survival of your somewhat flaky legacy?

Do I want children, of course I do? Right now? Well, there is the catch. Having kids is something you think about doing in the future, like hoping to buy a house in the future, when life is settled and finances are secure. That’s adulthood, we say, when we are ready, we will go for it, the ideal family of two children.

I know guys who have been living by that philosophy into their mid-forties and usually the thought of having a toddler at fifty stops them from venturing into the baby booming market altogether.

Back to my mystery, how does one deal with the I-want-a-baby partner? There was nothing wrong with the relationship per se. In fact if I recall correctly, I had started entertaining thoughts of perhaps she-is-the-one. I guess at the time, I figured a kid would spoil the freedom of my newfound adulthood. The folly of youth, I am told. A lot of my friends have kids and I always remember the first time I heard about it I exclaimed, “Awh, jeez!” what a mess he got himself into. But three or so years down the line my friends are still as youthful, happy and hang out always but alas they are more responsible. That means that unlike the perpetual drunk I am who lives from one booze plot to another, my friends now know that there is more to life than finding yet another joint with cheap alcohol.

You see, my married mates can leave a party before the bar runs out of liquor not because their parole officers (read wives) will raise a storm if they didn’t bit because they can look forward to doing something sensible like taking Junior swimming the next day as we bachelor types nurse our hangovers.

I sound like a man living in regret, don’t I? So what’s this fear of babies men can’t handle? I have seen guys unmoved by imminent beer shortages but mention those three dreaded words, “I am pregnant!” and the same man who has adoringly called you “Gorgeous” for the last one year, will say something as absurd as “Ehh!”.

I guess guys fear responsibility. I don’t want to start imparting my wacky morals of life to an innocent soul. Besides the fear of kids was induced early. Remember what your parents told you about getting a girl pregnant. The prophets of doom would be breathing down your neck, telling you about being ruined. So you imagine the state I was in when I entered my first serious relationship. I was a paranoid wreck and no fault of mine. Blame society. It was never really said, but at this point, all guys sort of enter into a contract with their partner to take a joint responsibility for baby avoidance. I mean we are both young and understandably a child at this point isn’t a cool idea. It is cool for a while, then the woman changes and she starts dropping statements like, ‘I wonder if that sweater would look good on our baby”. It is this plural thing that really freaks us out,” we, our, let’s”. Someone once said that for all the time men spend trying to coerce women into sex, they are paid back in life, by the women trying to coerce them into having babies.

How do I feel now that I am an adult? Would I go for a kid now? Perhaps, if only to give the world one sane brat. You look at all the teenagers around and you say no kid of mine will spot a ridiculous hairstyle like that. But you can never win. On the other hand, think of all the things you could teach the youngster like that his foot isn’t only for standing but for kicking footballs as well. Or I could try bring up my  own Tiger Pala and twenty years from now I would be sitting back, sipping beer watching my son win the Masters a sixth straight time on satellite TV as I turn around to my childless mates saying, “That’s ma boy”.

22 thoughts on “When Your Girl Wants a Child”