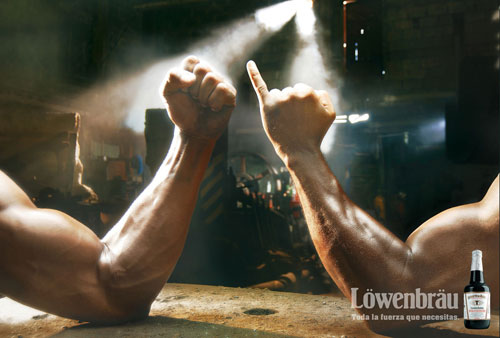 A man crush is a very 21st Century TV term. It is another one of those Americanism that is working its way into our consumer culture. The term man crush was originally associated with idolization of celebrities and something that I associated with adolescences. That is when a young man would admire an older TV man so much that he starts to ape the way they walk, talk, dress and act. A man crush is the new politically correct way of saying, I like a guy because he is cool but in a brotherly way and not in some homo erotic manner.  It used to be possible to have a same-sex infatuation without suffering a major sexual identity complex. But nowadays they are so many shades of sexuality, one feels the need to make themselves explicitly clear about where they stand. Hence the necessity of term like ‘man crush’. Therefore when I saw the slogan “the only man crush you are allowed to have” it sounded more suited to an evangelical hip church strategy for attracting youth to the ministry of Jesus Christ. That would pass for witty and catchy. Instead it was attached to the established Pilsner beer brand. We will just call that slogan what it is, sissy!

If the intention of the ad guys was to inspire some masculinity ideals then they missed that boat by a river. “Imara kama Simba” was cheesy but bearable. A beer ad can be moronic and over the top if the end goal is to be funny. We expect beer brands to push false bravado and we can live with patronizing slogans like “My Beer, My Country”. Beer ads are supposed to have some muscle. That is why animal symbolism tended to resonate with consumers. A lion, an imposing elephant or at least a snow capped mountain. Previously, beer marketing stemmed from the ideal of mastering the challenge of work to get the reward of beer. The theme of challenge was common and a man had to undergo a stress test like Michael Power ( remember this tough guy) in Guinness, to get a cold one.

Beers have since time immemorial been commercially packaged as a-man’s-how-to guide to growing up. Bad idea but that is the space we live in. There is the first beer ritual which has become a rite of passage for boys graduating to men. It is a universally shared mark of adulthood and a way of saying you are now old enough to sit among men. Beer is a symbol of equality and a social license that like visa is accepted everywhere. The ability to appear stone sober even when bleedin’ drunk is proof of self-control, an ideal that men live for. Beer is also a symbol of patriotism. You probably need to see how Kenyans in the diaspora react when they run into a beer from ‘home’.

That said, from the look of things, some beer ads are getting softer and metro possibly because they are more women in the bars drinking guys under the table and this new demographic is influencing the way beer brands are positioned. Beer bottles are getting slimmer, feminine and smaller. The iconic brown bottle is losing shelf space to long necks.  When long necks bottles were first introduced in my college years, most guys thought they were great as they offered good grip in case a bar fight broke out. Beers that were packaged for the female market like Redds were classified as ‘soft drinks’ and were only touched when one did not feel like ‘drinking’. A story was told of a man who crashed into a street lamp. When the police man asked him if he had been drinking, he confidently replied, “Of course not. I just had a few Smirnoff Ices”.

Man crashes are just not what they used to be anymore. Sigh.

1 thought on “What Happened To The Manly Ads Of The Old?”