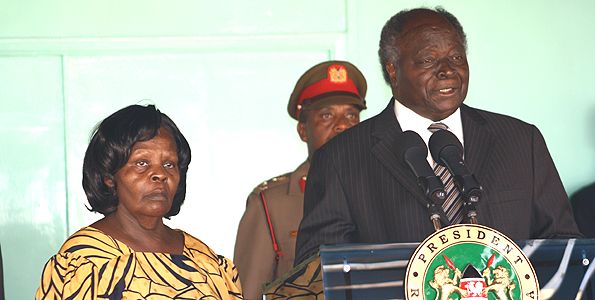 It was an interesting week in Nairobi. The Uber Vs Taxi wars got Nairobi’s resilient middle class picketing on social media. Uber’s mobile application has devolved the taxi business disrupting the industry and traditional taxi drivers were caught on the wrong side of change. Uber has made taxis affordable to the largely digital savvy and price sensitive middle class Kenyans. They may be locally situated but they think global and digital enabled convenience is all they know.

Disgruntled traditional taxi drivers missed this memo. When some individuals resorted to intimidating Uber affiliated taxis with violence, the response was swift. Where collective non-political middle class issues arise, tribal nuances are almost absent. The attacks made headline news, got threshed out on morning radio talk shows and trended on social media. I talked to one taxi driver to hear the other side of the story. Duncan who operates in Nairobi’s CBD begrudged the mobile app wreaking havoc on the old way of doing business. Despite the backlash, he reasoned that most Kenyans did not understand the reality of the streets. “To us, the grind is a street fight where everyone is a dog of war roaming the streets to fend for themselves”. His last note was weighed down with resignation. He knew his version of reality would not get much air play. It was his moment of truth. He was smart not to act out his anger because actions have reactions for some Kenyans. The repercussions are immediate. Those caught involved in criminal activity will be signed up for free lodging courtesy of the state.

It does not help that the law is an ass and highly selective. Legal consequences never visit the transgressions of elite Kenyans who would reduce the Uber vs Taxi squabble to a hissy fit over a game of scramble at an old people’s home. We have created a class of untouchables. They can spew hatred, steal with impunity and when caught in the act, they snarl back, Utado! The crimes of the untouchables are paraphrased as economic crimes, a synonym for Forget-Me-Quick. Goldenberg scandal is but a distance memory. Keeping track of the new scandals is about as tedious as keeping up with the Kardashians. It is only February and the Supreme Court is embroiled in a bribery scandal that is almost too grave to contemplate. It comes hot off the pan after the Eurobond saga that was extremely fuzzy for anyone with rudimentary financial knowledge. The attack on a KDF base inside Somalia slinked in out of the news as quietly as Nigerian President Buhari’s state visit. In such an environment, where the official policy is Don’t Ask and we Won’t Tell, journalists exercise self-preservation tactics of lying low like envelopes as Ol Ntimama famously said, lest they commit the crime of being too damn frank.

The sums of public finances, gone without a trace, is boggling. The greed on display is unrestrained. Any pretense at a value system has been crushed underfoot like a roach. The country’s energy is dedicated to the 2017 election outcome. Citizens gawk on the side lines, charged up for the grand finale and emotionally invested in the success of a side, they claim no stake in. All must pick a side to belong, for we are consigned at birth without consent, to submit to political domination.

It is a highly confusing state of affairs, for young Kenyans growing increasingly unfazed by accounts of legalized thievery committed by the elders. So, I thought it would be reasonable to share some insights gleaned from hip hop for a digital perspective. Underground Hip Hop is a genre that has to grow on you and it appeals to seekers of socially conscious lyrics.

Filter through black America‘s underground hip hop artists from the 80s and 90s era and you will find gems with powerful messages, delivered with sublime beats accompanying poetic verses. The kind of music that leaves the lasting memory of a beautiful story, well told. Verses that stick in one’s brain like an old habit. Underground is where true hip hop lives and thrives even in Kenya. Look no further than Kitu Sewer and Frank Mteule’s poignant track, Wanasiasa. These underrated artists use their rhyming prowess to shine light on social truths considered too raw for commercial mainstream tastes.

One of my top favourite acts from New York was the legendary duo Gang Starr, featuring Guru as emcee with his hypnotic monotone and DJ Premier on the decks dropping the beats. The track that turned me into a fan was the “Moment of truth” (Google is your friend). The song had a clear message.

The search for the truth is a personal endeavour. No one can do it on your behalf. Because no matter what we face in this life, we must face our moment of truth.

5 thoughts on “We Must Meet Our Moment Of Truth”