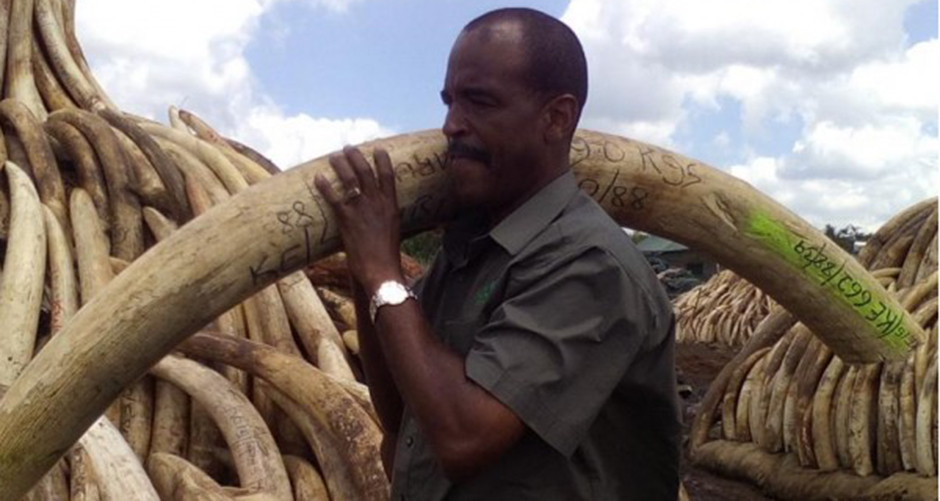 During a magazine interview, three years ago with conservationist Jim Nyamu of the Ivory Elephants Belongs campaign, talked about how emotional he got the first time he witnessed the burning of ivory during an awareness walk in the US. Some tusks were still blood stained and it affected him deeply just thinking of how the elephants met their death. At the time, I thought he was getting overly sentimental. That was before I realized that elephants were in real danger of extinction within my lifetime for no other reason than human vanity and my silence was an endorsement of this carnage.

The systematic violence against wildlife has been going on centuries and Africans have been principally bystanders or accomplices in the slaughter of their wildlife resource. Since the 14th Century, ivory has been a highly valued commodity from Africa and the source of exotic symbols of wealth for European invaders, Asian and Arab animal trophy barons. With the arrival of the European colonial powers armed with gunpowder, the idea that animals were placed on earth for our amusement, to do as we please became ingrained. Hunting for food was dismissed as primitive and outlawed while hunting as a game and sport thrived. The historic ivory trade was a conduit to the slave trade as slaves served as porters moving ivory from the hinterland to the coast.  Ivory hunters progressively wiped out elephants in North Africa, West Africa and much of southern Africa.

By the start of the 20th century in Kenya, several local communities had been stripped of their rights to wildlife as a matter of policy, their lands forcefully confiscated to establish game parks. A small group of conservationists became the custodians of our wildlife in a case of blatant eco-colonialism. It maintained that animals were endangered by human (read native) populations and designated large swathes of formally communal grazing lands towards national parks.

Communities that had co-existed with large populations of wildlife for generations were often portrayed as ignorant bush meat hunters and their livestock seen as competing with wildlife. The legacy of eco-colonialism designated the management of our wildlife resources to a handful of individuals sometimes controlling ranches that are equivalent of small European countries in landmass. Conservationists progressively built ivory towers, engaging in only peer to peer discourse totally ignoring the communities who lived among the wildlife.

Communities historically displaced during the establishment of these conservancies have since grown up to see no tangible economic benefits from the animals they host. The average Kenyan is yet to visit many of our world famous parks not for lack of money but ignorance perpetuated by the legacy of eco-colonialism.

Policy makers have to climb down from the ivory towers of elite conservancies and mainstream conservation knowledge. In Kenya, 70 per cent of the country’s wildlife live outside the Kenya Wildlife Service jurisdiction competing for space with expanding human populations, demanding more agriculture land holdings and new settlements. Animal-human conflict is bound to escalate and the only way to stop this inevitable calamity is to give those closest to the wildlife some incentive to care for the animals.

The urgent concerns of primary communities have to be addressed if there is any real hope at winning over public participation. Children have to be taught that animals are our heritage and we are merely the custodians. We have to share our land with wild animals as we have done for generations.  We all have to become informed citizen rangers and proactive in our roles as custodians of wildlife as a natural resource for our children’s children. It would be greatly disturbing to be part of the generation that stood aside and said, “When they came for the animals, I said nothing, because I was not a tourist”.

3 thoughts on “Time To Climb Down From Ivory Towers”