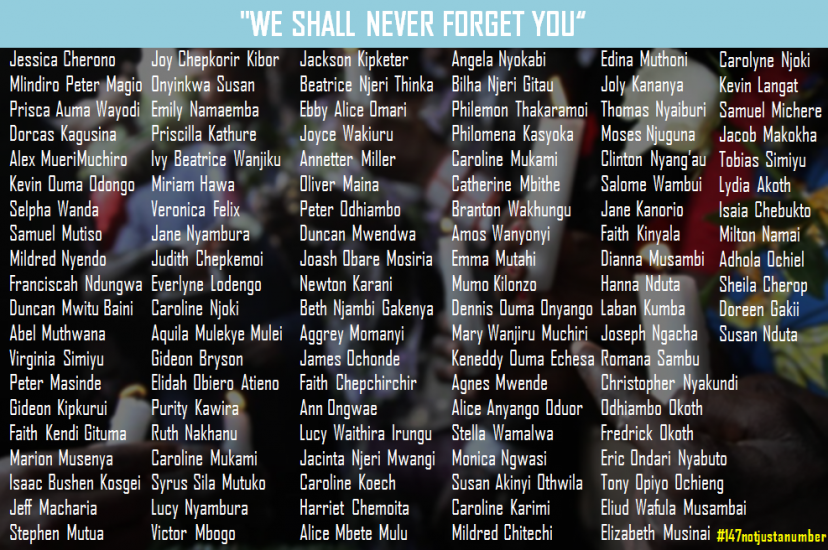 Every terrorist attack in Kenya, draws out all manner of security experts expounding on ‘would have, should have, could have’ theories. But almost all commentators agreed that Al Shabaab carnage at Garissa University was on record the most gruesome episode of terrorism we have witnessed in modern Kenya. Never have we seen so many lives, so young, die so senselessly. A proactive government response in the nick of time would have saved hundreds of lives. In the aftermath, we heard senior members of government defending the indefensible. Cabinet Secretary for Foreign Affairs Amina Mohamed talking to Christiane Anampour of CNN claimed the response time was ‘adequate’. There can be no glossing over the loss of over 147 innocent lives. But glossing is exactly what has been witnessed in the aftermath of the Garissa massacre. A truck load of excuses was offloaded from the official quarters. The men in charge of the nation’s security issued the customary stern but empty response to the crisis of terrorists snuffing out the lives of innocent citizens at will. The pundits insisted that ‘radicalization” and a list of terrorist financiers were the bone of contention. The spin doctors reminded all not to lose sight of two years of Jubilee’s government’s achievements.  In the mainstream press, the urgency to move on was captured in headlines that read “Kenya attracting investors despite terrorism”.

As ordinary Kenyans joined the affected families in mourning and burying their dead, another recurring question sprung up in blogs, Facebook posts and discussion forums. With no help coming to the students under siege, why did they not put up a struggle?

Most of these comments are voiced by inexperienced during lapses of bravado and ignorance. If a man had a gun to my face, I can most certainly tell you what I would do. I would remember that I was not in the movies. I would not do anything stupid. I would pray for divine intervention and hero to save the day.

The hero stories may appear absent in the stream of witness accounts after the Garissa attack unlike what we saw during the equally bloody Westgate siege. This partly due to our national imagery of heroics, crafted loosely around the tough guy character of Jack Bauer from the “24” TV series. We are socialized to the idea of someone licensed to kill on our behalf. Therefore, the hero who fights back using nonviolence tactics does not draw as much attention. The hero who does not live to tell his version of events is buried as an anonymous victim. 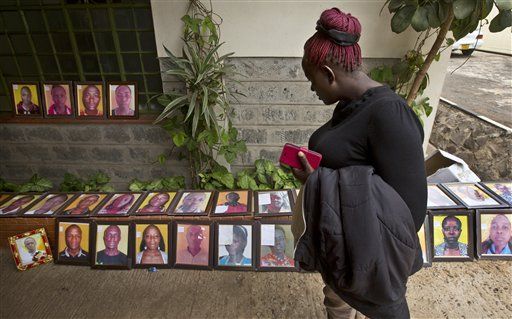 When confronted with violence, to choose the path of non-violence is portrayed in popular press as a sign of weakness. It is commonly believed the only way to stop evil men is to give them a taste of their own medicine. Face fire with fire. Redemptive violence is even scripted into cartoon character plots. In Tom and Jerry, the weak get even eventually. However, there is a lot of grey matter in life and history provides a different lesson. To stop evil and heal its effects takes a self-conscious and committed effort to creating a society that is not dominated by injustices and systemic violence against its most vulnerable members.

Mahatma Gandhi led a non-violent movement that played a pivotal role in Indian’s independence from British rule. Martin Luther King Jr non-violent protests galvanized hundreds of thousands from all races across America in what became the civil rights movement. Rosa Park refused to give up her seat to white man in segregated North America in 1955. That act of silent defiance became a symbolic turning point in the fight for equal liberties in America. The South African resistance against the apartheid regime was largely non-violent.  The fall of President Blaise Compaore 27 year old dictatorial regime in Burkina Faso happened because of the spontaneous nonviolent nature of the Lwili Revolution.

Nonviolent movements have succeeded where violence failed. The world over, non-violent movements have brought about more change than violent agitation. In the words of Martin Luther King. “Nonviolence is a way of life for courageous people.” It is possible to fight evil without transforming into the evil we detest.

Consequently the body of students in Garissa University who accepted their fate exercised extreme courage. When violence is not the nature of one’s life, one can only confront evil with compassion. Left with no recourse but to face the murderer’s barrel, they resigned to their fate with innocence of lambs. Their pain has reverberated through out the world with students from as far Venezuela and as diverse as South Africa joining in solidarity.

The murdered students of Garissa gave their lives that we may live. The death toll after Garissa is a testament to courage under fire. Those students could have been any one of us and they serve to remind us not to take our lives and security for granted. May their ultimate sacrifice never be forgotten. 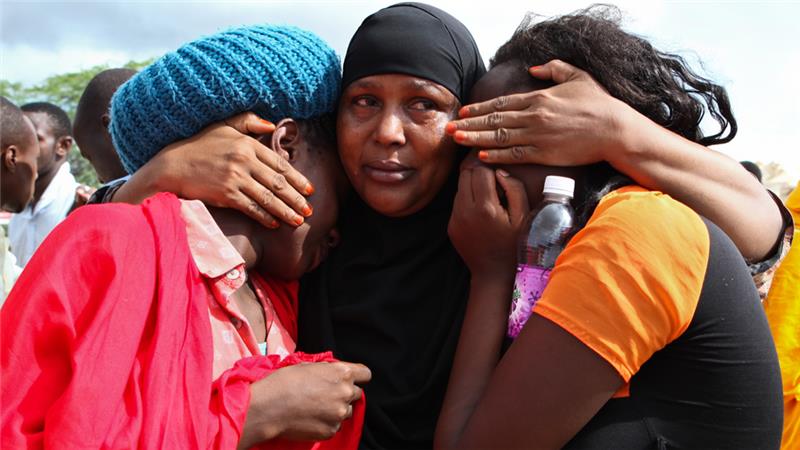 DO NOT SHOOT! I AM NOT RELIGIOUS!

All through the Easter weekend, I was greatly troubled. The terrorist were at it again and my radar was back on full alert. I am a civilian with no military training. My survival depends on mostly common sense and gut instincts. I knew I was to avoid crowded places. As it stands, the terrorists have effectively curtailed my social experience. After Gikomba, open air markets are to be avoided. I stay away from malls during peak hours. Any crowded bar leaves me uneasy. I consciously scan the crowd, profiling everyone at busy bus and matatu terminals. I stopped feeling safe in churches. In fact, any church that does not have a guard with a metal detector at the entrance and CCTV cameras around the building is simply not taking the welfare of its congregation seriously. Now, universities and academic institutions have joined list of places to avoid unless absolutely necessary.

The latest terrorism attack may have happened in Garissa, a good 300 plus kms from Nairobi. Nonetheless, it felt as real and as painful as something happening next door. Ever since I witnessed my first terrorism attack in 1998, during the bombing of the American Embassy in Nairobi and consequently the Cooperative Bank by Al Queda, I have always known that when it comes to extremists, we are all sitting ducks. What spares one from death is sheer luck.

There are enough things to worry about in Nairobi. Petty crime on streets, con men lurking in the corner, hard knock burglars, carjackers to unsafe public transportation. But these criminals hiding behind the guise of religious extremism have moved to the top of the list of ‘most dreaded’ people to avoid in the city. The threat of terrorism has become commonplace. Al Shabaab has become our bogey man, lurking in every corner making innocent civilians collateral damage in a war they do not understand. A terrorist attack could happen at any time and to anyone. An insightful tout compared it to the HIV virus. It does not discriminate.

Nonetheless, the incidents of Mpeketoni, Mandera, Westgate and Garissa have brought to light a new pattern of religious profiling. Of all the stereotypes that we had to bear in this country, religious affiliation was usually the least of my worries. To think that the choice of life and death is reduced to recalling a religious prayer. Dying for your religion is not option to entertain, especially when you are closer to an atheist than a devotee. We have to chase these crazy extremists out of town before the paranoia consumes us all.