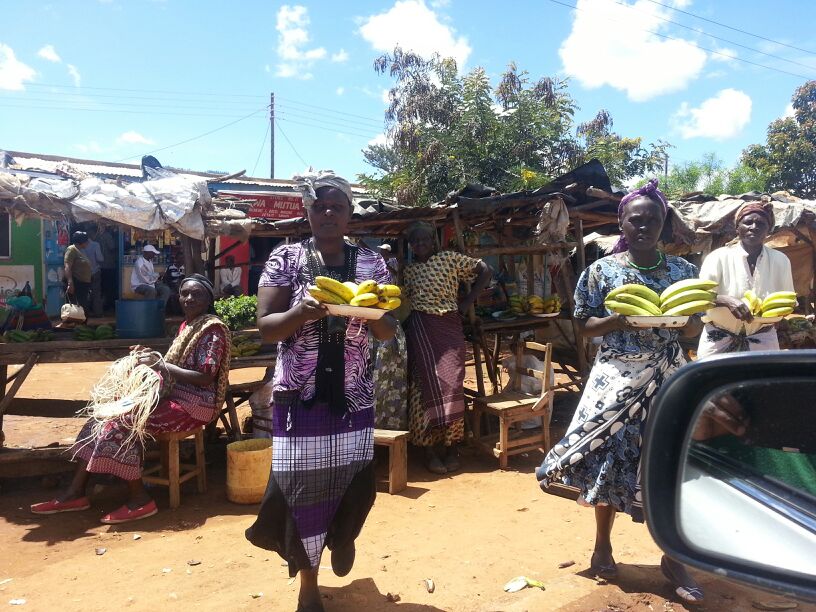 The Amstelveen bus station is located under a large parking lot serving the Stadshart shopping mall where several luxury brands have stores. It is not the kind of bus station that I am used to and I find it quite sterile. The passenger platforms are wide and mostly empty and the walls on one end are a dull grey in a way that emphasises the often lugubrious weather in Amsterdam. There are two lanes where the buses enter and exit smoothly and on time. The drivers never honk their horns, or leave the engine running as they go off to look for a toilet. There are no touts jostling for customers or hawkers trying to catch the eyes of passengers through the windows. I have never seen a queue for the bus even in the rush hour. The efficiency of public transport in this new country can feel robotic and it does not encourage idling.

But today, I find myself idling because I did not bother to consult my transport app to time my departure to precision. The electronic bus schedule screen tells me that I have a twelve minute wait time for Bus 348 that takes me to Amsterdam South station where I can catch a train to the North.

From where I stand, I spot a motherly figure about 20 metres away walking calmly towards my direction. She stops in front of a pay point. The Netherlands uses a cashless system and you have to buy a ticket to use a bus, tram or train. She starts ruffling through her bag. I find myself staring at her unusual presence and instinctively straighten up as one does in the presence of a woman deemed to be in the age group of one’s mother. I have this sudden need to be helpful but all I do is stare at her.

Where has she come from? Did her son or daughter, probably an African expatriate send their old lady off to catch the bus on her own and now she had lost her way? Did she even know how  to navigate the foreignness of this place?

I jump to all these conclusions based on her appearance. She is wrapped in patterned and coloured Swahili lesos (a shawl), one wrapped around her waist falling all the way down to her ankles, another over her woollen sweater and tied in a knot just over her chest. Her head is wrapped in a headscarf of the same pattern and colour design as the lesos. In a country where the default fashion style is dark and dull hooded jackets and boots, she stands out like a peacock fanning its tail feathers.

She is now standing in front of the pay point about 10 metres away from me. She has a branded shopping bag strapped on her shoulder and she reaches under her armpit to fetch items from its depths. I recognise the Nairobi-blue brand colors of the Albert Heijn supermarket chain. Her manner is nonchalant which leaves me conflicted. I am trying to be culturally appropriate and to ascertain that this elderly African woman is not having any challenge finding her way to the next destination.  Yet, I am restrained because this is the Netherlands, the land of mind-your-own-business and don’t look me in the eye. Overly polite gestures are thought of as insincere and put on.

Her stout short build, her firm belly bulge and dark wry face is a familiar presence. One that I had met throughout my life, in rural market places in the early morning spreading out their  fresh vegetables by the roadside or at funeral wakes, singing gospel hymns with the choir under a tarpaulin tent cover, facing a coffin on a chilly night, in the village.

The leso, also known as the khanga is a traditional rectangular shaped textile that is worn by women in East Africa. They come in an assortment of intricately patterned and colourful designs, and sometimes with a cautionary message, a Swahili proverb, written on one of its sides. The leso is a ridiculously versatile garment. It can function as a ground cover for sitting outside on the grass, a baby carrier for a working mother, a pouch to store valuables, a towel and a blanket. Only that I never imagined its function as a shawl for the cold in the early winter weather.

Kenyan oraturist and artist Mshai Mwangola, once called it, the cloth that speaks, and these lesos were speaking to me, transporting me back in time and place, to a world that was thousands of miles away from here.

The woman in a leso seems to be struggling with the pay station where one tops up the balance on their bus card. Maybe she needs the language of instruction changed? I begin to summon fresh courage to approach and politely ask whether she needs any assistance.

Then I notice that someone else had beaten me to it and I find myself getting possessive.  Everything about this individual looks disheveled. He has on a layered faded green khaki jacket with deformed pockets.

I had seen this man earlier, squatting with his back against the wall and I thought that was an odd position to be in, on a Saturday afternoon in this upmarket location. There is an air of despondency around him and I get an even stronger urge to intervene.  But he is already assisting her and fiddling with the pay point.

I notice his height. He must be Dutch, for they are a tall people who I think of as the Dinka of Europe. He is also gangly and he towers over the woman in a leso. I also notice that he has a lit cigarette in his free hand and that only serves to trouble me further.

Didn’t he know that this is a cultural faux pas? You never smoke in front of an elderly woman? Jesus Christ!!! Where are your manners?

This conversation is all going on in my head and I make no attempt to move in their direction, sparing only the occasional glance in order not to appear overly interested in the affairs of the woman in a leso.

She continues to speak to him as he fiddles with the machine and after a short while, it appears the problem has been resolved. Then, I see the tall man hand the old lady a lighter and she proceeds to extract a half smoked cigarette, that she lights up, taking a long drag like a smoker who just got off a 10 hour flight from Perth to Johannesburg.

The tall man resumes his earlier posture by the pay point.

The woman in a leso continues puffing away without a hurry in the world. Three young Asian women walking past her, frown disapprovingly. One even makes an attempt to sweep away with her hand, the cigarette smoke wafting up their path.

Two buses arrive in tandem. The 347 and the 348. As I wait for the passengers to disembark, I notice the woman in the leso talking to the driver as if seeking clarification. I think she has a firm authoritative voice but since I am out of earshot, I cannot make out what is said or catch her accent. After a minute, I see her walking back and she enters the 348, the same bus I am in.

The long red bus takes off, riding low and snaking smoothly around the roundabouts. At every next bus stop, the automatic doors open with a hissing sound and cold air from outside drifts into the bus. The passengers are subjected to routine recorded health safety announcements in both Dutch and English, “Please wear your face masks properly’’.

The woman in a leso has her mask under her nose and she is standing even though there are two empty seats next to her. One hand grips the railing firmly and she appears to be familiar with the rhythms of the bus, her feet steady and swaying with a fluidity I was not expecting.

The next stop is a narrow street lined with old trees with knotted trunks. The electronic signboard in the bus reads Kalfjeslaan. The bus stops for some time as the driver has to put out a ramp for an elderly lady in a wheelchair to disembark, so I take a moment to look at my surroundings.  On the right side of the bus stop there is an aged church building in red brick with a tall bell tower next to it. On the opposite side across the road, I see a brown bar, a corner liquor store and next to it, a coffee shop named the Border. There is a motley mix of people standing in the queue facing the bold green signage of the coffee shop.

Then the woman in a leso appears in my view walking to join the queue with the same calmness as when I first set my eyes on her. I find myself chuckling under my face mask because I would never have guessed that the woman in a leso, the old lady I desperately wanted to assist, was a disciple of cannabis.

I wish I had caught her eye, standing at ease in that queue to the coffee shop. I would have told her…I know you are a complete stranger but I know you. You are my aunty from the village, the defiant one. The one who rolls her own cigarettes, smokes laced tobacco, drinks the local gin and the men, do not walk on her wrong side. You have probably refused to accept Christ as your personal saviour and do not have a single bone of affectation in your body. You are from the league of badly behaved women who were shunned by society because they were not demure and avoided because they only speak the truth.

Every village has one. They may be disparaged as social misfits, openly loathed but secretly, they are admired because they are no longer afraid to be themselves in a society where people prefer to hide behind facades of good behaviour.

5 thoughts on “The woman in a leso”