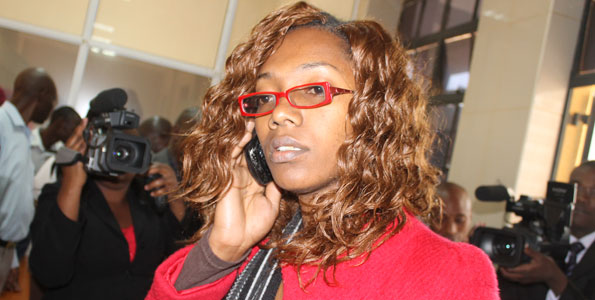 The first time I visited the South East Asia countries of Thailand, Laos and Cambodia I came across a common refrain. Look out for the ladyboys or katoeys. I was warned by other tourists that some of the most beautiful women could be men. The veterans told me about a physical test, the signs I was supposed to look out for. Check the Adam’s apple, apparently a dead giveaway or the hands. All over the world transgender people are stereotyped and with internet porn, they are reduced to a freak show. The only pictures most people have seen of trans people is as hypersexual pornographic performers, existing solely as a perverted fetish for closet fantasies.

But in Asia I found they were culturally sanctioned as the third sex. Basically individuals, who do not fit into our strict Judeo-Christian ethic, of male or female. Though they face their fair share of discrimination mostly by outsiders, they were accepted as integral to the complex fabric of humanity. In a highly phobic society like Kenya, the very idea of intersex individuals is still alarming and will be probably tied to some biblical apocalypse causing random social panic.

Most people can’t comprehend why a “man” would “want to become” a woman. They assume that it must be for one thing only: a sexual fetish or a mental disorder. Male to Female transsexuals are born genetically wired female and trapped in male bodies. Some seek surgery but specialists are lacking and the procedure is expensive so most have to live with the disparity.

Lately, one intersex, transgender activist has been thrust into our fetid prime time circus. Her name is Audrey Mbugua who was born Andrew Mbugua. The news media has reduced her pertinent issue to simply as the Kenyan “man” who wants his name changed to that of a “woman”. The bias smacks of ignorant prejudice. In a landmark case, Audrey Mbugua, has sued the Attorney General and the Kenya National Examinations Council for failing to recognize her plight. Audrey recounts a distressful tale of discrimination and the repeated humiliation in the face of public officials who are unable to comprehend the different reality.

Intersex is not a disease, a disorder or a medical condition. It is a biological reality that occurs in a percentage of the population and has been hidden. Doctors panic when they encounter “ambiguous” genitalia. Therefore intersex individuals become regular guinea pigs subjected to surgical correction procedures to assign them a gender category that renders them ‘normal’.

Kudos for Audrey who has shown incredible will for intersex persons by breaking the silence and confronting the ignorance and denial of the existence of intersex individuals in Kenya. Audrey enjoys some sympathy simply because she looks like a woman. If she was androgynous, the reaction would be harsher.  Gaining acceptance to live as the gender of your choice is a hard transition.

The reality is that boundaries defining normal keep expanding and that is unsettling. What was considered sexual abnormality has to be re examined. We should learn from cultures older than ourselves who are tolerant to differences. Learn to distinguish sexual orientation from gender and deal with the category of intersex individuals. Different variations exist and we will see more. Gender is a product of socialization, sex is biological.

Lest we forget, despite the fact that we have been around for millennial, being black was until recently abominable.

8 thoughts on “The Third Sex: The Curious Case Of Audrey Mbugua”