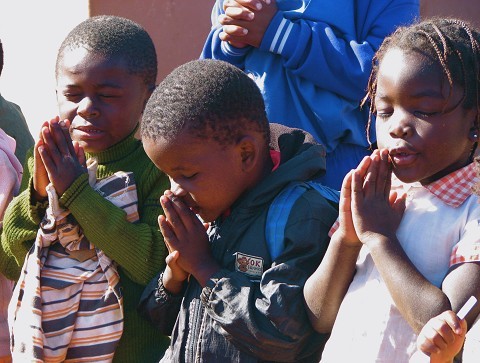 President Kibaki attended his last national prayer breakfast as president at the Safari Park hotel last week. The country’s upper class gathered for a sumptuous breakfast at the five-star location and took time off their busy schedules to pray for the country.  The highlight was the parliamentary choir that featured the likes of Samuel Poghisio and Eugene Wamalwa singing “Amazing Grace” in voices so faint, I suspected they must be a stiff penalty for singing off key.

As the cost of living continues to rise to unprecedented levels, political leadership has learnt to feign concern by conducting prayer rallies. I guess it’s ok for leadership to start wars they cannot finish, abandon innocent women and children in dilapidated camps, give salary increases to the super rich parliamentarians and at the same time increase tax on the poor, dismantle national health security, by siphoning public funds to tax havens, fraternize with drug barons while the youth turn into junkies, argue about who’s to blame for rising fuel prices while peddling contaminated fuel to motorists, dumb down our kids in schools, underpay the police while negotiating with secessionists, delay constitutional reform  with constant legal squabbles and consolidate power amongst a band of self righteous liberators as long as they remember to pray for the good of the country.