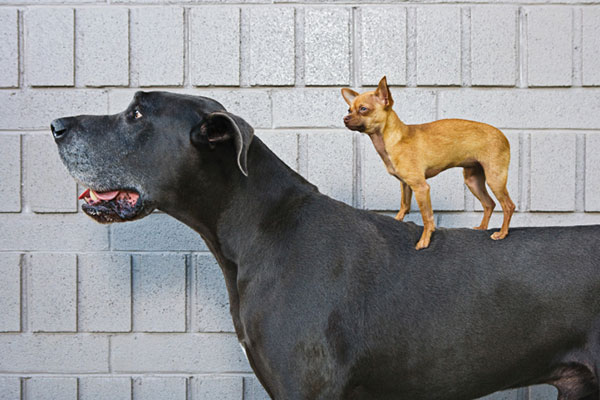 I met a friend whose is paid to track trends online and she shared some interesting stats. According to a research report conducted on married women a few months ago by Plosone.org, size does really matter but for all the wrong reasons. The distressing report suggested that contrary to prevailing stereotype about organ size and corresponding pleasure, the larger a man’s penis, the higher the chances of his wife cheating on me. I am not making this up.

The sample group of 545 women who were captured in this survey, gave varying reasons for this conclusion. Top of the list was sexual satisfaction and how endowed brothers generally do not always use their gifts of nature to bring about world happiness. Larger members are associated with pain and discomfort which interferes with sexual satisfaction. Therefore a spouse who is attached to a gifted man does not always have a happy ending to her story and is more likely to seek compensation elsewhere in small packages. That’s akin to presenting your wife with a brand new Range Rover Sports and she ends up begrudgingly telling her friends at work, that all she wants is a mountain bike.

Obviously these findings have to be challenged because a multitude of egos and reputations are built around the mythical properties of size.  There is a thriving industry that is dedicated to organ enlargement and men all over the world have broken their backs in search of compensation for what was believed to be a genetic disadvantage. I am making reference to the automobile industry. All those funky symbols that define masculinity, are generally meant to distract potential partners from focusing on what was thought to be a shortcoming. Then to be told that the alleged shortcoming was never the issue, is simply cruel.

Men are socialized to be performers between the sheets and size was what we were led to believe was that secret weapon that held the competition at bay. Women have regularly dismissed brothers who show up short in bed and African men who did not receive the gift of elongation have often been left holding the short end of the stick.

In the game of infidelity, men are regularly gender profiled. Every man in a relationship knows that he will be assumed guilty until proven innocent.  Women will also conveniently find a default reason for cheating on otherwise committed male partners. Every time a woman is caught in an extra marital affair, it is generally assumed that her husband drove her down that road. It is part of our society’s warped socialization. One’s wife can slam a man across the face with a frying pan and even his male colleagues will blame him for provoking her fury.  The most common excuse female partners’ level for infidelity is revenge (tit-for-tat) domestic abuse and sexual satisfaction, the latter, which is working its way up to a major sticking point in contemporary relationships. One can be a good man and in great physical shape but let’s not kid ourselves, how you express your worthiness in bed remains a big part of the ‘great guy’ rating.

All this can get very confusing and conflicting for a young man entering a new relationship with the best of intentions. In my many years of social commentary, I am yet to meet a woman complaining that her husbands’ house or car, was too big! I would still maintain that the proof of the pudding is in the eating.

At heart of these prevailing misconceptions is communication. The notion that one size fits all is a fallacy. Individual preferences vary and committed men and women in relationships eventually find their points of convergence. Relationships are two way street. What really counts, is the size of the investment and commitment that both partners make.

2 thoughts on “The Man With The Larger Penis, Likely To Get Cheated On, Says Poll.”