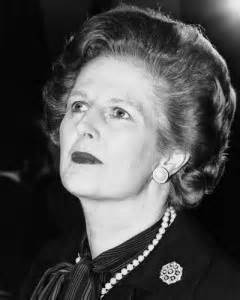 When I heard that former British Prime Minister Margaret Thatcher had died, the Falklands islands jumped to mind. My first impressions of Thatcher were defined by the disputes over these islands. In 1982, Argentine forces invaded this archipelago provoking the wrath of the Iron Lady. Thatcher decisively sent off the British military, 8000 miles away to the south of the Atlantic to defend the British dependant territory in what was to be known as the Falklands War.

I was kid then but switched on enough to register the big news event. Margaret Thatcher is the only British PM I had heard of since Winston Churchill mostly because she was a popular reference in the 80s.  I remember my dad using an atlas to explain to me how far the Falklands were in relation to the United Kingdom. That was his way of saying, “You don’t mess with this woman”. My next Thatcher impression was formed by the humorous satirical articles of the late popular columnist Wahome Mutahi aka Whispers. The legendary satirist described his wife in his columns as Thatcher, an embodiment of the no nonsense significant other. Whisper’s Thatcher was a nut-crushing female character that came to prominence after the famous Beijing Women’s conference (Beijing Declaration) in 1995 to establish a new gender order. Standing timidly behind every woman nicknamed Thatcher, was a hen pecked male who could only grumble in bars.  Dennis Thatcher was my original notion of a submissive husband, the hubby of the PM who was never seen nor heard.

Before I came to appreciate the intricacies of British and gender politics, Thatcher was what I considered a feminist, which in my pre-teens meant a woman who hated men so much she ends up looking like one. Margaret Thatcher became my lazy reference for women who wore the pants in relationships. Her name represented women who never backed down in arguments or made a U-turn and their wrath was renowned.  Lady Thatcher was what happened to women who dared to break the glass ceiling. They ended up becoming fierce, hard, unattractive, unfeminine and mean. Her image diminished further when I learnt that Thatcher abolished free milk for school children as an education secretary and that she called Madiba a terrorist! Was this the abrasive path women had to take to survive the rough and tumble world of male dominated politics?

Of course, now I know different and Thatcher as one mate aptly put it, is an ‘Agwambo’ figure. You either love or loath her. She may have been the original superwoman but she promptly slammed the door in the face of other women as soon she entered the male domain. In my assessment Thatcher did little for the women’s cause other than perpetuating a stereotype that high achieving women had to embrace masculine attributes to thrive. In fact Thatcher claim to fame in the popular Kenyan lit was that she did not play ‘woman’.

The tag Iron Lady continues to be assigned to a particular brand of female politician with a lone ranger mentality. Notably stern-looking, strong women caricatured as pit bulls mauling any male opposition in their path with unshakeable conviction. Okay, Martha Karua does come to mind. I suppose it is the male defensive response to women who do not conform to the prescribed feminine script. They are labeled as ‘men with balls’ and that in some odd way, earns them respect and loathing wrapped in one.

Baroness Margaret Thatcher was the epitome of British pride and resolve. Obstinate as she may have seemed, she walked a path that few would dare and for a fleeting moment in 1982 she personified the Great in Great Britain. It is going to be a long while before we come across a female political leader with an –ism added to her name. 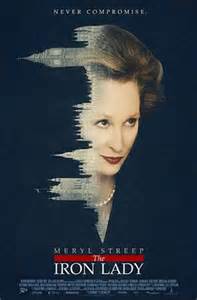 PS: In case you have not watched the movie Iron Lady, check it out.

Meryl Streep’s performance is worth the trouble even if you detest Thatcher. Finally a few choice quotes from the Iron lady.

“Being powerful is like being a lady. If you have to tell people you are, you aren’t.”

“Do you know that one of the great problems of our age is that we are governed by people who care more about feelings than they do about thoughts and ideas.”

“When I’m out of politics I’m going to run a business, it’ll be called rent-a-spine”

“I do not know anyone who has gotten to the top without hard work. That is the recipe. It will not always get you to the top, but it will get you pretty near.”

“I think we’ve been through a period where too many people have been given to understand that if they have a problem, it’s the government’s job to cope with it. ‘I have a problem, I’ll get a grant.’ ‘I’m homeless, the government must house me.’ They’re casting their problem on society. And, you know, there is no such thing as society. There are individual men and women, and there are families. And no government can do anything except through people, and people must look to themselves first. It’s our duty to look after ourselves and then, also to look after our neighbour. People have got the entitlements too much in mind, without the obligations. There’s no such thing as entitlement, unless someone has first met an obligation

“If you set out to be liked, you will accomplish nothing.”

“To those waiting with bated breath for that favorite media catchphrase, the U-turn, I have only this to say, ‘You turn if you want; the lady’s not for turning.”
? Margaret Thatcher ( for more quotes)

7 thoughts on “The Iron Lady Is Not For Turning: Remembering Margaret Thatcher”