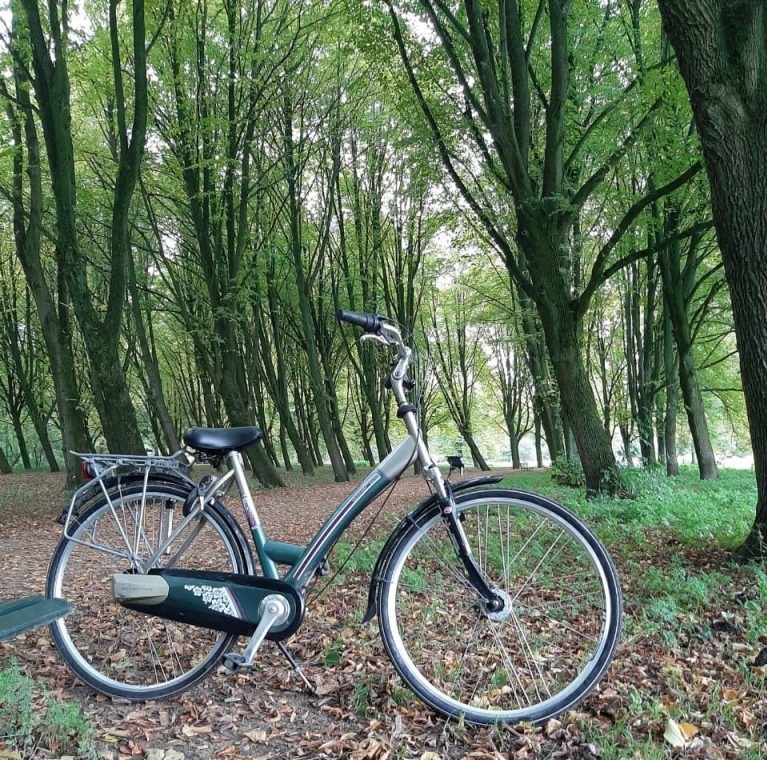 There was genuine cause for angst, in the early days of the Covid lockdowns as the pandemic spread unabated throughout Europe. I was a new arrival in the Netherlands, marooned at home, working as a remote curator-at-large for the online publication The Elephant. While I appeared stoic to my team based in Nairobi, I could not shake off the feelings of uncertainty. I had a child who had just learned how to walk and my wife had started a new and demanding job.

Amsterdam was ghostly. Trepidation fell over the city and it seemed as though people had gone into hibernation. On most days, in between Zoom calls to Nairobi, I would stare out of my home office window, at a large weeping willow tree that stood at the edge of a canal, feeling a loss of control.

One morning, I noticed a flock of green ring-necked parakeets perched on the willow tree. I had not seen those birds since my childhood countryside experiences in Kenya and their appearance in a foreign country, was serendipitous. In times of crisis, one is attuned to signs from nature and in those familiar birds and the willow tree, I found a sense of hope and belonging.

A friend from Kenya who arrived in Amsterdam around the same period, also talked about the silent assurance he discovered in trees. He worked the night shift. For months he would sit in the house alone during the cold days, as his wife and children were away from the house, staving off depression and he found strange comfort by looking at the sturdy nature of a single tree that grew in his backyard.

When you come from Kenya, winters are survived, chalked down and added to the resume.

It seemed natural that I would fall back on the wisdom of trees to guide me through the unknown, having grown up under the tutelage of a father who was an avid forester. However, this awareness would unfold gradually as the trees of Amsterdam revealed their hidden lives.

There is a popular museum in the center of Amsterdam on Prinsengracht street dedicated to Anne Frank’s life, her famous diary and the secret annex. Anne Frank was born in Frankfurt, Germany and her Jewish family fled persecution for the relative safety of Amsterdam.  When the Germans invaded and occupied the Netherlands in 1940 and began deporting Jews to death camps, Anne Frank went into hiding. During her two years of hiding, Anne Frank turned to writing to pass time, journaling not just the daily events but also her thoughts and feelings.

Anne Frank’s father Otto who survived the war found his daughter’s diary which was eventually published under the title The Secret Annex in 1947.

There is a passage in the diary where Anne writes about a tree, a white horse chestnut, that she stared at from her window in the attic. The huge tree, that was 170 years old stood in the courtyard garden and it served as a beacon of freedom, longing and hope.

Tragically, Anne and her sister Margot got arrested and deported to Auschwitz concentration camp where they were separated from their parents and then taken to Bergen-Belsen concentration camp and under the unhygienic conditions they both succumbed to typhus and died in February of 1945.

When I went off in search of the famous tree that Anne Frank wrote about, I discovered that it had fallen 10 years earlier in 2010 and all that remained was a stump. I found a connection with the story of the horse chestnut tree in Anne’s diary because trees were one of the first sign posts that I used to navigate the newness of this city.

There is another tree that is located in Bijlmermeer in Amsterdam south east that is not as famous as Anne Frank’s tree. Its story is much more recent. In 1992, an El Al Cargo flight to Israel, a Boeing 747 plane lost its engines and trying to circle back to Schipol for an emergency landing. It crashed into the middle of Groeneveen and Klein-Kruitberg, two multi-two storied apartment buildings,  killing 43 people, most caught unawares in their homes innocently winding down the day.

They were speculations that the death toll may have been higher as many undocumented and unregistered people were not accounted for following the accident. On the site facing a new apartment block, sits the tree that saw everything, a living witness to the Bijlmerramp air disaster.

Amsterdam is a green city and trees are everywhere. The canals are lined with old elms and practically all city roads and neighbourhoods are fronted by straight lines of trees, usually of one species. The tenement buildings may appear to have the same aesthetic similarity of predominantly dominating red or grey brick walls. But in the courtyards hidden from street view, are lush green gardens and trees.

I was soon able to guess the age of a neighbourhood by looking at the size of the trees growing in it. I also started to notice that most of the trees in Amsterdam grow straight. Crooked trees are a rare sight.

Many mightn’t be bothered by this little detail but I began to inquire about the stories behind the trees of Amsterdam. A tree is crooked because it adapts to nature and the forces it encounters, but the breadth of uniformity I encountered in the Dutch landscape was an indication that nature had been colonised.

The Amsterdamse Bos (The Amsterdam Forest) that is located in the southwest of Amsterdam sitting on the border between Amsterdam and the Amstelveen municipality, is a prime example of this. It is an imposing city park of a scale and order that I find intriguing. Measuring 1000 acres, it is about the size of Nairobi’s Karura Forest with one unique distinction; all the trees were planted by hand and its natural features including its artificial lakes and solitary hill are all products of grand design. There is also within it, a naturist area where nude sunbathing is allowed.

Amsterdamse Bos began as a government work relief effort to deal with the economic crisis of the 1930s. Today, it is a functional park, a mix of natural landscape, recreation and relaxation that draws in 4 million visitors every year.

I remarked to a Dutch friend over a cup of coffee that the Amsterdamse Bos felt like a big green arcade. To which he shrugged and said,

‘’Poof! You think this orderly, you should go to Switzerland. They are worse than us.’’

Then, as if in admission that he was accustomed to unnaturally neat nature, he recalled a road trip he taken in Canada a few years earlier.  As they drove through the spectacular Boreal forests, both he and his wife agreed that the forests were magnificent…but, if only the Canadians would clean up the forest floor and keep it tidy.

Another Dutch friend took me on a tour of the Vondelpark in Amsterdam, to a spot over a white wooden bridge from where I had a direct view of a tall fountain in the middle of a serene pond, with a leafy tree line as its backdrop, spraying water high into the air.

“You see that picture …it was designed to be a paradise ideal and nature has been conquered for human splendour with man as the sole animal in it.”

Indeed, it was getting harder to distinguish between what was natural and what was artificial. The Netherlands is a waterproofed country and it is easy to forget that most of the country lies below sea level. It is a country that conquered the waters after a long struggle against nature and 17 per cent of the country’s landmass is reclaimed from the sea.

This is why, “God created the earth but the Dutch made the Netherlands’’ is a well turned phrase.

In an effort to know my neighbourhood and meet the locals, I joined the Knotgroep of Uithoorn, green volunteer effort that operates in a municipality on the outskirts of Amsterdam. The group of volunteers are all Dutch pensioners and there are as many men as there are women. As I park my bicycle, I receive a series of hoi, Dutch for hi, pronounced with much emphasis.

After a briefing by the group leader, the pitch forks and rakes are distributed and we walk to a privately-owned polder that is designated as a paddock on the border of a small lake called Zijdelmeer. Mowed grass is strewn all over the paddock. The ground underneath the soaked grass is wet and I can smell manure. Our task is to pile the cut grass into haystacks. It is hard work and jackets are soon thrown off. Why do they subject these senior citizens to such strenuous work?

I ask why this work is not done by machine given that the Dutch have a machine solution for every task to be done in nature. I am informed that the stacks of grass we are preparing are nesting places, where small harmless snakes can hatch and thrive. It also leaves room on the ground for wild cranberries to grow. Such delicate work, necessary to balance the ecosystem, can only be done by hand.

The group continues to work silently and meticulously, and then suddenly, excited voices come from one end. We gather around to find out the cause of all the excitement.

Someone has found a frog.

I am puzzled so I turn to the group coordinator, a tall Dutch man called Bill,

“Why are we getting excited about finding an amphibian in nature?”

‘’We don’t have frogs here anymore’’ and he recounts the story of his youth and of a time when nights were filled with a cacophony of croaking. But, since the arrival of the red swamp crayfish, an invasive species, that feeds on aquatic plant and animal life, the nights have gone silent.

It then occurs to me, that for all canals that surround the neighbourhoods, I never hear any frogs croaking at night.

‘’We are just trying to bring back nature”’

The idea of re-wilding nature is prevalent in eco-conscious Dutch circles. I want to tell Bill about the irony of Nairobi, the former Green City in the Sun that has declared war on trees in an effort to modernise its infrastructure while Amsterdam seeks to return to its natural past where trees are valued as sites of memory.

But I don’t voice my thoughts.

12 thoughts on “The Hidden Lives of the Trees of Amsterdam”