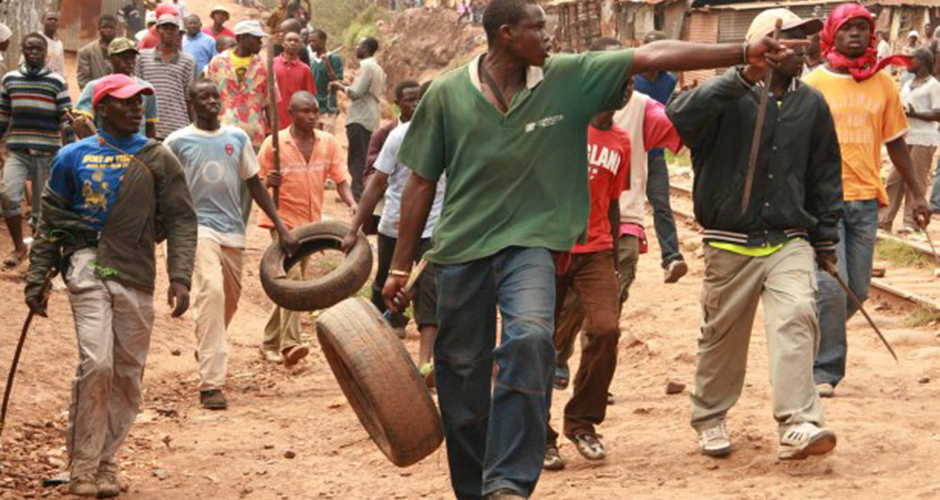 Gatundu South MP’s Moses Kuria’s hate speech charge targeted at opposition leader Raila Odinga, set off a chain reaction of outrage and proved to be a clear illustration of ingrained hate as political strategy in Kenya. The political showboating that followed was a mere reflection of an abusive culture that thrives on social media channels between ordinary Kenyans. Few things bring disgruntled Kenyans together like hate trading. From whence did Kenyans learn how to hate one another? Or as Malcolm X famously said, “Who taught you to hate yourself?”

As the General election looms (the silly season) hate has bounced back to the front as the dominant narrative. There is hate speech everywhere you turn and it is not exclusive to Kenya. The US presidential elections politics is dishing out spades of hate mostly courtesy of Republican contender Donald Trump. This far out, across the Atlantic, we seem to have picked up the flu. From a tense debate about constitutional rights, the country is quickly descending to the murky depths of hate mongering.

The Hate That Hate Produced was a 1959 American produced documentary that helped with context as I pondered over this issue.  It was narrated by Mike Wallace and Louis Lomax and examined the rise of Black Power and African Liberation movements such as the Nation of Islam and their counter doctrine of resistance against white supremacy. This documentary was credited with introducing Malcolm X, Elijah Muhammad and Louis Farrakhan to mainstream America as the audacious black voices of the Civil Rights era.

Mike Wallace introduces the documentary with this opening monologue,

“While city officials, state agencies, white liberals, and sober-minded Negroes stand idly by, a group of Negro dissenters is taking to street-corner step ladders, church pulpits, sports arenas, and ballroom platforms across the United States, to preach a gospel of hate that would set off a federal investigation if it were preached by Southern whites.”

Wallace’s narration could be summed up as a one sided view that painted the Nation of Islam as radical hate merchants. He did not bother with the historical context of the anti-white feelings that were a direct reaction to a century of dehumanizing and systemic racist policies that disproportionately targeted African Americans.

Elijah Muhammad, the spiritual leader of the Nation of Islam would aptly point out the rhetoric of reverse racism,

“Remember now, they even teach you that you must not hate them for hating you.”

This in some form captures the quagmire of hate speech policing in Kenya. It is difficult to understand the roots of tribal prejudice without a deep interrogation of a country’s history. Often, what we label as hate is just an uninformed stereotype that has been told frequently and rarely scrutinized for truth. Hateful stereotypes are passed on like bad manners and make the perfect cover for “othering”. This notion that we have to bring another down to justify a feeling of superiority over another.  But when you ask the angry Kenyan why they hate, you come to discover that it is inherited prejudice picked up largely from our parents and political brainwashing. Our discourse of rivalry since colonialism is ruled by hate.

Rational individuals who could pass for righteous, go through these episodes of recurring hate, feeling completely justified to defend their anger in exclusion of all others. In their minds, they see themselves as the victims of those they attack. Thus blind hate motivated revenge becomes the end product of our ruthless political contest.

Messages of hate resonate with marginalised groupings because they provide the hater with a false illusion of reclaimed dignity. Politicians and their cohorts work overtime to maintain the high levels of agitation by scoring talking points. They push it up a notch, raising the stakes at every turn, taunting their rivals and getting everyone all worked up. From vocally abusive exchanges online, we are now in the stage of physical agitation on the streets, which can only escalate to the next level, armed angry hordes spinning out of control in a revenge cycle against perceived enemies. Hate has become the glue that binds the Kenyan project together.

We are at war with this amorphous thing called tribe, easily falling for the propaganda of the few individuals who dominate our media headlines purporting to speak for the millions of faceless Kenyans. Hard line stances that are now passed off as political heroics are all about sheer exploitation of passions. They are a clever distraction from the real issues that affect the exploited masses, such as the high cost of living and the hardships ordinary Kenyans endure.

We can do better for ourselves and our children. I turn to a lesson I picked up on the sports field. It is possible to be rivals without becoming sworn enemies. Madiba said it better.

6 thoughts on “The Hate That Hate Produced”