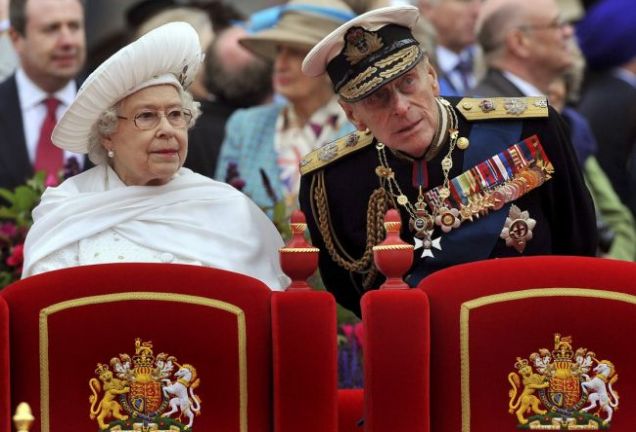 In the shadow of an alpha female, men are seen but rarely heard…

Queen Elizabeth II celebrates her Diamond jubilee this June marking 60 years as her Majesty. Kenyans will join millions from around the world watching the historic celebrations scheduled for early June. Kenya’s romantic attachment to the Windsor royals goes back to our pre-independence history. It was during a tour the Kenyan protectorate in 1952 with her hubby Philip, staying at the famous Treetops lodge, that a princess was to emerge from the lodge a queen following the death of her father King George VI. Local subjects will rightly claim that the Queen’s first state visit was to Kenya.

Queen Elizabeth II has had an eventful life. She was the first royal to learn how to change a spark plug. The Queen learnt to drive in 1945 when she joined the Army and sent her first email in 1976 from an Army base. Her toughest year as mother was in 1992 when three of her children divorced. In the exacting year Prince Charles separated from Princess Diana, Prince Andrew dumped Sarah Ferguson and the Queen’s daughter, Princess Anne, divorced Captain Mark Phillips. She has lived through 9 Prime Ministers, seen her sphere of the British Empire dwindle and witnessed Britain turning into a multicultural society with a visible Muslim minority. Six decades on, she is now one of the oldest reigning monarchs and accorded revered demigod status on earth.

Nevertheless it is her relationship with her hubby Philip that I find most intriguing. To remain married for 65 long years, domestic issues notwithstanding is deemed an accomplishment by men of my generation. He stuck to his vows that stated “I, Philip Duke of Edinburgh, do become your liege man of life and limb, and of earthly worship; and faith and truth I will bear unto you, to live and die, against all manner of folks. So help me God.”

Lest we forget, Prince Philip had to give up a lot to earn his place by her majesty’s side. The first was to forfeit his Greek and Danish royal titles because to marry the queen one had to be a British subject. The mores of British monarchy assign the husband of the queen lesser status. He adopted a new English surname Mountbatten derived from his maternal British grandparents but still was not able to lend his name to his children. The blue blood marriage would eventually confer on him the style of His Royal Highness and title of Duke of Edinburgh. It was not until 1957 five years after she became queen that Prince Philip earned a new feather in his cap, as Prince of the United Kingdom to pacify his emasculated ego. On his wedding day, his relatives, three sisters married to German princes were not in attendance because of lingering post World War II tensions with Germany. He converted from his birth religion of Greek Orthodoxy to the Church of England. His duties other than siring children and debonair poise by her majesty’s side are to accompany the queen to state ceremonies, visits, dinners and tours abroad. For 65 years The Duke of Edinburgh has served the queen with great distinction as a loyal spouse.

Prince Philip is a forerunner of the future husband who will have to learn how to play in the shadow of alpha females. The world is changing and any man who believes he will be enjoying age old patriarchal privileges in coming decades is living in denial. Women are taking over the reins of power and there is much we can learn from Prince Philips role as the royal consort. When it is certain that your wife’s trajectory will eclipse your ambitions, there is wisdom in retreating to shadows to be seen but rarely heard.