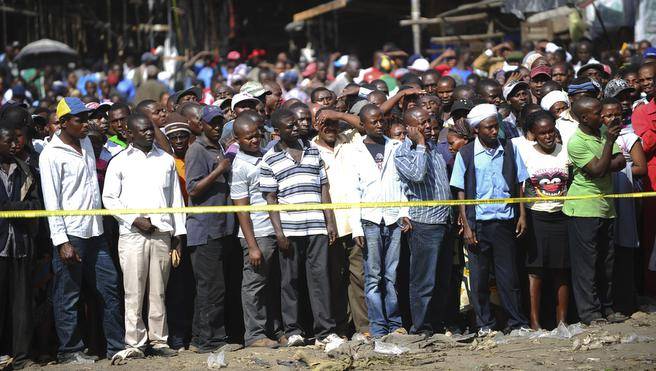 I have a friend, a Kenyan from the North Eastern part of the country who deals with ethnic profiling regularly. Things went south after the Westgate siege. He gets picked out for thorough scrutiny every time he stops at a security check for grocery shopping. Watchmen manning every part of the city turn up the aggression as soon as he appears. Only recently a group of uniformed petrol attendants asked him to get his tank filled in Mandera. Public transport is a trying experience. He gets in, people get out. Forget the fact, that he is born and bred in Nairobi, polished and urbane as the next Nairobian. He has the good sense to laugh about it and use humour to put the profiling in context. “Imagine if I actually kept a beard was named Ali Shabaan! Ati nani?”

The 98 per cent are generally having it rough, living in the shadow of fear as innocent bystanders waiting to add up to the statistics. But if you are Muslim named Muhammed who just happens to be of Somali origin you will be caught between prejudiced masses and greedy cops. Much like citizens of Arab origin in the post 9/11 era or driving while black in racially charged America. I have watched his patience wearing thin. He cannot really speak out without the danger of being dismissed as ‘radicalized’ or ‘a terrorist sympathizer’. But after taking it lying down for a while, he is starting to stand up for himself and plead his innocence against the relentless stereotypes he encounters daily. He just stopped being scared and realized he cannot keep going around playing victim and crippling his life. It gets to a point where you simply get tired of being afraid. But his eyes and voice are unable to hide a different emotion. A thin line between anger and fear. Desperation and pragmatism.

We live in a new manufactured culture that thrives on fear and mistrust. The government’s perennial inability to respond to terror attacks on its citizenry has culminated in the promotion of fear. Anyone who is so much as different will suffer the brunt of an ignorant mob running amok seeking blind justice and the vicious revenge cycle spins out of control. It would not seem too far-fetched to imagine, a group of invisible entities in this country who must profit quite handsomely from keeping us all gripped by fear.

1 thought on “The Fear Factor”