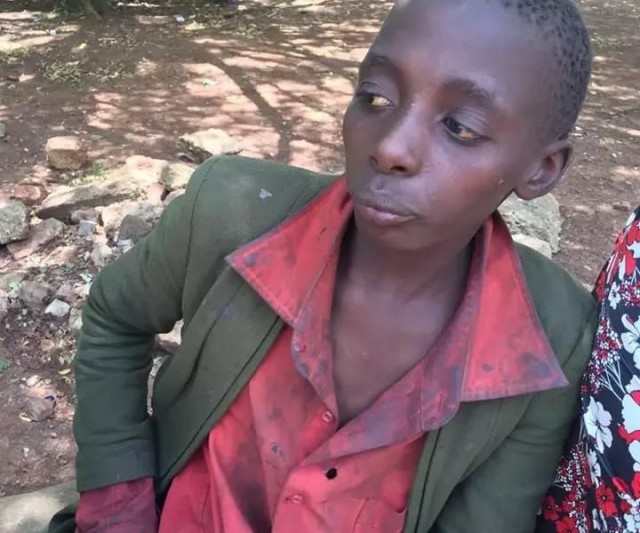 There is a new Absa Prosper advert featuring Victor Wanyama. The Lion of Muthurwa. It opens with a scenic shot of Wanyama on his morning run and the story of his humble beginnings unfolds. A young kid with big dreams from Muthurwa would rise to become an international football star. At 15 years of age he was called up to the National team and a year after he was picked out by scouts to play in Europe’s professional leagues. He became the first Kenyan to feature in the English Premier league. Victor Wanyama is a classic case of talent and resolve meeting opportunity and he has gone on to be a bankable talent in the Premier league and an inspirational figure for millions of children from impoverished backgrounds around the world.

For every Victor Wanyama, there are millions of Morris Mwendas’ who despite their best efforts get strangulated by a social system that is designed to assign large swathes of its population to destitution at birth. Morris Mwenda is a street boy living in Nairobi’s underbelly who became an internet and media sensation after a short video went viral on Facebook. He was interviewed by Shamit Patel of Homeless of Nairobi project (Look it up).

In a profoundly simple interview, 15 year old Morris shared the abridged version of class disparity. The main reason why many street families are in a bind is lack of opportunity. Some people just never get given that fart of a chance to improve their lot and society beats them down for their lack of skills. He delivered his points eloquently and in a measured tone, like a seasoned conflict resolution diplomat with the right pinch of irritation but reinforcing the key message after every point made. He was mature and honest. He talked about disposable street families occasionally cleared from the streets, like garbage when dignitaries like Obama come visiting. Hidden away and quarantined to give the impression of a thriving industrialized city. Morris was not seeking sympathy but understanding.

In just over two minutes, Morris delivered a discourse on the reality of social breakdown and how a broken system keeps millions locked in under class stations of destitution. Marginalized Kenyans crave mostly the opportunity to live a dignified life and the chance to pursue secure livelihood like everyone else.

Morris echoed the sentiments of the masses for a better life. Millions are denied the opportunity to advance for other reason other than they do not belong and elitism consigns opportunity to the chosen few. The clip was bound to go viral. He was a great communicator and a street boy.

“Wow! He speaks so well, like an intellectual better than some Honourable Members”.

Messages of sympathy poured through and branded saviours emerged with pledges of extraction.

Morris had to be extracted because he did not belong in the streets. He was not like the rest of them. This was a clever boy who deserved a good opportunity to succeed in life.

He was token of interest who had to be saved from the suffering he was born into.

Yet, this is precisely the attitude that the young man belaboured to bring across. His situation cannot be seen in isolation. It is because of the opportunity to attend some schooling that he learned how to read and developed an interest in books. Those books would shape his mind and teach him to articulate his evident truth. Morris was saying. “I am just like the rest of them. The dirty, threatening, glue sniffing kids that are an eye sore in the city. The little edge is that I can express myself in fluent English and only because I got an opportunity and the rest did not”. The marginalized in ours societies do not require sympathy and Facebook likes. They want a real and fair chance to participate.

Sometimes it takes a 15 year old to show us the stark difference between opportunity and opportunism. The latter is what is eating up our country with ferocity of a termite infestation. The leadership creed is exploitation and selfishness is entrenched as a necessity for success. The Nouveau Riche who were once poor have grown to be notorious exploiters, creating a dependency culture of handouts in exchange for influence.

Morris Mwenda will be probably be staple news by the time this post is published but I hope his fundamental message endures. Opportunity is what street families want. Not self-serving opportunistic charity parades and a good place to start, would be supporting those creating opportunities for them. Men like Teacher Clifford Chianga Oluoch and Shamit Patel of Homeless of Nairobi.

3 thoughts on “The Curious Case Of A Street Boy Who Speaks Fluent English.”