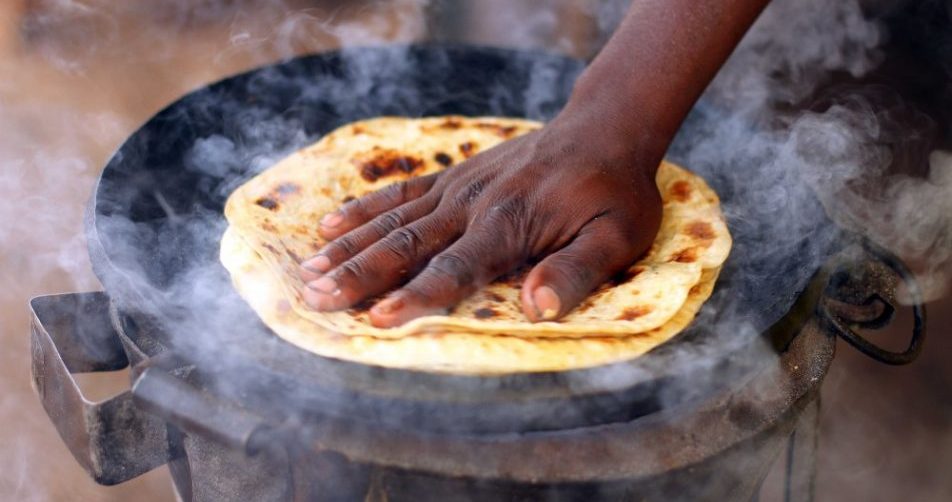 About a century ago, way before the arrival of the Lunatic express, a curious incident occurred in India, in 1857. A British magistrate, Mark Thornhill, after some investigations discovered that chapatis were travelling up to 300 kilometres across India. This bizarre distribution of chapatis set off the panic buttons in the British ranks.

The rapid movement of chapatis from hand to hand, village to village had all the markings of a conspiracy and a rebellion. Police runners would bake and hand over the chapatis to their colleagues who in turn would keep the chain going. The chapati moved from village to village with the sort of efficiency that in this day would be termed as viral.

The British panicked and were gripped with fear of a revolt and it was compounded by the fact that sharing chapatis was not a crime under the imperial law.

Historians would document this episode as the chapati movement that preceded the uprising of 1857. In hindsight, the chapati served as a symbol of agitation and it set off the momentum for what was intended to be an elaborate mutiny against the British occupation.

It is funny to think that the innocent chapati was once a dreaded symbol of resistance and psychological warfare against British independence and a fundamental part of the Indian rebellion to colonial rule in 1857.

I found myself thinking about the agency that constituted the chapati chain letter in India as I took a hair cut in Nairobi. As I leaned back, getting my shave, I observed the activities happening across from the barber shop. There is a kibanda across from the barbers where I go to shave on occasion.

My attention was drawn to a man who I gather spends his day rolling and making chapatis. There was a huge stack of freshly made chapatis on a table in front of the smoke filled kibanda. I estimated that he made about a 100 chapatis a day. The barber said that he had noticed that the guy did not sweat. Standing around the heat all day must dehydrate him completely. A newspaper vendor, suggested that milk is what he needed to counter the effects of a heat stroke and a customer added that two packets was the magic number.

The barber shop is situated in the Westlands public market which is more of a hovel when contrasted with the swanky Westlands surroundings. The upmarket Sankara hotel is a few metres away, across the road, Sarit centre, a mere stone’s throw away and the iconic Westlands Mall around the back. Yet in all these eating establishments in Westlands, from high to low, the one common food, is the chapati.

One packet of wheat flour, unga ya ngano, can make anything from between 18 to 22 chapatis. It depends on who you ask. A packet retails at kshs 115 and it is cheaper than a packet of maize flour by almost 20 shillings. So chapati is replacing ugali at least as the urban staple.

The advantage of chapatis is obvious. Chapatis are readily available, widely distributed and convenient. They preserve well and go with just about any accompaniment. From stews to tea and soda.

In the simple chapati is a coded knowledge of social development in Kenya.

From the turn of the 19 century to the dawn of independence, maize was the status food, introduced by the British as a cheap food source for African farm labourers. With urbanisation and the introduction of wage labour and later mechanised mills, maize overtook millet and sorghum as the preferred food of the emerging elite who found it whiter and more aspirational. It was considered sweeter and doubled up as a cash crop.

In my home county of Siaya, celebrated historian E.S. Atieno Odhiambo would argue, in his book, Siaya: The Historical Anthropology of an African landscape, that the introduction of maize in the texture of Siaya life was a mode of westernisation. Maize meal was known as kuon ongere, the white man’s ugali eaten by those who went to school.

By my formative years, in the 70s and 80s, maize had been demoted to common fare and the status food was chapatti and rice. Wives were praised for their chapatti making skills. Chapatis were a delicacy, only served during Christmas and at highbrow weddings. Nowadays, it is wives who can spin a solid ugali that get the props.

In the last 20 years or so the chapatti movement has grown. Presently it is Kenya’s preferred fast food, more readily available than chips and only rivalled by bread.

These are new foods that date back to less than 50 years and the spread of the chapati movement is telling.

The chapati is at the heart of a new social identity, a luxury food that went mainstream and became a movement that has broken through the social stratification and is now a symbol of equality.

If the humble chapati tells us one thing it is that we are eating ourselves into a new social identity.