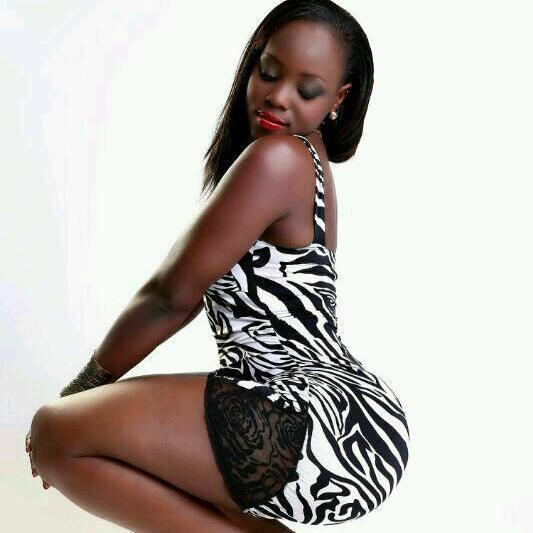 In most videos, magazines and internet spaces, big backsides are enjoying unprecedented prominence. The size of a woman’s posterior nowadays offers a distinct added advantage in news anchoring and it guarantees popularity in an entertainment career.  Everyone seems to be leveraging their Ass-ets. The big butt pandemic appears to have taken this country by storm. Only recently a police woman Linda Okello with an attention grabbing backside became the subject of a national debate.  No single body part been so heavily glorified and vilified in our contemporary history. The buttocks have become a pop culture obsession and is likely to be a centre of focus in beauty debates for a long time.

Most men have a fascination for hefty rears even though we are socialized to rate inner qualities higher than physical attributes. It used to be an African man thing but with the rise of Kim Kardarshian’s show-stopping derriere, the captivation cuts across all races. There is also an evolutionary basis to this attraction. Men are hard wired to perpetuate the species and view the roundness of the buttocks as an indicator of sexual maturity, good health and fertility.

Put in context of past perceptions, it is a mark of progress and social evolution. Our beauty queens for the longest time espoused a different beauty standard.  For a good many decades, the applied western beauty concept was reed thin models with malnourished looking bodies as dictated by the fashion gods. Slimness equated beauty. I am glad that we have evolved to a space that embraces body types that were formerly excluded from mainstream beauty palette. Many urban bred African women grew up with serious body esteem issues, convinced that having an outstanding bottom made one undesirable. But ever since Serena Williams and Jennifer Lopez made their posteriors as prominent as their careers, the power of the booty has risen astronomically. Butt size now play a significant role in determining female attractiveness.

Having a beautiful face will get you noticed but the attention will not linger without the necessary fundamentals. The bigger the backside the sexier and attractive a woman looks according the new trends of popular media. The attractive female today leans on the heavier end of the weight spectrum.

There are women in Nairobi, pop media socialites, simply known for no other quality other than size of their backsides. To make the top 10 list of the most prominent backsides in the country is a mark of achievement in these circles.

The dark side of this body-part obsession is that women who are not naturally endowed will be labeled unattractive.  In the same manner, weaves became a necessary beauty prop, butt enlargement certainly seems to be on the cards too. The pressure to conform could spell worse trouble than skin lighteners. The likelihood of some women getting desperate over cosmetic alterations seems certain urged on to good degree by clever advertising. The American Society for Aesthetic Plastic Surgery, reported a 58% increase in buttock enhancement surgery in 2013 compared to the year before. This will open a thriving market for quack cosmetic surgeons. There is going to be an increasing demand for popular Brazilian Butt lift, a procedure where excess fat is removed from other parts of the body and injected into the rear. Silicone implants, liquid injections and various creams are set to be widespread.

Which probably means that formerly happily svelte women will expect the men in their lives to respond affirmatively to the question, “I hope my butt looks big in this”. Those women who feel down, will only have to remember that once they possess a big shapely bottom, they will feel happy again.

The bottom-line, I have never heard a song in praise of a flat butt.

1 thought on “The Big Booty Obsession”