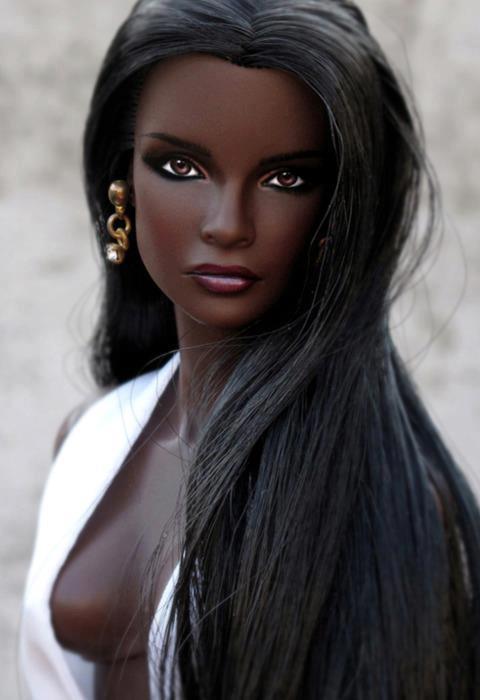 The Barbie doll is more than doll. It is a lifestyle aspiration and I am afraid to announce that Kenya is in the midst of a Barbie storm. Flip through the glamour pages in lifestyle magazines and newspapers and she stares back. There she is again, young, innocent sexiness served as a premium acquisition. Nubile fair skinned females holding my gaze, demanding my attention.

The Barbie syndrome is defined as the aspiration to mimic the physical appearance and glamour lifestyle of the Barbie doll. Though the image is thought to be more visible among adolescent females, it has become a rather disturbing standard of a new brand of urban young women who are perpetually 21.  The defining characteristic of a Barbie girl is unadulterated innocence of youth, body proportions once thought of as anorexic and an angelic face waiting upon a chivalrous knight eager to fulfill her fantasies at competitive market rates.  Every middle-aged man with a little spare cash wants one to drape over his arm as proof of their virility and taste for the fine things in life.

The Barbie girl’s innocent beauty might be magnetic but the innocence is just a facade. Behind the seemingly naive girl worried about college fees and house rent to support her single mother’s desperate condition, is a manipulative creature quite aware of her worth in sterling pounds. She remains acutely conscious of her window of opportunity, somewhere between 16 and 21, to move up ladder into the fantasy doll house with all its lavish trappings paid for by a man who treats her with kind of attention a Chihuahua demands. Since the city is teeming with an overwhelming selection of men with overweight wives at home seeking validation she finds relevance as a status symbol.

The Barbie girl is a creature of entitlement with an exaggerated sense of self importance. They show no guilt complex around money or any of those feisty feminine ideals of independence. Barbie specializes in gold digging and they filter through a man’s minefield of emotions in search of his savior complex. They select high status men based on financial stability because money is her sole objective on the road to happiness.  Off the back of every new man her demands increase and soon anyone who flinches at the suggestion of a shopping trip to Dubai is not worth her time. For a girl barely out of puberty they understand one crucial weakness prevalent in the male ego. Accomplished men love a challenge. Tell a man he cannot to be with you and he breaks his back to prove you wrong.  When they toy with male insecurity reminding him of the rivals lurking about with better offers and the suitor reaches for his cheque book.

But beyond 25, her pool of worthy suitors diminishes rapidly and life on the fast lane starts to take a toll on her looks. If she did have the foresight to secure insurance through an illegitimate child with a married man, she begins to sink into the ugly depression of a jaded mistress, haunted by the possibility of a return to a mundane life. Often behind the Barbie girls’ sense of vanity was a struggling narcissistic parent who brought her up in the image of idealized beauty and taught her that mama should never sleep hungry as long as she was beautiful.

The road to this manner of self delusion starts with a little cute doll.

8 thoughts on “The Black Barbie Syndrome”