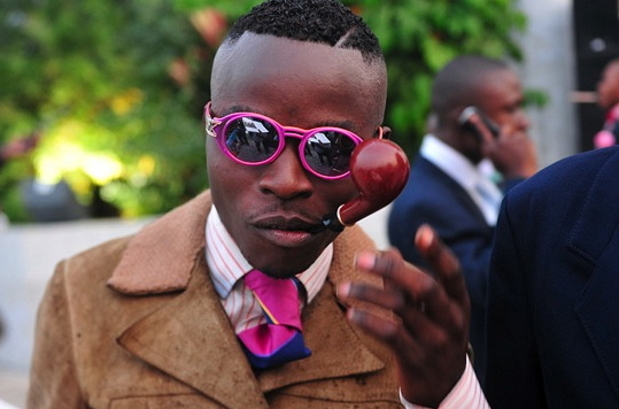 Are you looking for a gentleman in the all the wrong places? One would think that otherwise gainfully employed adult women should have moved along from this level triviality but alas! It keeps popping up in social conversations. The target for the repetitive moan happens to be the Kenyan male around the dating scene. If stories circulating are anything to go by, plain good manners and etiquette is seriously lacking amongst men.  Men do not know how to behave around women and a simple act of courtesy from a man immediately turns him into a novelty. The kind that elicits the question, “You are not from around here, are you?”  These comparisons between Kenyan men and those from other nationalities have turned Nigerian men in local social spaces, into a stereotypical debonair gentleman. A man who knows how to say and do things that pleases a woman, keeping her best interest as the top priority.

Obviously, the standards of chivalry vary in different cultures and traditional Kenyan chivalry has often been scoffed at. The days when it meant something to acquire a plot of land and build a home for your woman seem to be behind us.  Women who inspired that level of motivation are also not as commonplace. In their position is a stream of wannabe divas seeking trophy gentleman to show off, chasing a fantasy that is plucked straight from TV.  This make- believe-world has spurned a list of illusionary expectations owed to women with good looks hooked to instant gratification.

This is why when the woman says, “I would like a gentleman” what most men hear is, “You want me to mimic some Mexican soap opera star on TV”. Most Kenyan men sincerely believe they are gentlemen but the script is different. They watched their fathers over the years and unlike him they regularly hug their wives and bring home pizzas. They try on occasion but the gentlemanly standard enshrined in film is not part of their upbringing and the mannerisms appear alien and illogical.

A man might not instinctually reach for the car door because he did not grow up around an automobile and his dad always entered the packed matatu first to secure the seats. He would never have thought to buy flowers because he only places flowers in the context of weddings and funerals. He won’t pull a chair for you because that is reserved for his ailing grandmother and you seem perfectly healthy. He won’t take you out for fine dining, because he cannot comprehend why anyone would good money to eat a crab!

But he can be a gentleman in other ways, by providing for his family, respecting his wife and being a good father to his children. Men want to be gentlemen in a way that makes sense to them.

Kenyan women in a quandary of mating choices should consider, the different value standard and make an effort to understand the gentlemanly language of Kenyan men. The ideal gentleman is always going to be the exception and there is no point looking for him in the open market. That is akin to demanding pink champagne at a budget nyama choma joint where one would be lucky to get cold beer.

In end, we attract what we are. You want a gentleman; start with being a lady of character and men will step up.

6 thoughts on “Still Looking For A Gentleman?”