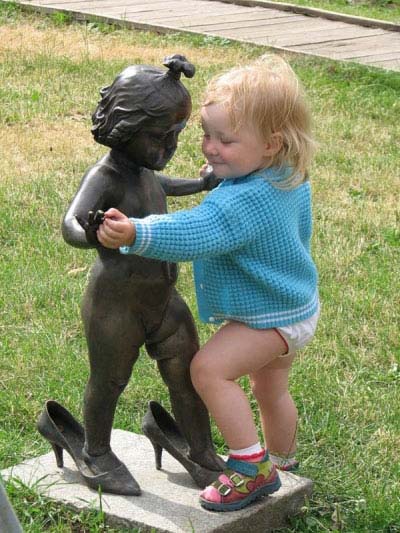 I am a reluctant dancer. Blame it on my two left feet. I am approaching middle age and I can afford to be picky. What passes for musical hits these days is nothing but noise to my ears.

I grew up in the age of crooners when no one broke a sweat on the dance floor and every session finished with a lovey-dovey number. I never realized how outdated my dance moves were until I went out recently with a young crowd to an evening party. In beginning the music was mellow with the DJ drawing his selection from the 90s slow jam era. I was on the crowded floor, feeling hip, every song bringing back memories. All was well until the DJ in his inspired wisdom decided to pick up the beat because the bulk of his crowd newly out of college complained,

Spurred on, the DJ pumped up the music and my younger dancing companion who had seemed quite mellow shot to life and killed my flow. Suddenly she was swiveling her derriere right in front of my crotch, my cue to draw in and meet the not so subtle challenge. Before I knew it, she had her knee up, my hand reached out to prevent her from falling not realizing it was a dance move. Shaking her head, seemingly in a trance, her hair extensions swiping my face and the insistent thrusting of her pelvis into my midriff left me feeling very… seedy.

Then she would repeatedly drop to the ground, her bottom rising throbbing on its own like an independent body part. A rapidly wiggling bottom is a showstopper and I was rendered a spectator. This was one wild pony. She danced like a stripper and I was the pole. All I had to do was stand and function as a prop. I considered getting a stronger drink to match her vigor. Eventually I signaled a younger companion and indicated that I had run out of breath. “I need a drink”. It helps when you are little older. You can always feign fatigue and everyone understands.

Lately, I have noticed that repetitive movement of the bottom up and down an imaginary pole is what dance has evolved into. Even the mechanical Santas outside the malls on Christmas sport a naughty gyrating tush.

I have been to toddler’s birthday parties, simple crisps and soda affairs. Where the kids start dancing imitating Shakira with half the parents shocked wondering where did the children learn to move like that?

Sexualized dancing is in mainstream youth culture. Sleazy is the new sexy. It must be epitome of uncool to move other parts of the body, to swing without wiggling or sway without writhing on the dance floor. At this rate, a reasonable father may have to teach their daughters other dance steps that do not necessarily mimic copulation.

While in the past women with graceful moves on the floor stood out, it seems these days the closer one gets to mimicking a stripper, the greater the attention paid to her. The girls seem very aware of this. Two girls on the floor, dance like lipstick lesbians in a public display of affection that even gets the girls gawking. They know they are being watched. Dance, has become like public foreplay, a signal of realms of possibility that leave every man within peering distance hot and bothered.

The booty shaking dance style merely masks latent sexual expression. Every generation chooses their means of expression based on popular influences. I grew up knowing that a night had to be concluded with close romantic dancing to the lyrics of a crooner. These days, the shakes are in.  In Kenya, we have still not evolved enough to permit kissing and sexual scenes on local television, the only way around meeting the obvious need for expression is lewd dance.

Interestingly the younger ladies are merely participating in a hormonal outlet. In another example of reversed roles, it is women taking the lead on the dance floor and challenging historical male dominance. They are in charge and the man merely functions as a projection of the fantasy. The sexier dancer always gets boys running after her and old men vying to buy drinks. The expectation has become routine, I bump into college types who wonder why their girlfriends refuse to give them a lap dance. Something my generation of men would only get access to during the rare raunchy stag party.

Dance in Kenya is a female dominated activity. It is an expression of self-liberation. At weddings and other festive occasions, it is the women taking the lead. In the nightclubs dance as an avenue for display is now standard practice. Women of night competing against each other for male attention leverage their potential through dance and low cleavage.

I am from the school of men that generally take a very nonchalant attitude to dance. Taking a dance class is like taking football-kicking classes. The logic escapes us. Like athleticism, you either have it or you do not.

18 thoughts on “Shall We Dance”