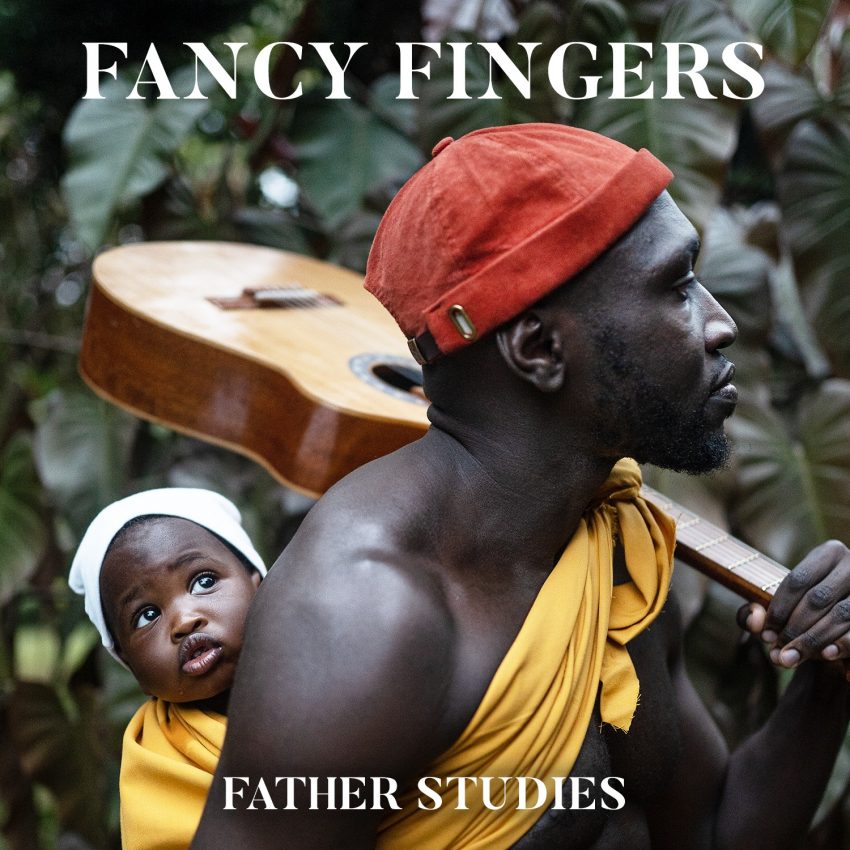 I return from a two week trip away from my home to find my little daughter at the door as I enter the house. I bend down to give her a hug but she is not too keen on it. I was expecting her to grab my leg and declare how much she missed me while I was away. Instead, she is only briefly interested in my suitcase before she runs back into the living room. I hear her mother calling after her, “Come back baby, come say Hello to Daddy properly”.

I have come to accept that my daughter is not like those kids I have watched on Youtube videos, who wait expectantly at glass doors and start to jump up and down in excitement at the sight of their fathers returning home. It is one of the first lessons I picked up as a parent. Children are different. My relationship with my children is not conditional to things that please me.  The power to parent, is to accept children as they are.

I remember when she was only 7 months old and we were relocating to Amsterdam from Nairobi. We arrived at Schiphol airport in the early morning and made our way out of the plane. I had her strapped to my chest in a baby carrier, facing forward. A middle aged white woman in front of us in the queue kept turning back and making faces, trying to draw out a laugh, a smile, something! My daughter did not reciprocate her gestures. I could not imagine what was going through her little brain and I wanted to tell the stranger, to tone it down.

“She just got off a long flight. She is calibrating new information”.

When she joined day-care in the new country, the teacher reported back to me one evening when I arrived to pick her up.  Your daughter does not show much emotion. This was a concern. There was emphasis on integration into the local school culture and my daughter was one of the few foreign nationals.  As we arrived home, my little girl burst through the door bubbling. That night, at 2.a.m, in her cot, my wife and I heard her giggling. She giggled sporadically and then broke into a long laugh. It was a laugh of joy, drawn from her belly. One of the most beautiful sounds to wake up to in the middle of the night.

She was only a year and half and she had already learned how to close up in spaces where she sensed she wasn’t seen.

In my former life, as a single man and a mainstream newspaper columnist, I used to be that chap who gave great parenting advice. Now I am the father of two young girls, trying to raise them in Europe, the epicenter of the pandemic and I realise why no one follows their own great advice. Experience has transformed my attitude to one of subordination to the insights of children and the young people around me.

Know Your Children As They Are is a book by Caleb Gattegno, the influential educator. The book begins with the statement.

Parents love their children. But do they understand them?

We are often blind to the emotional needs of our children just as our parents were blind to our needs as children.

Time was the one positive consequence of the COVID-19 pandemic. The city of Amsterdam shut down and the authorities encouraged us to work from home. We used to complain about finding quality time to spend with our children in our busy lives. For some fathers, the lockdown period became an extended paternity leave.

The first month of the hard lockdown in the late autumn of 2020 required radical adjustments. We were cooped in the house for long hours and I feared my daughter was watching too much TV. Our outdoor life was limited. We were still too new in the country to have cultivated a circle of friends with children and we had not acclimatised to Dutch winters.

I began a daily routine of taking my daughter to the park. The park was usually empty and when I found other parents, they kept to themselves. We were living in a 1.5 metre social distance society. I would trail my little girl around the playground, scanning for littered hazards like discarded cigarette butts and examining what grabbed her attention. Sometimes, there were other children in the park, all playing by themselves with adults as their playmates. This was novelty but by following my child’s lead, I began to focus on what held her interest and worried less about my expectations of an ideal child playing environment.

Charlie, a good friend of mine, said once over lunch, “Fatherhood is confrontational’’ and I found myself mulling over the statement. Indeed, I have had to confront my own past and the need to dominate as a parent.

I initially approached parenting with a written script of best intentions. Fellow parents with multiple children confess that the first child is usually a bag full of nerves. We over-index on all fronts trying to be model parents. When the second baby arrives, we are a little more resigned to the reality as it is and worry less about what we cannot control.

Dr. Gabor Maté is the author of “Hold on to your kids ( Why parents need to matter more than peers)” is a gifted teacher in the addiction and trauma fields. Drawing from his own personal fatherhood experience, he talks about the challenges of fathering his son. Since he did not know how to be there for his son, he reasoned that he had to wait for his kids to become older so that he could intellectually engage them.

Gabor Maté talks about the first three years of a child’s life as foundational. Children have an attachment need and in the absence of a nurturing adult to attach to, they tend to fill the void with a peer group. How many fathers miss the early stages of infancy only to return bearing gifts and engaging in remedial parenting hoping to catch up on lost years over a series of fun weekends?

So, how do we stay aware of the emotional needs of young children in the middle of a pandemic that is upending our lives?

I have had to recall my past and return to a time when everyone believed Armageddon had arrived. HIV/AIDS was the killer disease of my entire teen life. My parents never talked about AIDS in the way we talk about COVID-19 to young children. AIDS as an illness was private but its manifestation and death were public.  HIV/AIDS came shrouded in moral language and its victims, it was said, only suffered the inevitable consequence of immorality. But after the innocents started to die, faithful wives and newborn babies, everyone became a victim. The culture of shaming matured into one of silence and denial.

In the death notifications in the newspaper pages, this phrase would become commonplace,

“Passed away after a long illness bravely borne, surrounded by loving family members”.

HIV/AIDS was exacerbated by the storm of Structural adjustment programmes (SAPs) imposed by the IMF and the World Bank to mitigate the economic crises of the 90s. I experienced the recession of the Kenyan economy and the deterioration of the public health system. Citizens were left out to dry and poverty became widespread as the middle class crumbled under the weight of a new disease burden.

By the end of the 90s, HIV/AIDS had wrecked devastation in all areas of our lives.

Several rural homesteads in my home county of Siaya were left with frail grandmothers raising their orphaned grandchildren. The funeral came to occupy a central space in the community as a place to draw strength in the midst of perpetual grief. Three decades on, it is nearly impossible to find a family in Kenya that was unaffected either directly or by association by the HIV/AIDS pandemic. Yet in the beginning, no one thought it would last this long.

I check my Twitter notifications. Polycarp Otieno, also known as Fancy Fingers is about to drop an album. Polycarp is the fourth member of the popular Sauti Sol, an afro-pop band from Kenya. The other band members, Bien-Aime Baraza, Delvin Savara Mudigi and Willis Chimano have established and distinct vocal styles. The affable Polycarp built his reputation as the band’s talented guitarist, content to be in the background. No one had heard him sing outside a chorus. Polycarp broke his decade long vow of silence with a delicately crafted debut album titled Father Studies dedicated to his son and his fatherhood journey. His voice is rich, the melody is tight and his lyrics are stirring.

I was drawn to the image on the promotional poster. Polycarp has his son Sulwe strapped with a shuka on his back. It is the common African’s mother baby cuddling and bonding technique. This simple gesture is a symbolic and sincere plea for conscious fatherhood.

Polycarp emerged from reclusivity determined to tell a different story about fathering and he celebrates his commitment to the role.

The COVID-19 hard lockdown became an unofficial paternity leave for many new Kenyan fathers. With a social life cut off, men had to confront the reality of a baby nurturing life that we had been socialised to conveniently evade, with our professional and social obligations in keeping with our gendered roles as providers.

These young fathers, that Polycarp represents,  appear to be navigating this crisis differently. They are talking about fatherhood loudly, with their chests. I hear more young Kenyan men talking about the kind of fathers they would like to be, moving away from a previous standard of exaggerated machismo to one of conscious parenting. It is true what they say. Hurting people, Hurt people. One has to be willing to break the cycle.

These young people are using art to make sense and writing their own stories of this ongoing pandemic. They have simply refused to turn to despair.

The eruption of creative talent during this pandemic is fascinating to observe.

This generation of babies born during this coronavirus pandemic will unearth the stories of grandparents and parents who died suddenly and were hurriedly carted away in body bags to be disposed of as potential biohazards, by men wearing protective hazmat suits.

Unlike the AIDS era, this should not be the single story of the pandemic. Young people should continue to re-imagine their worlds and paint it in radiant colours.

“If you want to change the world, go home and love your family”.

I know I have to navigate this different as I prepare my children to meet the future. One that is bound to be occupied by new variants, lockdown syndromes, pandemic exhaustion, vaccine boosters, racial profiling, testing and death.

But, I remain hopeful, because our artists are not sleeping through the pandemic.

17 thoughts on “Raising A Pandemic Baby”