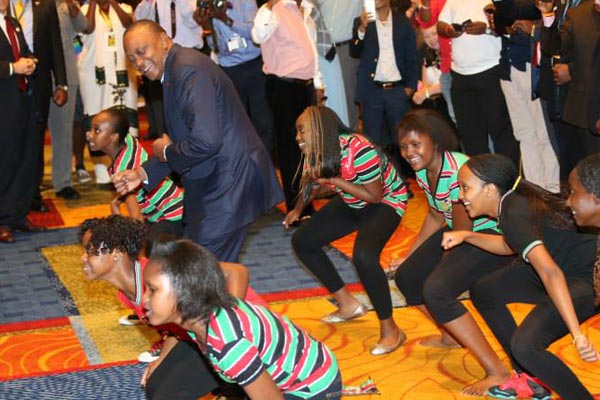 My old man used to say, “If you have to lie, put some back into it”. As a curious juvenile, I had once ventured out tadpole hunting, with a group of kids I met outside our gate to prove I was not a “home-bound softie”. We ended up at Nairobi dam after walking for 2 hours, had a blast and then literally sprinted all the way home in panic. It was the first time I had broken the 7 o’ clock curfew rule. If my excuse had any more holes, you could sieve tea with it.  My mother, a school teacher did not hesitate to use the cane liberally to instil the lesson but my father recognized the budding spirit of adventure and decided to introduce a pragmatic concept that would serve me well in my later life. The good lie. Honesty is the best policy but if you have to lie, put some back into it. A good lie can save your life. A bad lie would get you killed. If faced by a deranged gunman insisting on a recital of the Quran, reaching deep into the hemisphere of your right brain for a genuine lie is the simple choice between life and death.

A good lie is an occupational hazard in some professions. Lawyers will agree that the ability to be conservative with the truth is what it takes to get paid, only that a lawyer would say ” It is his duty to represent the client zealously”. A successful musician who spends his down time smoking, knocking back shots and fondling socialites should have the good sense to leave out the details when a reporter ever inquires what he does for leisure. Whether he acknowledges it or not, as a public figure and invariably a role model, a certain level of sobriety is required. Impressionable kids watching must be spared the harsh reality of the ratchet lives of showbiz personalities and kept in school focused on good grades. Loving partners know the necessity of a good lie. When the wife asks the ever leading question, “Do I look fat in this?” Be kind and put some back into it.  A sensitive lover knows how delicately they have to tread around the question, “Was it good for you, sweetie?” to reassure the insecure man. A single mother should know better than to bluntly tell her curious child why she left the sorry excuse of a deadbeat dad and opted for single parenthood. She would be ill advised to splatter her private beef with an ex-lover and father of her child on a social media forum to get even.

When it comes to politics, we have made peace with the fact that politicians have to lie because the public is not ready to deal with the truth. A study in the UK (read credible) revealed that politicians make good liars because they manage to convince themselves that they are telling the truth and doing public good. The tragedy in the Kenyan case is that politicians and government functionaries are such lousy liars, one feels like stepping outdoors and burning a mattress in frustration. The PR spin around grave national issues has gotten so ludicrous and hit such new lows that the average Kenyan can now predict the official narrative of misdirection even before it becomes news.

Therefore when an entire nation pleads to their leader to do something about the runaway security situation,  the least the President can do, is to put some back into it, if for nothing else but as a token of respect to the people you were elected to serve.

5 thoughts on “Put Some Back Into It, Mr. President”