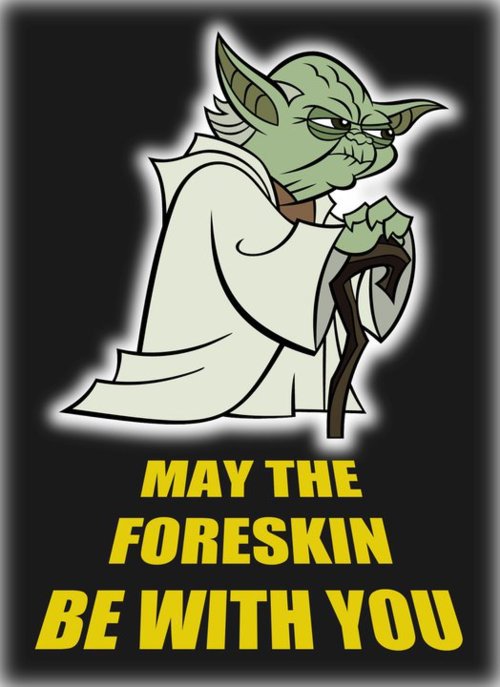 During the month of August, an important cultural ritual takes place in many parts of western of Kenya. Among the Bukusu people, August has become synonymous with male circumcision rites. Boys who intend to become men must face the knife in an age old ceremony that involves snipping of one’s foreskin. It is a patriarchal procedure meant to turn sissies into real men and foster tribal bonds among the peers that undergo the ritual. While circumcision rites are very culturally specific, a bunch of rogue elements have taken to terrorizing individual males from communities that are not obligated to circumcise their men. News reports stated that mobs of excited fellows in the Moi’s Bridge locale, specifically targeting men from minority communities such as the Turkana in the Bukusu dominated area for forcible circumcision. No consent was sought and one can only imagine the traumatizing experience of a compulsory cultural ritual that is not part of one’s heritage.

Foreskin is a subject that generates fierce debate in Kenya. Typically communities that circumcise their men use this fact as an ethnic slur against those that do not. The foreskin issue has been used to shore up cultural arrogance and perpetuate a superiority complex that has served the vested political interests well.

While circumcision prevalence is high in Africa and Muslim countries where it is a mandatory cultural or religious requirement, over 70 percent of the world’s population do not circumcise and take pride in genital integrity. The proponents of circumcision always highlight medical reasons and notably cleanliness as the leading appeal for the procedure. In parts of Nyanza, circumcision advocacy was sold as an effective HIV prevention strategy. During the two World Wars, soldiers stuck in sand trenches unable to clean up might have needed circumcision as a war strategy to save troops. But cast against the millions of men worldwide living perfectly healthy lives with their genitals intact, the argument does not hold up to close scrutiny. Besides, many people have issues with athlete’s foot and bacteria under their toe nails. The point is not to severe one’s toes.

There are numerous benefits to the foreskin and the ignorance around the biological functions of the prepuce is ridiculously shocking. It is not an accident of nature that penis has a protective layer of skin and all male mammals have one too. The male foreskin has 20 000 specialized nerve endings which if for nothing else are essential for sexual fulfillment.  Anyone who takes the trouble to research will come to realize that the anti-foreskin brigade are really more focused on a cultural identity body mark and use the omission to stereotype those who are different.

Worldwide trends indicate that idea of mutilating new born babies for purely cosmetic reasons is losing favour. There are numerous men fuming over the loss of foreskin derived at birth without consent. The ethical implications to removing healthy, functional erogenous tissue from a non-consenting minor has becoming a major debating point for foreskin awareness groups. Foreskin restoration is a big industry. In Southern Africa, much discussion has revolved around the disposal of foreskin. Where do all those tips end up? Apparently foreskin harvesters have found a recycling space in anti-aging formulas and others end up as witchcraft charms.

Imposing cultural rituals on ‘outsiders’ is ethnic tyranny and violation of the human rights of the innocents. People do not choose where they are born and should protected from misguided elements. In some communities, an adult going uncircumcised is a lifetime embarrassment. In other, it is non-issue. We must learn to be little more tolerant of our differences.

1 thought on “Politics Of The Foreskin”