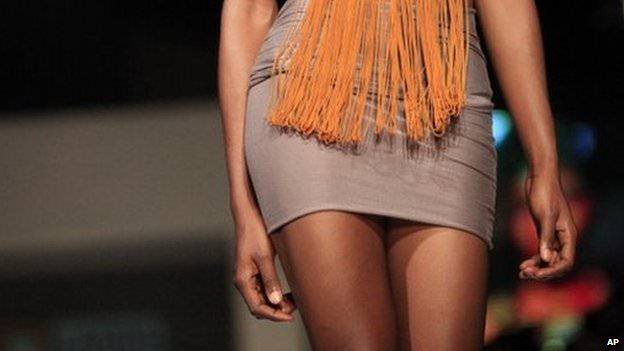 The recent enactment of the controversial anti-pornography legislation in Uganda that outlaws miniskirts and other types of revealing clothing should have conscious Africans deeply concerned. The severe anti-gay legislation was clearly just the tip of the ice berg.  The women have joined the ‘unclean list’ of elements that must be purged from society.  It is now illegal in Uganda to wear ‘revealing’ clothing, including tops that show too much cleavage and miniskirts, defined as anything above the knee. Uganda’ Ethics and Integrity Minister Simon Lokodo said that it is now forbidden to wear any clothing that could be deemed sexually exciting. “If you dress in such a way that you irritate the mind and excite the people then you are badly dressed”. The declaration could not be more ambiguous. Which practically means, if the same standard was applied to Nairobi, we would quickly have to build new prisons.

We had heard that hypocritical messaging all our lives. Sex is sinful and it is all the fault of those foreigners. We were pure and innocent until Westerners started enforcing their ways on us and secularizing our societies.

Traditional African society did not have such punitive views and generally held fairly healthy attitudes towards sex. Most African societies largely viewed sexual diversity and nudity in well-defined cultural contexts. But ‘modern’ Africa is turning inconveniently puritan, making us all guilty of morality charges that were none issues just the other day.  In places like Uganda, moral policing has been out sourced to male vigilantes who are bound to harass women who do not conform to their narrow moralistic views on dress, infringing on women’s rights to their bodies.

Attempting to selectively use the bible to justify this level of hate only runs up against contradiction contained in the same holy book. At this rate, we might as well stone brides who are not virgins to death. It is in the bible in Deut. 22:21 where stoning is sanctioned as punishment to purge the evil from our midst.

This sort of thinking is obviously very un-African. We learnt the doctrine of sexual guilt from Europe. The West has a long history of religious inspired hostility towards sexual freedom. Throughout history, western based religions perpetuated heinous campaigns that specialized in sanctioning human sexuality by use of guilt, forced repression and severe punishment. The natural part of life where sex functioned has been resisted ever since post-colonial Africa adopted the same standard of moral policing.

The sweeping prejudices, the simplistic arguments, the indoctrination of hate against the ‘other’ now comes with a legislative seal. The problem with the doctrine of hate under the pretext of controlling moral depravity is that it knows no bounds. Today it is the homosexuals. Tomorrow, women in short skirts, then it will be the foreigners who disagree and it won’t be long before they clamp down opinionated journalists.

Moral righteousness thrives among some of the most dedicated consumers of online pornography simply because the real perverts do have their dirty secrets too. You can pick them out by how loudly they complain about lack of morals in society. 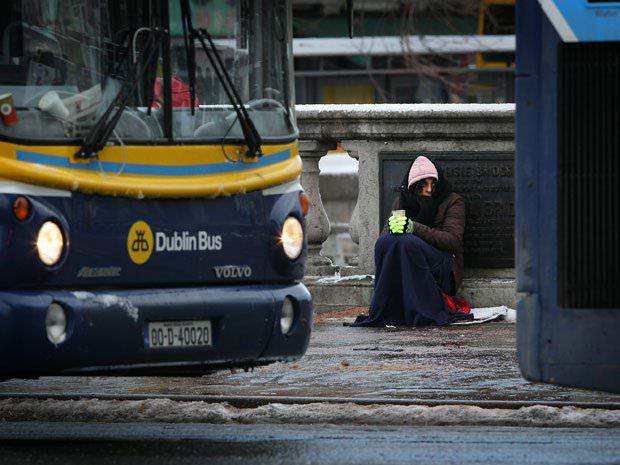 While Uganda might have stirred the hornets’ nest by passing the controversial anti-homosexuality bill, European and US governments’ threat to cut aid was bound to be interpreted as blackmail. Placing aid and homosexuality in the same context goes against ingrained socio-cultural foundations of the majority which cannot be changed overnight by threats. This only reinforces the stereotype that Europe is bullying Africa into a conformity standard that is culturally viewed as taboo.

I hope I live to see the day when Africa would be in a position to play the same card. Imagine this.

The decision by European governments to sign a bill into law that imposes harsh penalties for polygamy has resulted in aids cuts.Upon the realisation that polygamy was declared illegal in Europe, African states threatened sanctions and withheld agricultural exports.

Kenya described the adoption of the draconian law as a tragic day for Europe, and the cabinet secretary for foreign affairs, Fulani Fulani, announced that African engagement with Europe would be reviewed.

African countries in unison said all direct exports to Europe had been withheld until governments had a change of stance. “Africa remains committed to supporting the people of Europe but the export will be channeled through alternative routes, including Western aid agencies that met the Africa’s marriage rights principles”.

Other African donors have taken a tougher line. Tanzania said it would be withholding $8m worth of coffee aid, and DRC Congo said it will divert $9m away from the government. Nigeria said it was reviewing its assistance.

Laws must be adapted to the spirit of each nation but implementation is not that simplistic, wholesale approach of the Western narrative to homosexuality legislation in some African countries. If anything, the stance only plays up the propaganda of a European cultural invasion aimed at disrupting African values. Cutting aid never affected the rulers. It is the underlings that continue to suffer.