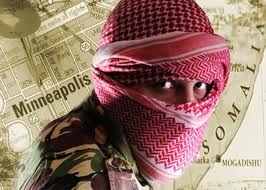 5 thoughts on “Our Man In Somalia: Reflections On The War On Terror”