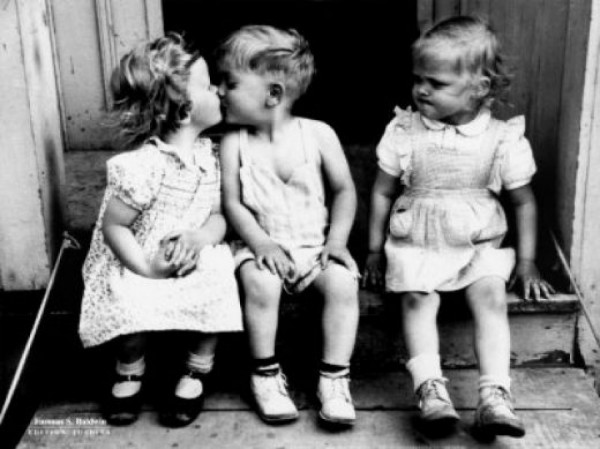 An amateur video clip of Nairobi University students in distress was doing the rounds last week. The students were lying prostrate in submission on bear tarmac, tucked tightly like beaded string in a straight line and receiving a severe public flogging courtesy of the state. It was a humiliating scene. The GSU police were dispensing jungle justice with no mercy to students ‘disturbing the peace’ with zeal and glee.  This was in reaction to a student protest that had spilled onto the city centre and turned unruly. There was a taste of an old grudge in the whole scene.  The video generated a lot of outrage. Among the things said that stuck out, was a Facebook comment that spelt it out as a clear case of envy. Rank and file policemen getting back at university students for flaunting their academic status.

I found the statement valid. People are envious. There is such a huge envy affliction in this country that the kind hearted have learned to be sparse with details of recurring success. It is prudent to hide your silver and tuck your gold out of sight. For you will be attacked for valid achievements and despised for making it clean. Our society has formed the nasty habit of disparaging those who do ‘too well”. Simply because it forces us to truthfully examine the inadequacies in our lives.

Envy is something we pick up from parents. The way they talk about the once destitute relatives with that unmistakable sense of disbelief that the gods would favour someone so unworthy. In the past, people handled envy much better. There was not enough TV to remind one of how badly they were doing compared to the lives of the rich and famous.  Then the consumer economy arrived with all its perks, chief among them envy. You can now buy your way to happiness and the man who dies with the most toys, wins the rat race. We are raising a generation of entitled children who believe their parents should do better in securing their financial futures. The kind that grow into pesky adults demanding their share of inheritance as incentive to ‘start a life’.

The discontentment spares no one, not even children. Village children running free are envious of their visiting city cousins riding in the comfort of a sleek car as the city kids stare through the back window longing for a freedom that they have never known. The sober envy those who drink. At least they have someone to blame for all their misfortune.

Even animals can be envious. I have met small dogs not used to been ignored. There I was once, trying to carry on a conversation with the fair lady as the puny hound kept calling attention to itself with its whinging. I have little patience for vain dogs though I find cats bearable. I must confess that I have always been envious of a cat’s ability to ignore me completely once they get what they need. Smokers are all culprits of envy because that is how it starts. Fame stirs up envy. Celebrities photographed in flattering light blowing off the smoke of defiance have made more than their fair contribution to stained teeth and clogged lungs of entrapped nicotine addicts.

Some people have formed careers out of stoking the fires of envy.  Evangelical preachers come to mind. They simply cannot help themselves and have no sense of restraint. When God shines benevolence and favour they are quick to rise and announce to the suffering audience that “God has been good”. They should all keep quiet and count their blessings in private.

The recent emergence of Facebooking as a favourite past time has turned envy into a sport. Congratulations is merely envy dressed up in civil language. Kenyans are up and about demanding attention for every little success in their lives. People will work hard for their daily dose of envy. We crave it. We spend waking hours counting our friends blessings instead of our own. We wish to become prosperous, not so much for the comforts but that we may stand out as the measure of achievement.

Envy is kinetic power that keeps our economy grinding and greases its parts. It is what keeps people tossing in bed at night dreaming of government tenders. Envy is what the pursuit of happiness is all about.

After all, envy is as much a vice as it is a virtue. It is easy to list demerits against its sinfulness, but it is a passion that can move us to good as well as to evil. Ambition is only envy in action. People who want to win praise and envy of their peers go on to make history.

In reality, the grass is brown on both sides of the fence.

11 thoughts on “On Envy and Green Grass On The Other Side.”