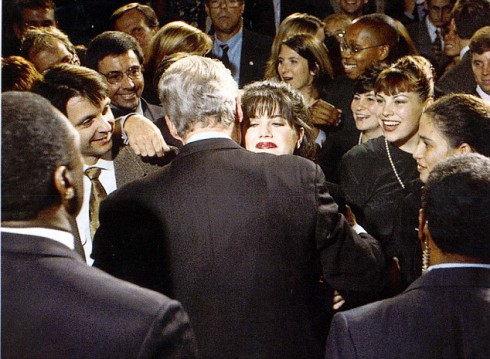 There are lots of places you can find love but I wouldn’t recommend the office. Attempting romance in an office environment proper is ill-advised especially if you are not the chief. Romance in the office is not suited for those in the lower order. In fact it’s out rightly dangerous especially if some top dog joins the race for the prize. From a simple flirting situation, you will find your back flung against the wall and your job on the line. Any junior worker in an organisation will tell you that, you do not eat on the same table with the boss. Office romance is tilted in favour of those in top management echelons because it is all about power. If you don’t have it, you can’t play.

It would be a good idea to find out what the office relationship policy is before you make a move on the gorgeous sales lady. However I would strongly suggest that you avoid getting romantically involved with anyone in the same office, no matter how attractive they are. It is just plain sticky. Romantic involvement can take two modes. Among equals is the preferred scenario but in the corporate world is of no use professionally. The temptation in any given office environment is understandable. The women always look their best and guys generally look sharper in ties and suits but that’s no excuse to go after office colleagues. It’s like crossing the line with best friends of the opposite sex. So unless you intend to marry her, please, exercise restraint. I understand it doesn’t help that she only owns mini-skirts and is such a flirt, but you still can’t touch. No matter great the rapport is or whether those long legs are the joy left in office these days. Office environment are the perfect trap for big egos and big egos do not rhyme with small titles.

But nobody listens to me anymore. Tomorrow, you walk into the office and do the exact same thing I warned you against. The next hot number who gets recruited will pursued like a hound on heat. You have it all worked out and you can already see the envy on everyone face, the guys in the office going “bow down to le stud”. So you make a move, flirt, flirt and since she is as green as algae straight out of college, as gullible as they come, she falls for you. It’s perfect and inevitably the first month is great, but familiarity breeds boredom and soon you cannot stand the constant togetherness. There isn’t a whole lot you can do about considering you work in the same office. Your pleas to get her moved on the grounds that she is technically your ex will be the joke of the month. In any other environment it would have been easy. Just play the busy office worker and use the old age strategy of shifting attention from her to your supposedly busy schedule and eventually she lets go. But that strategy is hopeless if you work in the same office. How on earth do you ignore her? You are not her boss, so you can’t issue a restraining order and trust me, there is nothing like botched relationship being played out in the office.

You see office relationships are not about love. Office relationships and I would like you to repeat this after me, are about power. If you are going to sleep around and you are a worker, please, trust me on this, it has to be strictly top management. Do not getting into the habit of sleeping with the working classes if you are a worker. That’s like inbreeding. It is of no use to your career and basically ridden with problems. Practice abstinence, it will do you more good.

There are two ways to climb the corporate ladder, hard work and sleeping around. We all know about merits hard work. Promotions are usually not awarded on merit. The corporate structure is pyramid shaped. It is run by a very simple fool proof mechanism. As long as those at the bottom work harder, those at the top will get richer. In order to move from the bottom rungs of the ladder to the top, the company will bleed you dry, give you just enough to get by, take away your best years in exchange for a very valuable commodity they call experience. What they never tell you is that no sooner do you get too experienced in your trade, do they get rid of you. Basically, you become unprofitable to the company. You may believe that in order to earn more money, you will have to help the company make more money and sit back and wait to be rewarded for your sense of commitment. It is for this very reason that, the richer get richer and the rest of us work harder.

But every system has its loopholes. If hard work won’t get you to the top, you might want to try sex. Now although sleeping around is not entirely foolproof, its successes cannot be ignored. Think Lewinsky. However, before you go knocking at the bosses’ office, remember that is takes more than a fine pair of legs. Women who have understood the power of sex wielded it with reckless abandon and the results were remarkable. Those who get to the top, do so because, they understand that it is a tool that has to be complimented by other skills. It’s a male dominated world those who disagree continue to suffer.

But circumstances are changing fast. With more and more women taking over top corporate positions, it has become extremely important for men to learn how to profit from sexual harassment. I guess the shoe is on the other foot. If she is your boss and she wants you, play smart. You can’t afford to think like a man. “Well, she is not too bad looking, and it’s only a one-off”. That’s plain dumb. If your female boss makes a move on you and it doesn’t come laden with career improvement perks, that is harassment right there. You need to be principled. If one night of passion doesn’t translate to improved figures on your pay slip at the end of the month, you are being harassed. Sex in the office has nothing to do with fun. It is a pure strategy in its coldest form. The sooner you learn this, the better.

As a worker, you start from a point of zero. The boss has the power and you have none. Big chests and perfect figures don’t count for much. You have to change your attitude. Before you plunge into this prosperous relationship, please run through this list outlining the likely hazards that workers hoping to distant themselves from poverty might be up against.
Secrecy: You cannot keep it secret, so forget the Mossad maneuvers. If you have an affair with your boss, everyone will get wind of it sooner or later. Big deal, since they do not have photographic evidence, it’s a healthy scandal. Besides, they can’t fire you, so long as you don’t join in the small talk of your colleagues you are safe.

Jealous co-workers: You are drinking the water and they are the croaking frogs. Unless they are threatening you with physical harm now that you have your own corner office, pay no attention.

Pressure from spouse or girlfriend: Try and persuade her to understand that a loaded affair is all that stands between you and the bright future. There is such a thing as cheating for a good cause.

Competition: If you sniff competition closing in on your prize, just get outright vicious. Poison the competition’s mind with alarming stories of bondage and humiliation. Work with sensationalism and sabotage every move. Like the Americas, stop at nothing when it comes to protecting your interests.

If you are fired: Before the rewards have matured, it’s time to bring out the secret tapes and photographic evidence. You cannot go down alone, and if you going find yourself on the street, someone has to pay dearly to keep you quiet.
When you finally get rich, people won’t be as concerned about the route you chose to prosperity. As long as you have the money, you will be accepted. Opportunity knocks once, so you might want to find who is at the door.