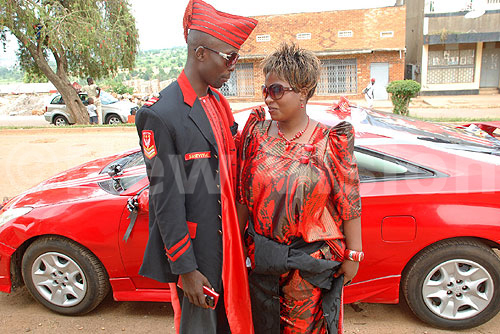 Many men love February the 15th. It is should be named the Phew! Day and commemorated as the day for the survivors and victims of the Valentine day romantic manipulation on mankind. It should be a day when we remember those men, the survivors and victims of all ethnic persuasions who were fleeced, manipulated, persecuted, or discriminated against due to their inability to render a creative, luxurious and memorable Valentine evening for their loved ones on the 14th day of February. They must not be forgotten.

Valentines’ Day is a systematic, corporate-sponsored event that no man is safe from. The English entrepreneur behind the original card, popularised the Valentine gift sharing ritual in the early 19th century, with the belief that love was not meant to be cheapened by mere action and invented ‘thoughtful gifts’  for the “romantically superior” man. There is one reason why Valentine day continues to generate more fuss than should be tolerated. The tyranny of numbers. When everyone is going out of their way to celebrate a day, anti-valentine day sentiments will just be dismissed as sour grapes. You cannot talk your way out of it without sounding like a single dude who is just tired of bonding with his couch and free hand.  Valentine day is now an $18 billon economy and working its way into national holiday status. It may have bloody pagan roots but so does just about every foreign holiday that we have adopted and worked into our lives.

Try justifying your reluctance to celebrate an event that started with a beheading to your significant other and let see how far you get. Socially, women have been programmed to respond to a bouquet of red roses with glee. While men are socialized to purchase their way into a girl’s heart. Recognizing this day in all is glory will earn one the ‘considerate’ tag, one of the preferred qualities of a good man in the modern day era. A teenage male starts his romantic training with a card and a single rose stem. By maturity he should be approaching diamond and platinum level because that is how the big boys roll I hear.  A Nairobi hotel had a kshs 2.4million presidential suite and trappings as the perks for the day. I had really hoped that it was a hoax but turns out there is a 1 per cent that simply refuse to think small. What can we do but accept and move on.

If commercialization of Valentine’s Day rubs you the wrong way, then spare the rage and shift some of that energy for the real victims and survivors of an actual Valentine’s Day massacre that happened on Kenyan soil. I am talking about the Wagalla Massacre that occurred between February 10th and 14th in the year 1984. Figures are still disputed but on those 4 days more than 1, 500 men and women died after getting brutally tortured and killed by the state. The government remains in denial and the victims are yet to find closure to decades of historical injustices caused by ethnic profiling.  The Truth Justice and Reconciliation Commission report is yet to be adopted and serves as the beacon of hope for marginalized all over the country who continue to bear the brunt of their otherness. 31 years on, those painful memories are carried on by the survivors who bear real scars of the tragedy. The only living proof that massacre actually occurred.

As we honoured those we love on Valentine’s Day, honour the survivors, victims of the several massacres besides Wagalla experienced in Kenya’s bloody history by refusing to accept and move on.

MUGABE TRIPS AND BREAKS THE INTERNET. 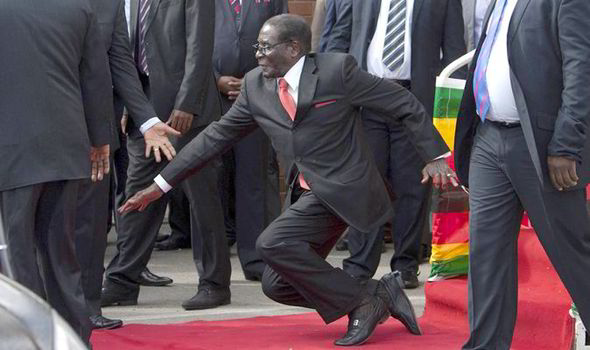 Robert “Bob’ Mugabe became the latest victim of a series of hilarious memes online.  The 91 year old Zimbabwean leader missed a step while walking down the steps of a carpeted podium and tumbled to the ground and the incident went viral. The pro Mugabe press tried to put a positive spin on the story, “…But President Mugabe showed that he is mentally agile by having the reflexes to break that fall, and that he is physically fit by walking away totally unscathed”, wrote the Sunday Mail. But by then the spoof pictures were already halfway across the world and creatively photo shopped pictures making fun of the fall #Mugabefalls had become a trending topic.

I revisited the footage and I have to say the Bob fell quite gracefully for a man his age. It was a standard trip that could happen to anyone, but when you are labeled Africa’s most detested dictator by western media, no one was going to pass up the opportunity to blow the incident out of proportion. The fall was seen as a metaphorical cue for his fall from the podium and the long overdue hand over of power to a young generation of Zimbabweans.

Mugabe’s politics aside, I was intrigued and wanted to find out the man’s health secrets. Apart from the occasional nap during official functions, fairly acceptable because we all know how windy officialdom can get, Bob is way above the average fitness levels for men in his age bracket.

Holding on to power especially in Africa requires a lot of stamina. What is his secret? A younger, energetic, sometimes philandering wife 40 years your junior to keep you on your toes? Apparently Bob wakes up at 5am every morning to take long walks and is not keen on gym equipment. He follows his own secret regimen devised from his revolutionary days in the bush, reports sources from the Zimbabwean press. Like our former president Moi, he also swears by traditional foods. He eats very little red meat. We know he doesn’t smoke and drinks with moderation. He also travels to Singapore for regular ‘eye checkups’.

Robert Mugabe has outlived most of his contemporaries and is in better shape than men several decades younger. If there is something positive we can learn from his highly published tumble, it is keep fit, eat right, don’t smoke, drink in moderation and get up quickly every time you fall.

4 thoughts on “Of Valentine Day And Massacres”