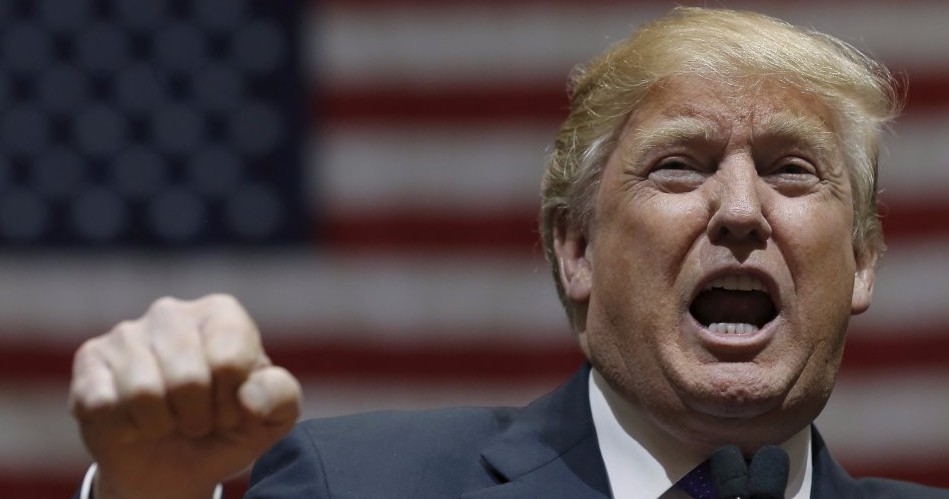 I have never taken a keen interest in US election politics. Not since, the nomination of Barrack Obama, as the first Black, Kenyan-American running for president. My renewed interest is less about the possibility of another historic leap for America with the election of Hillary Clinton as the First Female President. It is the Republican nominee, Donald Trump keeping me up late at night watching cable news.

I am old enough to know that when America has a flu, the world catches a cold.  In six quick months, Trump has sent me into convulsions of confusion and into dark corners of conspiracy theorizing.

First I laughed at his candidacy. Then I resented his style. Then I began to shudder at the momentum of his popularity. Then I conceded that Trump was not to be taken lightly.  I have noted, the growing resignation among some of my friends that Donald Trump could just be elected President in November. It is a puzzling twist in America’s script. To rise from the buffoonery of George Bush, to the brilliance of Obama only to retreat to the notoriety of Trump. It was the iconic comedian George Carlin who said, “”In a America, anyone can be president. That’s the problem”.

Why does Trump bother me so much? I never caught on to his shows. Reality TV felt very unreal and after the hot air that blew around “Keeping up with the Kardashians”, I was keeping safe distance. Trump was Mr. Hype personified, the caricature showbiz man, milking every ounce of attention he could mop up, by any means necessary. He was not supposed to be real outside his manufactured set.

Trump is the rich spoilt kid in school, born with the spoon of privilege sticking out of his mouth who we all thought would suffer for his arrogance, coming back to taunt us in adulthood.

He has the morals of a pig but still gets all the girls. He is fearless because he is willing to hurt others feelings and not give a damn. He abuses people and it is called straight talk. He bullies everyone and is labelled tough. He peddles fear and prejudice as truth. He is Isis.

America loves to oscillate between extremes. Without Obama, they would be no Trump. Without Bush, they would be no Obama. At the heart of Trump’s appeal, is a fight of survival for the huge demographic that he represents. Disenfranchised white men trying to reclaim the threatened dominance of the Caucasian male’s right to lead other men. The irrevocable idea of the all-powerful white male figure, the ultimate alpha male.

Obama like most black men in a white man’s world, had to rise to a high moral ground to survive scrutiny as a leader. Trump is not subjected to the same value standards and he is honoured as a marauding barbarian who has the guts to voice the deep seated exceptionalism of white male supremacy.

Trump is a sanctioned closet racist. Coming after Obama’s fairly consequential presidency, it is a real blow to the work he has done dignifying an African identity in the eyes of the world.  Reality does not necessarily follow our expectations and Obama’s presidency revealed the true face of modern racism.

Trump appeals as his own man. One not encumbered by the rules of what is termed a ‘good man’ scoffing at good values in a way that is arrogantly brilliant. He has turned the world media into lap dogs fixated on his badness.

Maybe that is why Trump is so annoyingly familiar. He is made of the same stuff as our local narcissistic politicians who do not have to play by the moral rules that bound the rest of us.

Even good men admire those bad men who are dedicated to their cause in a way that is both selfish and valiant. It is a quality that has resonated with a large constituent of oppressed men unable to define masculinity on their own terms. In Trump, they are granted the permission to be bad again as a way of dealing with the suppressed feeling of vulnerability and political correctness of the modern world.

In the book The Way Of Men, author Jack Donovan writes, “Being good at being a man isn’t a quest for moral perfection, it’s about fighting to survive. Good men admire or respect bad men when they demonstrate strength, courage, mastery or a commitment to the men of their own renegade tribes. A concern with being good at being a man is what good guys and bad guys have in common.”

Perchance, that is the answer to Trump’s appeal. Here is a man who knows what he wants and does everything to achieve his ends. And…that is a quality that gets bad boys admired and hated in equal measure.