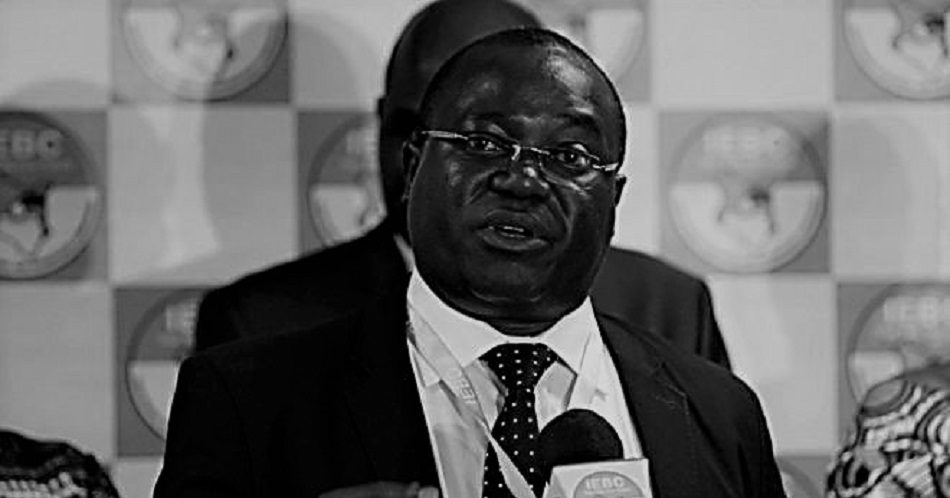 Then two days later, I picked the news off my twitter feed. The missing man had a name. Chris Msando. He was playing an important role as the ICT manager of the IEBC. He did not slip in his bathtub and crack his skull or suffer a heart attack in the gym. He was murdered and probably died protecting my right to vote in a credible and fair election. There was a sense of deep trepidation on the day that Chris’ body was discovered lying at the city mortuary while a search party was out. His body had been found in a forest, alongside that a young woman later identified as Caroline Ngumbi. The bodies had signs of a gruesome death.

The news clips began to appear on rotation on TV stations, of Chris’ last interviews revealing a man who appeared competent and passionate about his job. His death had become a subject of national debate as pundits turned into investigators and fingers were pointed in every direction. I was still not sure what to feel. There was the comforting thought of applying an old coping mechanism, “Not my circus, not my monkeys”? Even if I felt something, what could I do other than share in the learned helplessness and detachment of all Kenyans when confronted by unsettling political truths.

A day after Msando’s murder, I made my way to Uhuru park to be in solidarity with a handful of protesters, largely drawn from the civil society and concerned citizens who had gathered at the Freedom corner. They sung somber songs, holding cardboard placards with messages of protest and mourned Chris Msando’s brutal execution. He was one of us, a regular Kenyan serving his country and he had died in line of duty. His death should have mattered.

As I hurried up chasing the small procession of protestors making their way to the IEBC offices at the Anniversary Towers, opposite the University of Nairobi’s main campus, through a busy city, this murder most foul was a mere distraction. The procession was trailed by a old white pick up with speakers mounted and Eric Wanaina’s song “Diama Kenya?” sounding like a dirge, providing the only indication that the crowd was in mourning. Nairobians, commuting to their daily activities of hustle spared but a glance at the procession.

The protestors had a statement to deliver to the head of the IEBC, Wafula Chebukati and share in solidarity in the loss of a staff member. They were more journalists in attendance than activists and the number of onlookers swelled attracted by what appeared to be a live news event.

A man at the heart of a crucial election had died and the country did not quite know how to react to his demise. I had expected some outrage, from all sectors of society but all I registered was a privatisation of grief. As though people wanted to be alone in their pain aware of the futility of making a spectacle over it.

Is this what deep psychological stress, apathy and pervasive fear of the unknown looked liked on the grand stage? Maybe the best coping mechanism, was to ignore your fears, to bury it like an old trauma and work on forgetting all those things that bring pain. Chris Msando was just another name in the long list of unresolved high profile murders.

Had I become so hopelessly cynical with the knowledge that after the charades, it would be business as usual? What does one do in the face of a tragedy we seem to have no way of forestalling. This is the new reality of normalcy that were are living in with its Orwellian dictates that talk of normal murders, normal robberies and normal corruption.

It is easy to blame the politicians for all this unsettling state of affairs. We complain about politicians yet they are merely a reflection of who we are. Politicians do not operate in a vacuum. They are the best we have to offer and a citizenry gets what they deserve. The irony of it all, was that if the people have power why are they so willing to give it up? I had more questions than answers.

This is the new normal and many Kenyans cannot wait to vote and be done with the elections so that we can return to our “Normal lives?”

But what is normal about the lives we live anymore?