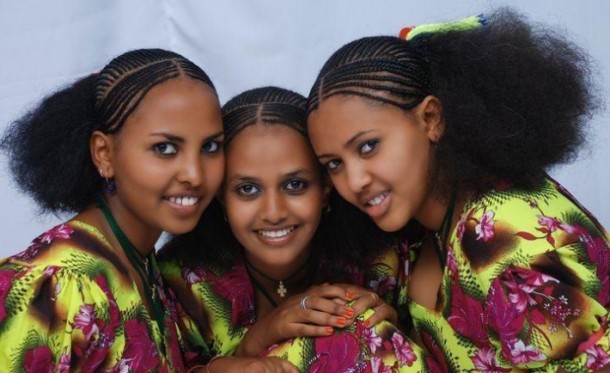 A hoax story about the Eritrean government offering brides for polygamous marriage as a national decree went viral. Predictably, it provided much needed escapism in Kenya’s social media space, following the tragic attack of a KDF Somalia camp. Kenyan men only heard, “hot chicks, no courtship required” and they all wished it were true. The exotic fruit has never lost its appeal. The notorious Team Mafisi packs pounced on the news item and milked it for all it was worth. The memes were funny but the undertones, not so much.

“Fisi” is Kiswahili for ‘hyena’. “Ma” connotes plural. In Kiswahili and most African languages, term ‘fisi’ is packed with teachings because culturally animals are used to illustrate human traits.

In African folkore, hyenas were always characterized as the bad boys of the animal kingdom. Hyena tales were used to teach refrain against greed, gluttony and opportunism. “Why are you behaving like a hyena!” a mother would say at the table. As recently as the 70s and 80s, hyena-human encounters were fairly frequent. In parts of rural Kenya of the old, it was said, that hyenas were such opportunists that they escorted villagers home, salivating over one’s swinging hand in the hope that it would fall off. Teenagers boys who loved to foray at night in search of ‘village parties’ were warned to look out for “Night runners, cattle thieves and hyenas”. Hyenas were generally considered cowardly but dangerous and thought to laugh badly. Hyenas laugh loudly and human mothers worried that children would be wrongly influenced. So if you laughed hard with your mouth open, you would be told to stop laughing like a hyperventilating hyena with asthma.

Where I hail from, Otoyo is the Luo word for hyena and was considered a backhand compliment. A man nicknamed Otoyo was known for notoriety. Mostly womanizing or acts of bravado. If a guy showed up in a simple Nyanza village compound in a Range Rover Sport and said something as boisterous as “I only took 3 hours ago from Nairobi and I was not even driving fast”, instead of his mates going, “ Why are you boasting?” they would simply say “ Otoyo!” The Vitimbi actor Samuel Mwangi who went by the stage name Otoyo Obambla was one the first characterizations of this haughty Luo stereotype on mainstream TV that has now become a local comedy staple.

Which brings us to Team Mafisi. Anyone born before 1980 is probably wondering what the Team Mafisi fuss is all about? Since, I am not a native sheng speaker as I still use words like “brathe and pai”, I consulted the experts. Tomah of Sheng Nation, a sheng historian I regularly refer to on linguistic matters said, the term “Fisi” is used to refer to guys who have no restraint. “For them (them fisis), anything goes. It is like the traits of a hyena which is portrayed as always hungry and eats everything.” He added that the origin of the Sheng word “mahangreh” from the English word, “hungry”, is a synonym for Fisi that was popular among sheng speakers in the late 90’s. In other words, Fisi is just a really randy guy who spends a good part of his day and night dreaming and scheming about sex and often an aspiring wannabe player.

Tomah of Sheng Nation shared another variation of the term Team Mafisi that seems lost to our time. “Over the years, Team Mafisi was responsible for protecting the girls in the hood since they were considered “everyone’s younger” sister by every male in the said neighbourhood. The mandate was to protect manyanga wa mtaani not just from outsiders who are yet to be accepted into the fold but all men who would prey and harm or take advantage of women and girls”. This is a role that men only seem to remember only after they start raising girls.

Team Mafisi is a reflection of the current voyeurism culture that is big part of social media’s appeal. Internet is now the best place to ‘check out hot chicks”. Usually a woman out of one’s league and strictly used as a fantasy object. The present day Team Mafisi fans are an emergent lad culture on social media that excuses sexual harassment as some sort of ‘boys-will-boys thing’. Mafisi culture is pack mentality where men hide behind numbers and keyboards as they harass women they collectively fancy, with tardy sexual advances. This notion that beautiful women have to be pestered, just because they are hot! in more ways than one is what makes the Mafisi thing inappropriate. It is a flawed version of masculinity that should be challenged.

Boys in this town need to grow up.

5 thoughts on “Of Team Mafisi And The Eritrean Blues”