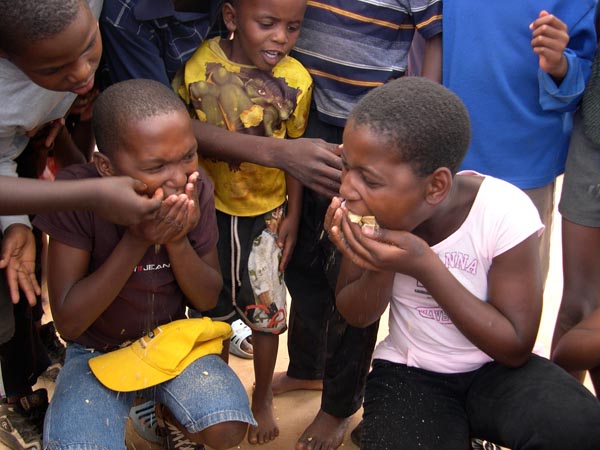 I  caught the tail end of a special feature on Moses Wetangula, a presidential aspirant on a local channel. I was drawn to the visuals and tuned out of the dialogue. That was until the interviewer posed a question on sources of his wealth. He took a defensive position and closed with these words. “I am just a humble man”. I rolled my eyes.

Truly humble people never have to say they are humble. In these parts, this is a word used to cover for raw ambition. When a televangelist talks of a humble home expect to see an opulent mansion with a manicured garden and pool. A musician yapping on about of his humble roots would more likely to be posing next to a gleaming Range Rover. Humble is a word used by nouveau riche folk to apologize for their success.

In a country where the poor stay poor, successful people understand the magic power of the word “humble”. It is the beauty queens equivalent of “World Peace”. A phrase one uses, not because they mean it but because people expect one to.

It is obviously difficult to be humble and run for President at the same time. In a ego contest to prove that you are better than others, humility only counts after you bag the prize. Besides, the electorate has previously held a dim view of humility as a presidential quality. The record shows that in Kenya the humble candidate never got very far. In our politics nice guys finish last. You might remember David Mailu, Joe Donde, Martin Shikuku, all past presidential candidates who came flashing the humble card. The voters left them eating humble pie.

To be taken seriously as a humble contender, one has to die first. Perhaps this will be the enduring legacy of Wangari Maathai. Humility is not something one can show off. One has to embody the virtue. Since that is quality that is reserved for either the dirt poor or living saints, the rest of us only need to act humble.

On the podium clamouring for public office, one has to learn how to fake humility until they make it. Humility won’t get you places before you make it. I can tell you from experience that humility will not faze arrogant watchmen or stubborn traffic cops.  But once one starts reveling in trappings of power, humility acquires the muscle of a good manners. The presidency maybe a peacock show but the public generally expect the prosperous candidate to act humble after gaining power. On the other hand, most fear that power would send the cash strapped idealistic candidate into dizzy fits of megalomania.

Even so, humble origins are a license to flaunt wealth and live large. Emerging from humble background gives one a sense of entitlement. You know you deserve better and will do anything to prove to the world that they were wrong and you were right.  A large proportion of the flamboyant Christian evangelical figures, musicians and sports personalities in this country are drawn from humble backgrounds.

In theory politics used to be a place to voice these humble hopes. Modesty in behavior, down-to-earth qualities, was survival traits for a savvy player. These days tell a politician to come down to earth and they land a chopper in your backyard. The well to-do parade helicopters while the rest of us continue whining about rising matatu fares.

So my humble advice to our so called leaders is, to remember what the late Israel Prime Minister Golda Meir once said, “Don’t be humble, you are not that great”.

1 thought on “Of Stuffing The Humble Pie”