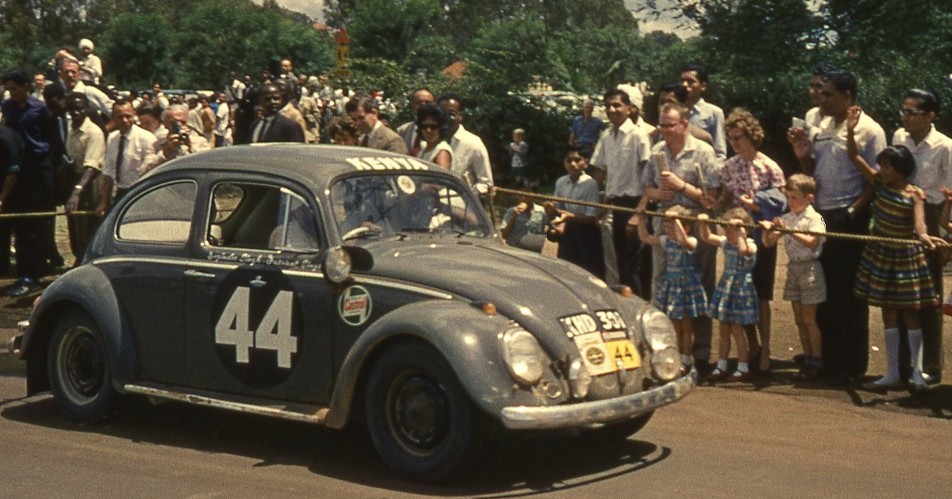 The guidebook author discussing budget travel in the third world (that includes Kenya) will predictably portray a country bus trip as an idyllic way to achieve a one on one cultural experience. That’s because they have never been on a country bus to Wajir.  A bus ride out here is an escapade, the kind that I would not encourage you to seek.

It provides little in way of excitement unless you find roadside hawkers fascinating and most roads are bad enough to distract you from Kenya’s much talked about beautiful scenery.

The other major set back on being on Kenyan roads is that most drivers think they were born to drive. Public night bus drivers are always in a bloody hurry to get to the other end, only to leave one freezing and hurdled in bus for three hours before day light.

It is not like there is any relief in opting for the new luxury coaches. You know the ones who think it is fair to charge one double the normal fare to cover for the cost of the single soda and a little packet of cookies provided enroute.

The toilet at the back usually comes with the sign across the door “Out of order” so you will end up in a long queue at the stop-over at the prerogative of the driver.

The seats are certainly more comfy if you can figure out how to adjust them, nonetheless anyone an inch over 6 ft will find that the advertised leg room was a rumour. You are also likely to encounter hostesses who do not like to be disturbed once seated.  Let’s not even get into the choice of music.

So, I will say this once. If you can afford it, fly.  Avoid the roads and save your spine. Do not put a price on your comfort.

I don’t even know why they are still masquerading as highways. I would even hesitate to call them roads. It is more like patches of tarmac stringing potholes together. The safari seeker out of freezing Europe may be thrilled by the sight of what could only be animal watering holes in the middle of a major highway but as a driver in a car that is about as old as the republic, there will be little to grin about.

I speak with authority on this matter. Have you been on the Nairobi-Kisumu highway lately? I will tell you one thing. You are not missing much. Road travel is not what it used to be especially if you do not own a huge four wheel drive with off road tires built to ‘explore Africa’.

If I sound bitter, it is with good reason. A road trip that is more than two hours outside the city limits is gaining the attributes of a rhino charge. Beyond Naivasha, it is a mess. No man with feelings for his vehicle should ever try what I did.

I recently drove a Volkswagen Beetle from Kisumu to Nairobi and it was the East African rally all over again. The Beetle may have been built to cross a desert but clearly only somewhere in Europe.  When I eventually got to Nairobi before nightfall, two days later, I felt like I had been kicked down Suguta valley trapped inside a tin drum.

I suffered two breakdowns and none of them had anything to do with the impeccably tuned engine as critics of German engineering would allude. The cause of the car’s extreme structural distress on both occasions was a pair of mean looking potholes (more like excavations) that I christened ‘the ugly sisters’.

Please bear in mind that I had not strayed into a game park. I was on the A104, the main highway to Uganda.  What’s more, I ate bucketfuls of dust while fixing the punctures, simply because fellow road users in bigger cars sped past every time I tried to flag for help.

I should not be surprised. I looked a bit suspect; the classic highway robber profile. Would you stop for a dust covered black man, waving a wheel spanner frantically in the air in baboon country?

Besides who in their right minds takes a Beetle out on these roads. The bodywork was rattling, my teeth gnashing at speeds of 60km/ph. The mechanic had said the shock-absorbers were genuine so it had to be the uneven road surface.

Which must have been how I also wore out my new retread tires, and ended up booked by an overzealous cop for this traffic offense; driving vehicle with ‘bald’ tyre. That’s what you get for talking back to an officer. Where is the justice in this land?

I would love lodge a complaint with some fat cat, high in government, if the security guard would let me past the reception. The outspoken spokesman, in his fidgety manner would probably accuse the media of the usual biases, almost certainly offering to take the disgruntled journalist on a tour to refute the claim.

This is not say that they are no properly paved roads in this country. They exist but in most instances only to lead you onto bad ones. Has the government confined us to the single harsh reality of urban congestion? I would think so.

But to be fair, the government isn’t snoozing over the matter. They have gone out of their way to deal with the problem by hiring out more choppers to ensure the dignitaries get to their destination in good time.

We are therefore forced to turn to the Insurance companies for more relevant policies to give us something to smile about for a change. Why isn’t Death of Vehicle as a result of pothole an insured event? As far as I am concerned, a pothole the size of a baby pool on a transnational highway is a sudden, unexpected, unusual and specific event.

I guess, one can only be nostalgic. There was a time Nairobians could not wait to get out the city. As soon they found a sufficient excuse, usually Easter or Christmas, they would hit the road, crisscrossing the country with all manner of vehicle.

Those were easily the heydays of domestic tourism. Today it is actually cheaper to fly. It is in your spines’ best interests. Blame it on roads. They make for perfect scapegoats when you can’t get through to the man in charge.

If life is indeed a journey, then ours is a labored one.

From the archives: This piece was first published in Daily Nation, Saturday magazine, in 2006 when the Kisumu-Nairobi highway was a mess.