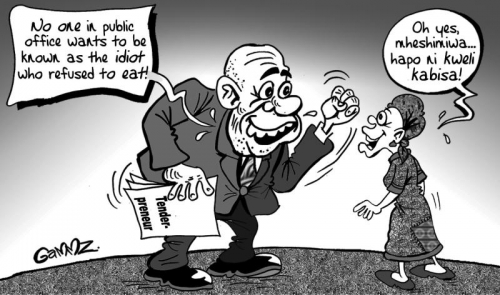 There has been a trending international story of a white American woman, who faked her racial identity passing for black for years, until her parents blew her cover recently. Black America got incensed to no end and it set off a prolonged media debate about race and identity in the US. I find the story relatable. At least the bit about faking it and fooling everyone until you make it. Just off the top of my head, I can count 5 jokers who have successfully passed as governors and benefited handsomely while at it. Once a man is perceived as well off, amazing opportunities open up and one would be a fool not to exploit it.

No Kenyan in their right mind would spend a lifetime building a business empire these days. That is simply not working smart. Not when one can score some quick and lucrative tenders, grab some public plots and milk a public company or two. A shady background is rarely an impediment on the road to prosperity and Kenyans by and large suffer from amnesia. To attract media attention and instant celebrity, all one has to do is squander hard cash on something as frivolous as a night out. The further removed from reality of ordinary Kenyans, the better. We are talking about blowing 2 million shillings for a Valentine night. Everyone will know your name after that. If you keep it up for a few more weeks, strangers in the streets would start pestering you to represent them in the Senate. The right attitude takes one a long way in this country. One has to be the kind of Kenyan that would feel slighted and insulted to be associated with a meagre 3 billion shillings. A real tender-preneur would call a press conference to vigorously defend their reputation and start by stating, “What is 3 billion?”

This is why a corruption list of shame is an oxymoron. A corruption list of fame would be more reflective of our reality. No one in public office wants to be known as the idiot who refused to eat. That constitutes a real shame. Your villagers and constituents would condemn you for wasting an opportunity that millions would readily surrender a kidney for. Such serious lack of ambition would become village folklore and children warned never to follow the example of the ex-mheshimiwa now tending goats who had no concern for his own wellbeing. It helps if you spread the wealth around in a Pablo Escobar’s Robin Hood fashion but keeping all the loot for yourself won’t make you lose friends either. A good thief must be known for his generosity for purely public relation purposes. To really solidify your reputation as a misunderstood and slandered good guy, build a roof over a church and there will be really nothing anyone can say after that can tarnish your good name back home.

For rest us in the real world, one salary away from destitution and another recurring domestic financial crisis, all these incidents make for very interesting news. Those who have never known true wealth would vilify the haves and insist that the pursuit of money is the source of all evil. No wonder, a conspiracy concept such as Illuminati finds a lot of credence in mainstream thinking. Yet given how readily anyone who claims to have more money than sense gains notoriety, shows that money has now become the undisputed true measurement of a person’s influence in this country. Fortunately, one does not have to be wealthy. You simply have to act wealthy and no one will tell the difference.

I have come to the conclusion that most Kenyans suffer from class miss-assignment at birth. The majority are actually born trans rich; Rich people trapped in a poor person’s experience. Trans rich is a state of social identity and financial aspiration not matching one’s living reality. These are people who assigned a class at birth but who feel that it constitutes a false or incomplete description of themselves. A trans rich individual may have social characteristics that are normally associated with the financial strapped but in their heads there is no dissuading them of the rich person trapped inside.

Trans rich people experience a period of identity crisis before they come to terms with their true and rich identities. Fortunately, financial reassignment surgery is widely available if you hang in the right circles. The typical cost of a trans rich transition usually includes ‘faking it’ expenses incurred in the years before surgery, during which copy-cat behaviour therapy and living full-time as a pseudo rich person is recommended. The cost of the surgery though prohibitive, guarantees a life of happiness removed from the standard misery of the grovelling masses.

The trans rich crisis is the elephant in the room that sustains the corruption culture at all levels and it easy to see why a competent woman like Monica Juma remains the unwelcome guest in the cesspool of corruption that is our parliament. 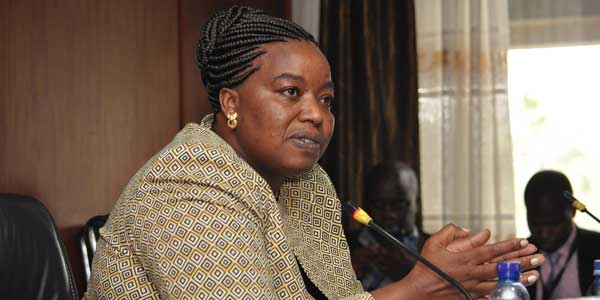 1 thought on “Of Monica Juma And The Cult Of Money”