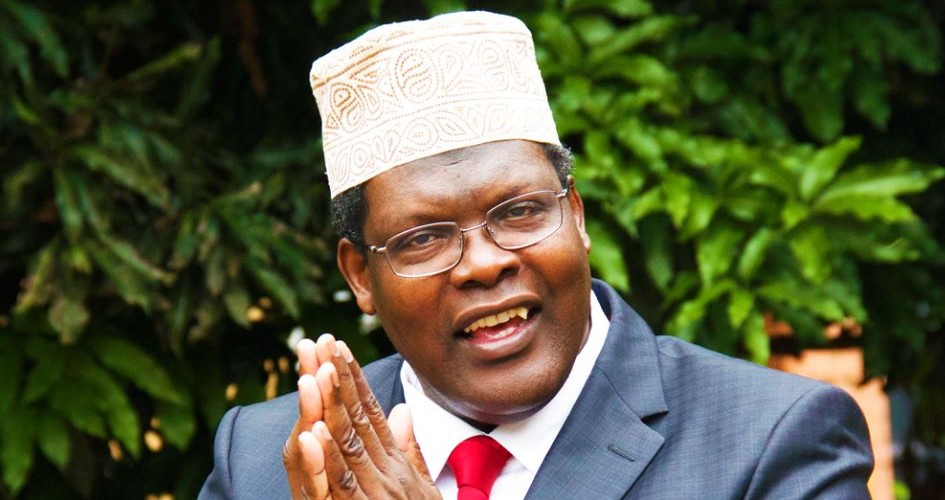 In America, we trust and look up to, so it was not going to be long before Kenyans jumped the bandwagon from Barrack Obama’s good manners to Donald Trump’s chauvinism. Good values are great in private but out in public, running for high office, a touch of aggression, bullying, chauvinism, flamboyance and an air of superiority is how to get noticed as an outsider in politics. The person who speaks his mind, irrespective of how disparaging his remarks are, is still respected for voicing his truth.

Miguna Miguna seems to personify this Trump brand of politics. He takes no prisoners, abuses anyone who disagrees with his position and generally comes across as the kind of intellectual bully who could talk Tony Gachoka under a table.

There is an audience for this style of brazen speech in a post US election atmosphere and it draws attention to the candidate on television. Only last week on the JKL talkshow, Jeff Koinange hosted Miguna Miguna and Esther Passaris, both candidates for Nairobi’s gubernatorial seat in the 2017 election.

There was no love lost between the two as Miguna ripped into Esther Passaris by dwelling on a personal verbal attack. Esther Passaris kept her cool but eventually, the show degenerated into an ugly war of words. Miguna resorted to using an old male card against female opponents. Slut shaming.

The initial audience response to the show was muted outrage directed at Jeff for not restraining Miguna and suppressed chuckles and pity for what Passaris had to endure. Watch the clip below;

Miguna had voiced a belief that many held in private. A woman in politics, is supposed to be accustomed to slut shaming. If she qualifies as attractive, the sexual innuendos will be the order of the day. Women in politics are held to a different moral standard and there is a general disdain for aspiring women who do not conform to traditional gender stereotypes.

While Miguna Miguna’s outspokenness makes even his closeted admirers cringe, his appeal with TV audiences has less to do with his politics but rather his superiority complex. He may have his personality flaws but at least intellectual deficiency is not one of them.

In Miguna, there is something familiar. He is the quintessence educated Kenyan middle class elite who believe they are best placed to run the country because they know more. They are the only ones capable of changing the political equation, if only they could rally their influential numbers from their comfort zones into the trenches of political agitation.

When he lashes out at his less academically qualified rivals, he captures the sanctioned middle class superiority complex. Anyone who disagrees with their worldview is branded an uneducated, small minded bigot and tribalist serving a political demagogue. They can only be looked down at with contempt.

The elitist middle class dissociate themselves with the working poor and the unemployed mostly through educational ranking. They are the proud professionals, smart enough to read the political play but too smug to do anything about it.

The middle class elites are thought to have better analytical skills. They consider themselves better informed than the newscasters, journalists and political pundits on TV. They revel in the power of their social media clout, to generate and control the social conversation. They alone have the solutions.

In the last 8 years, we have seen social media propagate the ideal of intellectual snobbery as the secure glass house of the educated middle class. From behind the screens, they can unleash their frustration on the dumb ones, disparage them, use humour and wallow in the contempt of the uneducated ones, who make all the bad choices. Every election cycle, the working poor are blamed for refusing to see beyond the tribal lenses.

On the other side of the divide, is our “basket of deplorables”. Mike Sonko is belittled as the poster child of the dumb ones. He is one of those leaders who does not display a mastery of the Queen’s language. The ones who walk into a TV interviews without their manifestos and rarely articulate their political ideology or economic plan. The ones with fervent followers whose loyalty could only have been bought in hard cash.

These are the leaders dismissed on social media as irredeemable tribalists or plain thugs.

The solution is to get one of us, from the middle class, who can break free from the force of tribalism with enough charisma to restore our faith in the value of a political life for the highly educated and usher in real change.

In that space, candidates like Miguna find a leg to stand on. You might hate how he says it, but you love to hear how he lords his superior knowledge.

Yet, behind this smug culture, Nairobi’s middle class dread the wrath of the working poor who might prefer Mike Sonko, as governor. The more Sonko is ridiculed in middle class circles, the more he rises in a manner that is eerily similar to Trump’s ascension.

The silent majority’s input might be missing from the feisty TV debates and engaging conversations online but when it comes to the polls, they will make their voices heard.

In Kenya, it is the so called uneducated poor who grant political legitimacy, not the elites on social media.