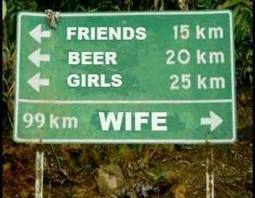 Any parent looking for a secure career option for their child, should consider law. Relationship lawyers are the MPs of the future. That is where the money is. There will be no shortage of work. When a young person wants to get married or leave a marriage, the most important person to consult won’t be some church elders or parents but a smart lawyer. The proposed Marriage Bill 2013 that caused a media ruckus last week will surely see the death of courtship. While courtships used to be about wooing, it will change to woes and most suitors will be facing (law) suits if they make promises they can’t keep. 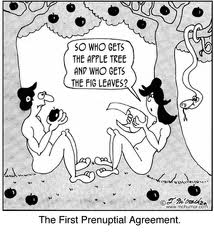 While it is necessarily to acknowledge some empowering aspects to the bill in regard to women’s rights, our society eagerness to ceded marriage resolution entirely to the courts will come with its  set of challenges. We have one foot in the age of prenuptial agreements and I don’t think it will be pretty. I know it is modern, the American way of the make believe marriages we see on TV. As a society, we are dealing with marriage in the same way we have dealt with corruption, enacting laws to deal with the symptoms and conveniently ignoring the root societal causes.

For men caught in this matrix, it will be like living on Migingo island, between a rock and a hostile eternity who constantly reminds one of where the true authority lies. In the court of law dealing with relationships and marriage, gender profiling always raises its ugly head. Men are villains and women the perennial victims. A man can walk into court seeking legal redress for marital grievance but if he hopes to be taken seriously, he has show up with real evidence of grievous bodily harm. Remember the battered man from Nyeri? The jokes have not stopped rolling because domestic violence is comedic when the man is a victim.

The reaction of the Kenyan men on social media captured the underlying dread. The smart ones knew the glory days are over. The innocents will be paying for the sins of their fathers. The new script for marriage is ‘till the courts do us part’. Adultery is grounds for divorce. We have always known that, only this time the female judge won’t be smiling when you use testosterone as a defense.

We are entering an era where men will find themselves cooling off in jail for marital crimes that a bunch of no nonsense elders would have resolved under a tree in an afternoon. The community participation and sanction has been thrown out and in the waking future every little marital grievance will be dragged to court. There used to be channels in the marriage dispute resolution. Evidence was sought, both parties consulted, sermons issued and an amicable resolution was the preferred option. It was the old way. It was long, sometimes tedious but it always worked from the premise that marriage disputes should never be about revenge.

In the long run, it accelerates the emasculation of men, too cowed to raise their voice or worse resorting to violence as a coping mechanism for low self esteem. A decade from now women will be whining loudly about the death of masculinity. The era of community participation in marital affairs is getting behind us. The accountability to the family grouping is no longer required. The individual calls the shots and backed with a court order. Courts present that illusionary quick fix solution. It might seem progressive for now but the goal of finding harmony and balance in relationships should be the bigger concern. The true victims of dysfunctional marriages are the children. A value standard has to be introduced anew in relationships or ultimately we will end up being a nation of single parents by choice and a population of young people with daddy issues.