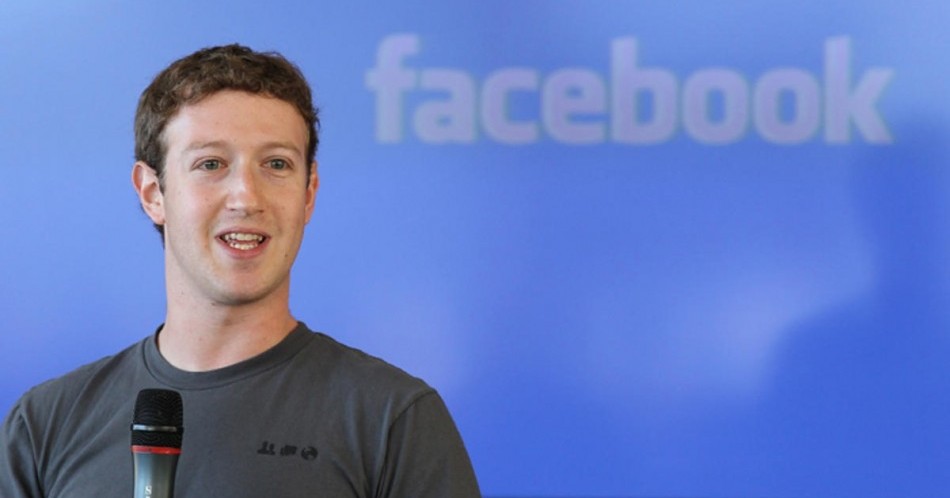 In 24 hours, all the media analysis we had was of the global tech mogul’s disregard for protocols of wealth. He behaved oddly for a man who had so much money. For a dollar billionaire, he was under dressed in an outfit that would be suited for a road trip to Maralal. A plain grey T shirt and jeans must the sign of his famed humility and not necessarily his poor fashion sense. Zuckerberg dresses badly even for a casual look and it passes for cool only because it is audacious. With his kind of money, Zuckerberg could show up in bathroom slippers and make a fashion statement.

Zuckerberg arrived as a tourist, unstated and casually dressed, probably inspired by Richard Branson when Kenyans would have preferred a bit of pomp for man of his stature. This a country where religious sect leaders get tarmac roads washed with soap in anticipation of their arrival. Here was Zuckerberg acting like a man who had decided to take an impromptu break, seeking reprieve from the sweltering Lagos heat and intensity and probably asked his PA, “Are there any cool weather, open spaces with no people, where I can see a giraffe in Nigeria?’

The PA shook his head, “You would have to go to Kenya for that?”

It was a good thing he did not meet the president Uhuru dressed like that. That would have triggered off an international incident on Kenyan Twitter streets #SomeoneTellMarkToStyleUp.

But it was his fish eating photo op that hogged the headlines the next day. Acres of newspaper and online space would be dedicated to fishing for meaning behind Zuckerberg’s simple lunch. Kenyans were intrigued. What did the 5th richest man in the world, the tech genius, the most influential personality of the information of age, the philanthropist, think of fried fish and ugali. Was it better than jollof rice? Settle the debate once and for all! 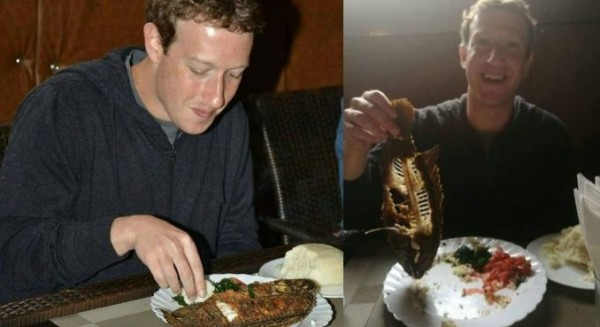 All Zuckerberg dwelt on was Kenya’s tech potential, the amazing Mpesa and how our country and his company could do great things together.

I started wondering if there was something I was missing? Was there a fishy metaphor in there somewhere? Zuckerberg had gone fishing for new markets, getting a feel of his catch with every ball of ugali rolled up in his palm, dipping into the kachumbari of innovation and savouring the genius of mobile money transfer with every mouthful. Maybe that is why he looked so pleased. There was plenty of fish in this sea.

Facebook is a way of life in Kenya. It is the place we go to waste time and look for drama to spice up our boring lives. When an incident is not reported on Facebook, it probably did not happen. It is the first place people check into in the morning and the last port before bed. Facebook is where people’s lives thrive, in a virtual bubble of reality where we work all day for likes.

Yet Mark Zuckerberg in the flesh, was so unlike his awesome online profile. He was like our many friends on Facebook we could have walked past on the street without a second glance.

He was too ordinary. Perhaps, only useful as a good refrain to these new money types on Facebook flaunting prosperity. It would be a good lesson for people who need to face their low self-esteem problems instead of Facebooking it.

Zuckerberg did his meet and greet with the tech influencers, had lunch with the Information and Communication Cabinet Secretary Joe Mucheru at a Mama Oliech’s and then went off on safari somewhere in Naivasha to see giraffes. Then just as Kenyans were warming up to his visit,  he was back in Lagos where he wore a suit and met President Buhari. Kenyans felt slighted for we knew would have to endure Nigerians’ bragging for a good month at least.

I started to suspect that perhaps it was the annual solar eclipse that brought Zuckerberg to Kenya. Weather reports stated that Africa offered the best visibility for sky gazers who wanted to see the ring of fire. Zuckerberg must had some intelligence with set coordinators of the eclipse’s path along the equator that would give him an unrivaled view.

Maybe there was some symbolism in the solar eclipse I was missing? Kenya was the light of Africa, going through a dark patch but we now had the option of rising and shining every morning on Facebook.

In the end, this is what we know for sure.

The Facebook Founder came to Kenya and ate fish with his bare hands and Yes…. he got a lot of likes for that.