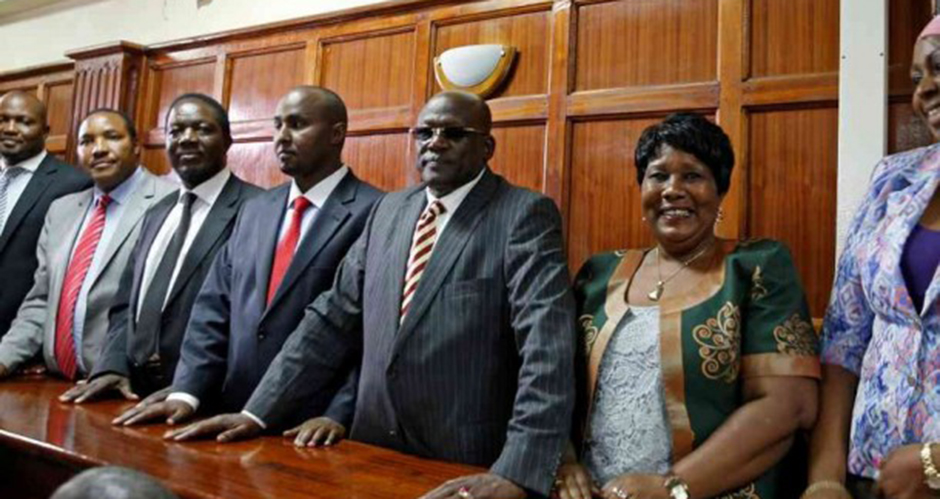 Dialogue was embraced and the idea of peace caravans floated. The Pangani6 had resolved unanimously to preach peace and I suppose tolerance from us (the public) of their annoying political shenanigans. There was also unity of purpose when all the politicians across the board agreed that the jails in Kenya should strongly consider VIP holdings because relieving yourself in a bucket is no way to treat a ‘leader.’ That and the importance of peace. A few days later, Moses Kuria and Raila Odinga met for a lunch date in the city and the media reported that history had been made. Moses Kuria eating osuga and ngege with Raila, the man we thought he loved to hate went to show us we can only believe political hype at our own peril.  I caught the clips on the news and I thought it served as a lousy metaphor for reconciliation. Leaders eating together does not send out the right message. Eating is a word stirs up deep resentment among ordinary Kenyans who have waited patiently in line for decades, for their turn to eat. At the end of it all, we, the captive audience were reduced to deciphering the symbolism of a lunch date between political rivals. Then we had to listen to the varied reactions over the lunch.

I know a lot of reformed ex-convicts felt slighted by the misappropriation of the term ‘jail time’. The Pangani6 talked about jail like they had returned from a team building exercise on Robben island. When a person has been in jail and kept sane through a few years behind bars, they normally try to return to mainstream life quietly without making too much of a fuss. A jail reputation only enhances the career of hip hop artists and politicians. The rest of us remain branded as convicts for life.

I have not had the fortune of knowing too many people who have been jailed personally. Most of my friends are averse to risk. I have virtually no idea about a jail experience other than stuff I picked up from the movies. This has nothing to do with my high virtues as a law abiding citizen. I have known many innocents arrested for forgetting an I.D and locked down for a few weeks because no one could raise the “bribe price” on their behalf.

I have one good natured friend who tried to rope me into a jail visit circuit, supposedly to motivate the incarcerated. I politely declined. Maybe it was the way he said, “Would you like to go to prison next Saturday?” But I have been to prison once, to visit someone I did not know. I had accompanied a girlfriend’s best friend forever, whose ex-boyfriend was locked up for a white collar crime. I was invited because they needed a driver and I was in need of road trip. It was a beat up old Chevrolet pick up that someone tried to pass off as a classic. The kind of car that you need to plead with every so often not to let you down.  We bunched up in the front seat and hurtled down the escarpment to Naivasha Maximum prison. I expected to find a real scruffy guy who looked like he could do with a good scrub and shave. Instead I found a man in a well pressed uniform who was groomed.  The whole experience reminded me of visiting day in boarding school, where I only got visited once a year by family. The inmate was happy to see us for a brief moment before he stated how disappointed he was that none of us, had the good sense to buy a newspaper. It was such a trivial thing to make a fuss about. He did not want our sympathy. What he wanted was the Friday’s Pulse magazine which would have been a welcome break from reading the bible.

That afternoon, I left Naivasha thinking about time and freedom. When we are free in the world, there is never any time for the little things, like a simple read. Yet, even behind bars, it is what you do with time that makes the experience worthwhile. Time is what life is made of. Treasure it.