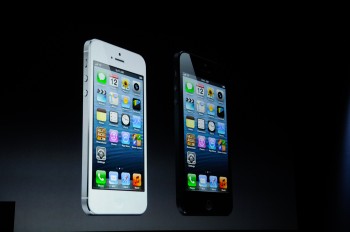 A product launch is headline news if you are company with reputation as large as Apple. So when Apple launched a taller and thinner iPhone5 there was such a media buzz one would think the phone could whiten teeth. There was a rumour mill spinning for days and industry insiders were speculating furiously. They got to me. I was curious. Would this highly anticipated iPhone finally provide the solution to relentless power cuts with its new backup generator feature?

Cameras captured long queues of enthusiastic consumers also known as fans camping outside Apple stores in the cold streets of Western capitals awaiting the release. The privilege of becoming one of the first few earthlings to own the latest iPhone is something to forsake a few days of bathing for. They probably all owned the iPhone4 which was already too old. I hear, in some circles, no one takes you seriously with a phone that is over 6 months old. There are people out there who change their phones more regularly than they buy new underwear. It probably lacked all the necessary features and was not cutting edge enough for the tech savvy crowd. I can only imagine what not having a phone that cannot take photos while you are recording video would do to one’s tech credentials.  What would people say if word got out that your phone was missing the 4G LTE option?

They simply had to upgrade to a new iPhone, a gadget so thin you could not hold it between your butt cheeks.  But as I would get to learn, the rivals, the other guys, the Androids, were not impressed by Apple’s latest product. It failed to deliver that wow factor and lacked all the necessary features like face recognition software.

Ordinarily the launch of a phone or car that I cannot afford is not something I lose sleep over. But I have techie friends who react to new gadgets with such zeal that you would think they were talking about some hot model on TV. When you live on my side of the digital divide, in the land of WAP enabled technology it can get a bit overwhelming. I would need a magnifying glass to type out an email on a phone with a screen that is half the size of a matchbox. My access to the internet is still controlled by a moody modem that I have since named patience. In my part of the woods, a mobile phone has three basic functions; make calls, receive Mpesa transactions and act an emergency spotlight. So these tech wars and gadget rivalries, Apple vs Androids are about as relevant as Fulham F.C title chances in the English Premier League.

I am not technophobe and I was not always like this. There was a time, I was right up there on the cutting edge as one of the first trendy guys to own a Discman in my neighbourhood. Girls my age looked up to me, my mates were envious and their parents thought I was spoilt. But I soon retired to flanks unable to keep track of evolving technology. I have come to accept with grudging reluctance that I am on slow boat side of the digital divide. In a few years, I might become like those old people, intimidated by technology who still thinks they are cool because they have a Bob Marley song as a ringtone.

9 thoughts on “Of iPhone5 and The Great Digital Divide”