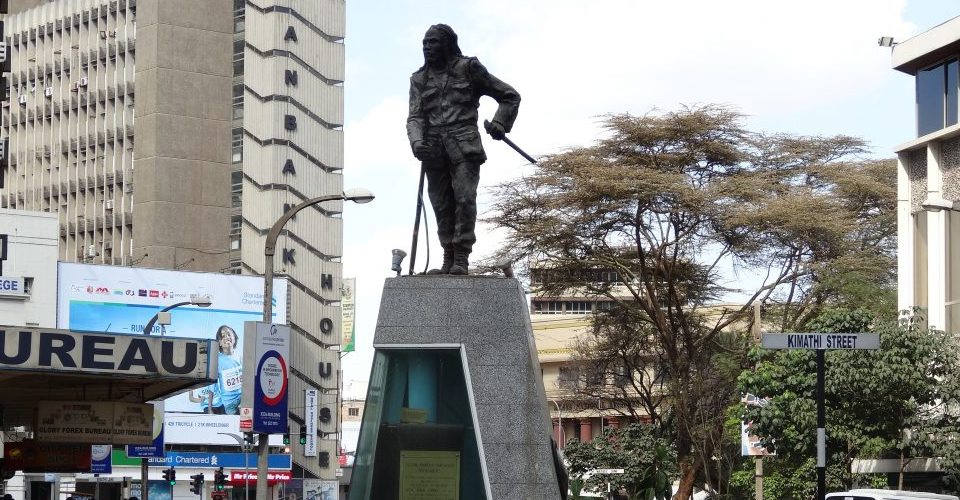 The deserters were accused of being sore losers who should have remained content sucking on lemons and accepting the outcome. Not that any politician in this country ever admits to losing fairly. Disputed election outcomes are the bane of our existence.

Generally in Kenyan politics, if someone does not agree with your point of view, we hurriedly move to conclude that they are an enemy. Those labelled enemies must be hated.  We cling on to that hate because without hate, we would have to face the reality that our biggest detractors are simply forcing us to face our own truth.

Everyone needs a few enemies to remind them of their faults.

The Nyeri Jubilee nominees were wrong in calling the party deserters, independent and rebels. Perhaps calling them party rebels with a personal cause would have been more appropriate. The nomination losers around the country are more of opportunists than rebels. It is about survival. What motivates them is not principle but opportunity. When one door was closed, they trooped around to the neighbours and pleaded until another door was open.  The opportunist is good at finding loopholes in a system and they have a nose for sniffing out any advantages that would guarantee personal benefit. Therefore, all these pundits talking excitedly about independent candidates becoming the swing vote of the election are misinformed.

The long list of independent candidates are the usual disgruntled suspects, stripped of party colours, angling for personal survival by any means necessary. Real independents in this election are a slim minority. When they started out, they were labelled crazy and naive. Their voices of defiance rallying against the status quo were distinguishable above the usual political ruckus because the true independents speak with conviction and are not easily intimidated by the odds stacked up against them.

The closest thing we have witnessed to independent candidates in this election are the original lone rangers, the likes of Abduba Dida, Miguna Miguna, Boniface Mwangi, all men who from the very start were audacious to challenge sanctioned official positions and entered the political contest with shallow pockets. They have been ridiculed and mocked but they keep forging ahead because it takes a certain blend of fearlessness and insanity to be a rebel.

To be a true independent is to be a rebel. It is to choose to walk a lonely path and sacrifice one’s reputation by going against the grain. It is to fight for something bigger than your personal success and to risk everything, including one’s life for it to be realized. True independents are driven by principle and not opportunity.  They have to be clear about what they stand for, ignoring the cynics who will spit on their conviction and they refuse to compromise on their values at great personal cost. Without those values, they have no worth or moral legs to stand on.

What we call rebels in these country are basically reactives. When things are not going their way, they react and the motivation is self-preservation and individualism. Personal interest is the prominent influence and the reactive lives by a simple philosophy, of me-first.

Kenya has no shortage of true rebels, only that our best examples are corpses promoted to glory long after death.  Curiously, in the same Nyeri county where the nominees made the disparaging rebel statement, is the birthplace of one of Africa’s most iconic rebel figure, Field Marshall Dedan Kimathi Waciuri, the revolutionary leader of the Kenya’s Land and Freedom movement that resulted in the Mau Mau uprising.

Kimathi was a rebel with a cause and a man driven by belief and conviction. In 4 years, he rose from a nondescript party mobilizer to the mythical status of a revolutionary freedom fighter. Today, Dedan Kimathi is celebrated as a national hero however in the final days after his capture and sentencing to death by hanging, he walked alone, betrayed and abandoned by those he fought to liberate from colonial subjugation of the British rule.

“The journey to freedom is full of sacrifices, tears, hunger, clothes full of lice, blood and death” Dedan Kimathi

Kimathi’s personal sacrifice and tragic end reveals that courage does not necessarily end in triumph. Rebels rarely succeed in their quests in their lifetimes. But for their integrity and courage, they live on in the hearts and minds of those who admired their convictions long after they are gone.

“I consider myself a great African patriot fighting, not for the liberation of Kenya alone, but for East Africa and the rest of the continent. ” Dedan Kimathi

To exercise that level of independence and defiance that defined Kimathi’s legacy, is to enter the realm of true rebels. By a far cry that is not what the huge surge of Johnny-come-lately independent candidates are about.

Anyone can be rebellious. To become a true rebel one must choose a cause that is bigger than your individualistic frustrations. It is the unwavering commitment to the cause that makes the rebel and not the other way round.

“In my 27 years of imprisonment, I always saw the images of fighters such as Kimathi, China and others as candles in my long and hard war against injustice. It is an honour for any freedom fighter to pay respect to such heroes.”  Nelson Mandela

8 thoughts on “Of Independent Candidates And Rebels Without A Cause”