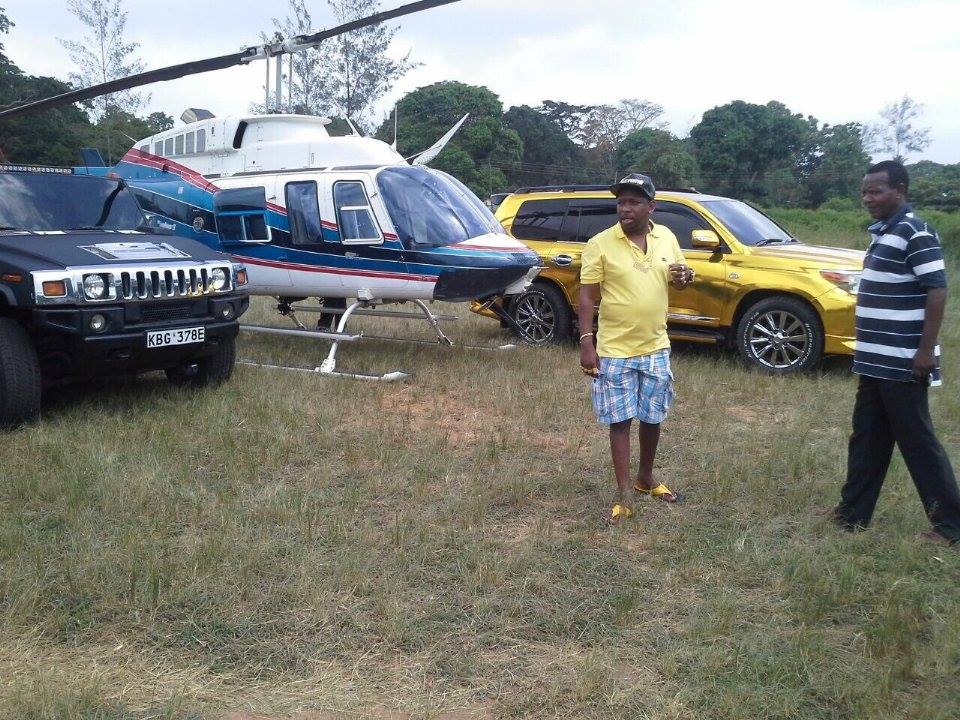 Kenyan news is getting very flighty. If not- yet, another corruption scandal coming to light, it is some personality trivia hogging up media space. Most of last week, social media’s self-styled pundits diverted attention from corruption networks to analyzing the “Presidential Hug”. For the first time in our Kenyan history, the words president and romantic have appeared in the same sentence. President Uhuru’s, timed photo with his wife who finished an impressive 21 km in #BeyondZero marathon killed us Kenyan men. In one simple gesture, he redeemed the hopes of women bemoaning the death of chivalry and we knew we were not going to hear the last of it.

The presidential public displays of affection has become a talking point for traditionalists coming to terms with relaxed attitudes of the times. Those of us raised in conservative times have a different approach to affection. Public display of attention was frowned upon. A politician raising the hand of his wife was about as affectionate as one would get in public. In rallies, men of influence were only expected to introduce their wives to the gathering if they were good looking, an ice breaker to their speech. “Where is my beautiful wife, asimame asalimie wananchi?”

Political figures have never been associated with chivalry, so Uhuru Kenyatta rising status as “charmer in chief” is symptomatic of a narcissistic society desperate for symbols to idolize. Beneath the veneer of adoration is an emerging cult of entitlement that has become pervasive and entrenched in our society.

On Valentine’s week, an ‘aspiring’ socialite who failed to pay a huge hotel bill, ended up enjoying prime time coverage. In under two weeks since her appearance in court as a defaulter, she had gathered enough momentum to become a guest on a trending talk show. This merely because of fraudulent association with a large sum of money. It goes to show that nowadays, money is more revered than god. Having visible oodles of it elevates one into a public personality. Even an Armenian flashing gold and barely coherent in English can be above the rules and sanctioned.

We have evolved into a narcissistic state that worships the ‘special ones’. The craving for admiration has become the drug of choice and people will do anything to get their 5 minutes of fame. On social media, FaceBook Display of Affection rules. Thousands of beautiful baby images, tantalizing weddings, and romantic selfies appear by the minute. Status updates primarily consist of, how hot I look, how cool my life is, what a great time I am having or check out my stuff. Me! Me! Me!

Grandiosity is scaling ridiculous heights. All it takes to get attention, is extravagance. Make a loud announcement that you intend to pay a loose 2 million shillings for a single night at an upscale hotel and everyone wants a piece of the action.

We are indeed in the age of self-promotion, where money speaks and bullshit literally walks. Money is a tool used to feign importance and anyone generous with his cash ends up avoiding scrutiny. Emerging musicians have learnt the power of faking it until you make it. Post a picture posing with dollars and Kenyans will conclude that you hit the jackpot. Politicians have honed their craft into the art of displays and spectacle. The smart politician knows how important it is to be idolized.  To be perceived as rich and generous is the closest one gets to godliness in this country. Flashing money has become to our social relevance, what air is to our body. Without it, we cease to exist.

4 thoughts on “Of Hype, Money And One Hit Wonders”