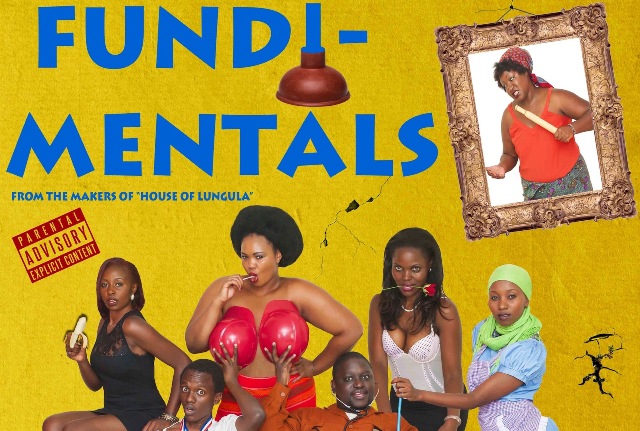 Kenyan based, Greek film maker, Alex Konstantarus of The House of Lungula fame has a new sex comedy out called Fundi-mentals. The name is a pun on musicians’ Ken Wa Maria, catchy song Fundamentals. Only that Konstantarus’ plot is about two handy men who will fix your problems by any means necessary generally leaving people worse off for wear. Fundis used to be respectable artisans with acumen in mechanics and reputations that carried weight. But with the deterioration of the education system and the polytechnics that churned them out, authentic fundis are about as rare as a Kenyan socialite making news with a flat butt.

I have known lots of fundis in my time, they were mostly all foam and no beer and all left me with some pricey lessons. The one problem of driving a jalopy and being mechanically inept is that fundis relish your ignorance. Most fundis have a honing instinct for desperate drivers who have run out of options. When an old car (that should really be preserved for vintage car shows), breaks down in the middle of a transnational highway near a place as removed as Salgaa, a fundi will find you.  They can pass for good Samaritans until they pop open the bonnet, ask some random questions and quickly jump to conclusions. Why bother replacing a spark plug when you get an overhaul? As soon as they say ‘weka mawe”, they proceed to manufacture problems out of thin air and they honestly believe that it takes many wrongs to a make a right. On the city highways, they circle like vultures on the roadside seeking desperate drivers. The tools of trade are a spanner, a screwdriver wrapped in a polythene bag and they will ask to borrow a set of pliers. A roadside fundi never has the right spanner for any nut but that is no issue. What does not budge will be hammered into submission.  They will fish the car for parts, replace them with genuine fakes and leave you with just enough faith to drive away to a fresh and bigger mechanical problem.

Fundi wa mjengo, the so called builders are as notorious. The electricians among them who walk around with a single screw driver that lights up at the tip will probably be a man who freshly graduated from hooking up bulbs in hired tents during funeral wakes in Nyanza. They will rig your house like a misguided terrorist and every time you turn on the water kettle, you end up tripping the power supply of an entire block. These are same guys who discovered that a power transformer’s oil is great substitute for frying potato chips. The best carpenters are in prison. The rest, roaming free are mostly copy artists with a fundi mentality. It does not matter that you may have a picture of the piece of furniture you want made. They will make the chair in their own image.

The fundi makes no attempt at keeping a standard not if there is a short cut and a quick buck beckoning. Money has to be made whenever the opportunity presents itself and the consequences can always be dealt with later. Ex-foremen hold court as road contractors. Former bricklayers are consulting engineers. Fundi-mentality goes all way to the top. Our politicians are the handy men of yesterday, posing as qualified architects of tomorrow’s future. The Fundi mentality has become a national characteristic and corruption is by and large, second nature. Therefore, it is no wonder that buildings and infrastructure in this country are tumbling like a house of cards. The ogre of materialism is feeding on its children.

3 thoughts on “Of House Of Cards And Fundi Mentality”