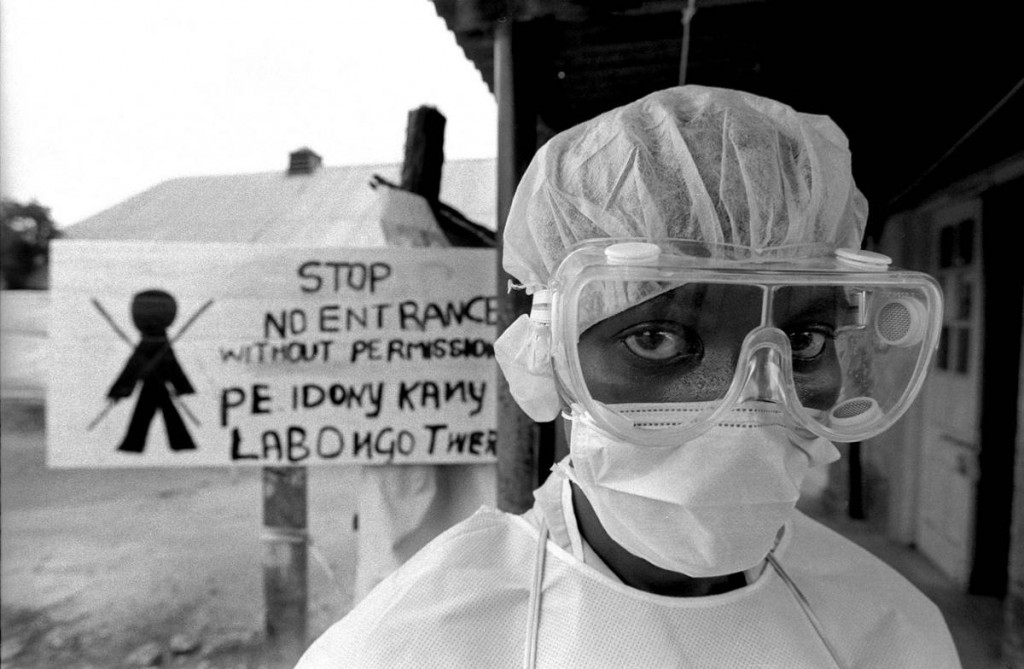 There is bar joke that I first heard from the prolific South Sudanese author Taban Lo Liyong. A group of native villagers who customarily walked around naked were visited by a Caucasian relief worker. She came bearing devastating news of a disease called AIDS that was decimating the African population. There was an outbreak in the towns and it would soon disrupt their blissful lives if precaution was not taken.  Thankfully, the remedy was a rubber sheath that had to be worn regularly.  A condom wearing demonstration was carried out on a wooden penis model and the relief worker warned them to always wear one if they ventured into the city. AIDS has no cure was the final refrain. One month later, a group of villagers ventured into the town and caused a stir. They all showed up naked as per custom with condoms tightly strapped on their members.

I am reminded of the ignorant villagers with the alarming news of the Ebola outbreak in West Africa.  Ebola like HIV before is scaring the living daylights out of people with dark skin. It spreads much like bushfire, fueled by ignorance and panic. There is a serum out there but not quite accessible to those who need it because the cure is still “experimental”. The international press describes Ebola as an African disease even though we have only had cases in Sierra Leone, Liberia, Gambia, Nigeria, 4 out of the 54 countries in the continent. This is what celebrated Nigerian author Chimamanda Adichie meant when she spoke of the single story narrative on Africa. Something that seasoned talk host Jeff Koinange once described as the 4 Ds of Africa, Death, Devastation, Despair and Disease. The darkest stereotypes play off the back of the Ebola virus and the Western press know that when it bleeds it leads and are milking the Ebola story for all it is worth.

Ebola as the popular narrative goes came about from Africans eating bats and monkey brains which in turn spread to human populations.  God forbid you develop a sore throat on an international flight and you just happen to black. You will be in thrown into a quarantine unit faster than you can say ‘Strepsils”. While some countries in Africa are facing a real health crisis, it is hard to dismiss the conspiracy theorists who see a highly convenient opportunity for the mega pharmaceuticals to parachute in with medical supplies to help save Africa from itself.