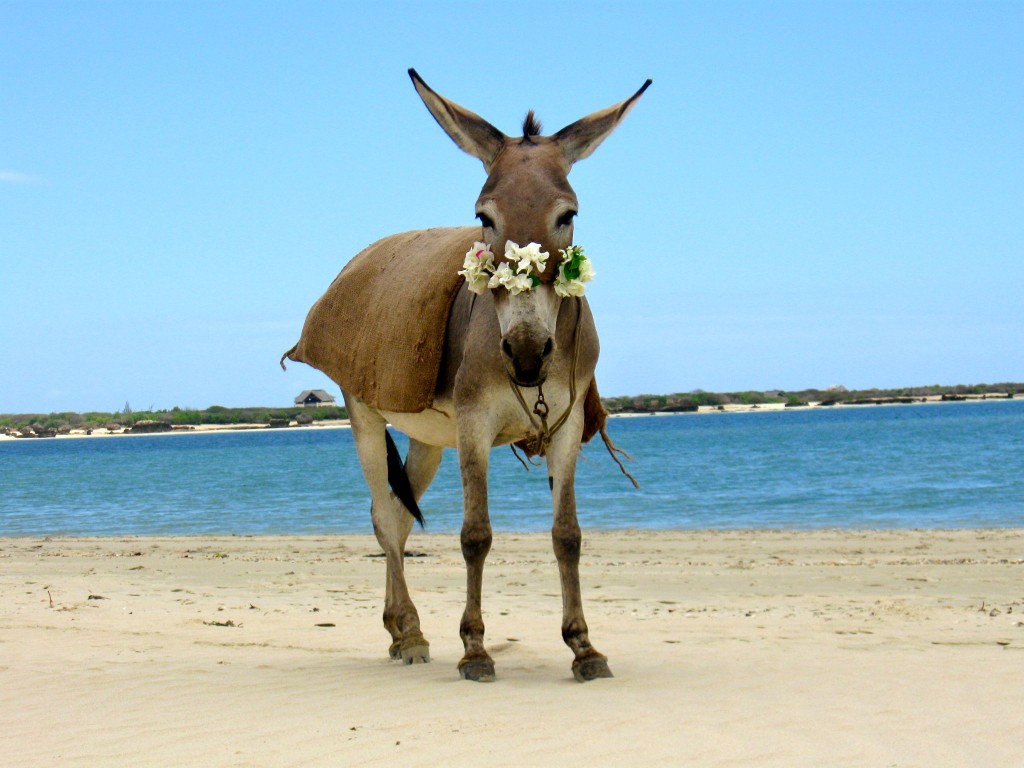 Other than its historical buildings that have somehow defied the passage of time, Lamu town is also known for ( before the Al Shabaab maneno ) for its virtually absence of vehicles. To get around the old historic town twisty narrow alley ways, residents and tourists either walk or hitch a ride on a donkey.

In the year 1985, Lamu town officials decided to make a controversial move. The donkey traffic in Lamu was fairly high and a hygiene crisis erupted. An outbreak of cholera that year, was squarely blamed on the donkeys, producing excessive amount of manure that littered the streets and contaminated the water supply. The town sanitation officials suggested a plan to dress the donkeys in diapers because residents were not too keen on scooping up after their donkeys. The donkey diaper proposal did not sit well with the townsfolk who thought it was ludicrous despite the noble plan to keep ‘Lamu safi”. A government official is on record appealing to the town’s gifted craftsmen to invent baskets, leather buckets or cloth diapers to collect donkey droppings as they trotted along. However, approval from senior government officials in the mainland was slow in coming and the Lamu’s donkey-undies idea was ditched. 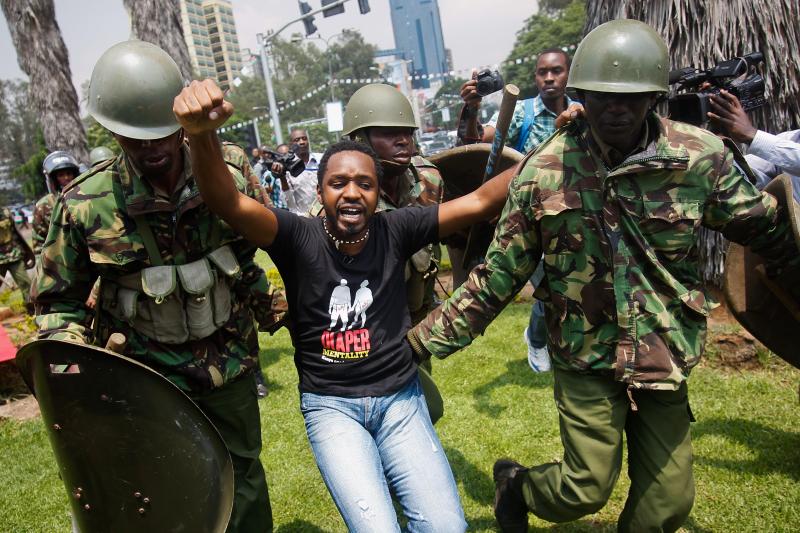 I found myself chuckling at this thought as I stumbled upon photo activist, Boniface Mwangi’s thought provoking photo exhibition, aptly titled ‘Diaper Mentality’ during a recently concluded Story Moja book fair. The photographs dishes out a jarring dose of reality. Boniface Mwangi is a man who knows how to put a point across and he uses powerful imagery to go where few social activists would dare tread. The Diaper Mentality is a no holds barred exhibition. There are no scared cows in Boni’s lens. The president Uhuru Kenyatta made a rather undistinguished appearance, caricatured as a nyama choma attendant, roasting and wrapping meat in a smoky tavern, dressed in a diaper in a satirical reference to his past but not forgotten infamous off-the-cuff remark, “newspapers are only good for wrapping meat”. But besides, the roll call of usual suspects, government and its cronies, (Think Sonko, Pattni) infamous for their public shenanigans, Diaper mentality’s main focus is the ordinary mwananchi behaving badly. 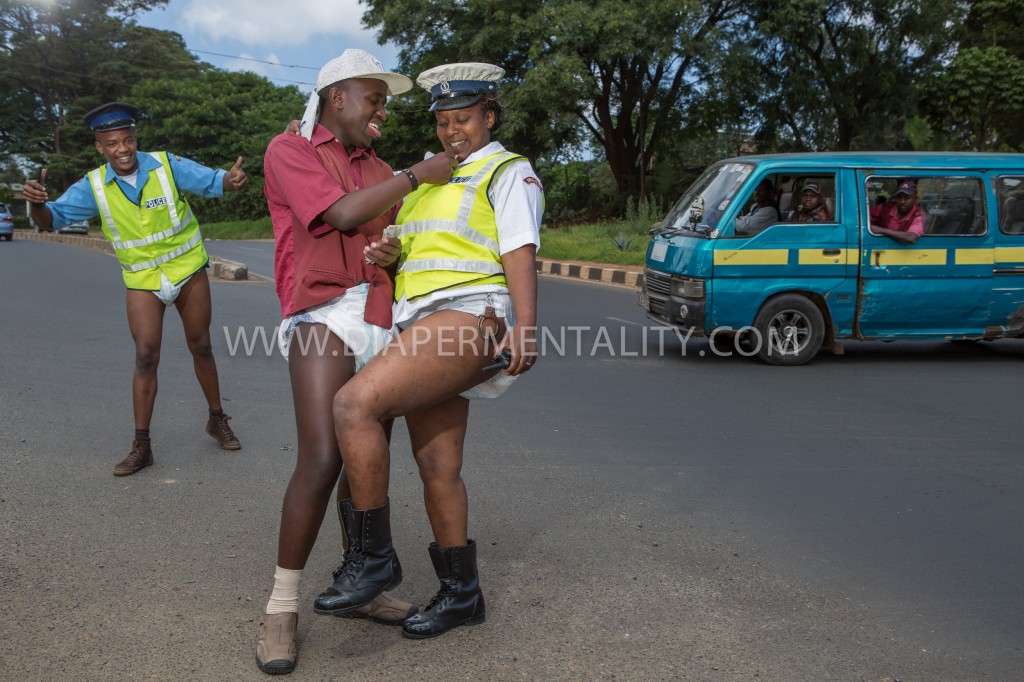 Diaper mentality is evidently become an accepted culture of individualism in Kenya. While we all accept that government never misses an opportunity to display incompetence, civilians are not exactly blameless. A good portion of the ulcer-inducing traffic jams in Nairobi can be traced to a single obtuse driver refusing to give way. The habit of traffic obstruction is so commonplace, one suffers abuse from other drivers for road courtesy. Without traffic police supervision, drivers will be content to glare at each other, gridlocked at an intersection, each protesting their right of way.

I have had the misfortune of witnessing fellows nearly bursting a hernia because someone occupied the designated parking spot in a residential estate, seemingly blind to free parking slots available. Something happens to Nairobi drivers behind the wheel. Probably the same virus that infects otherwise sensible men and women once they get elected to office.

Which is why, whenever I spot bad personal behavior in public places, I think of Lamu donkeys and mutter under my breath, “Stop being an ass and be a responsible citizen or we will dress you in a diaper”.