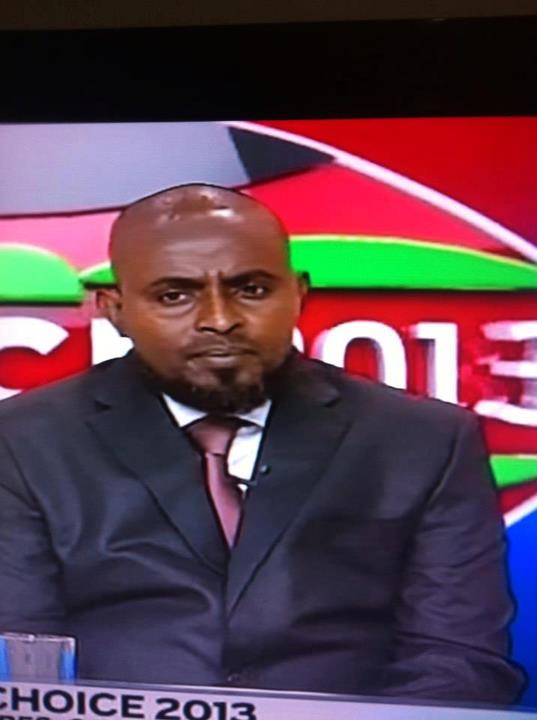 There is a reason they say life is full of surprises. In 2009, in a TV show called Britain’s Got Talent, a pudgy, homely looking 48 year Scottish singer named Susan Boyle emerged from obscurity to international success. The global audience was blown away by the contrast between her homely looks and her beautiful singing voice. People who looked like Susan Boyle were not supposed to sound like Beyonce.

Fast forward to 2013 and back here in Kenya. The pundits had sworn that the historic presidential debate that played out on live TV would not change a thing. The voters were dead set on their choices and the debate would only help affirm their biases.

Then a man named Mohammed Abduba Dida came along and stole the show.  It must have been a depressing sight for the more fancied presidential aspirants. After months devoted to preparation, re watching Obama’s speeches, working on body language, punch lines memorized, wardrobe choices carefully selected and then seemingly out of nowhere, a regular Joe who had previously had no poll ratings, cracks a few jokes and ends up making the lasting impression. Talk about throwing a spanner in the works.

Unofficially, so said the word on the street, Mohammed Abduba Dida won the debate. He raked in the most memorable quotes. He asked the tough questions and posted such original responses, one might have thought he were a prop, a comedic extra whose sole purpose was to lighten the mood during an intense debate. I ran into a list of 12 quotable quotes that included one line classics such as ‘A teacher is just like lactating cow’.  Importantly though, the audience remembered what he said which is really what good PR on TV is all about.

Dida ‘s appeal is his anti politician persona. He was so different from the political class on show, he looked like an imposter. His presence on that stage was very unlikely.  Here was a man from a minority community that was not ‘vote rich’, a Muslim, polygamist, with three wives and 11 children at 39, raised in Wajir, an ex school teacher with no prior political experience who wanted to be president. It had Obama’s audacity of hope written all over it. In the Kenyan political narrative, you have to be rich to achieve your potential. A man like Dida was an outsider who did not belong. I suppose Dida stood out because he did not play by the rules.  It explains why he kept posing his own questions throwing the moderator into a spin.

He did not even bother to use political rhetoric. There was little mention of the typical buzzwords; poverty reduction, job creation, better resource management, sustainable development or lofty GDP figures in his contribution. He was just a frustrated Kenyan will a lot to say about how things were run in the country.

After years of hearing the same empty message of salvation across the divide, most Kenyans have little patience for the hype of campaign pledges. They would rather listen to an unlikely candidate who had something different to add the regurgitated national discourse. In the end, that a candidate of Dida’s humble credentials could have his say and day on a national podium that was previously reserved for the pompous political elite was the crowning moment in the presidential debate.

1 thought on “Of Dida And Unlikely Candidates”